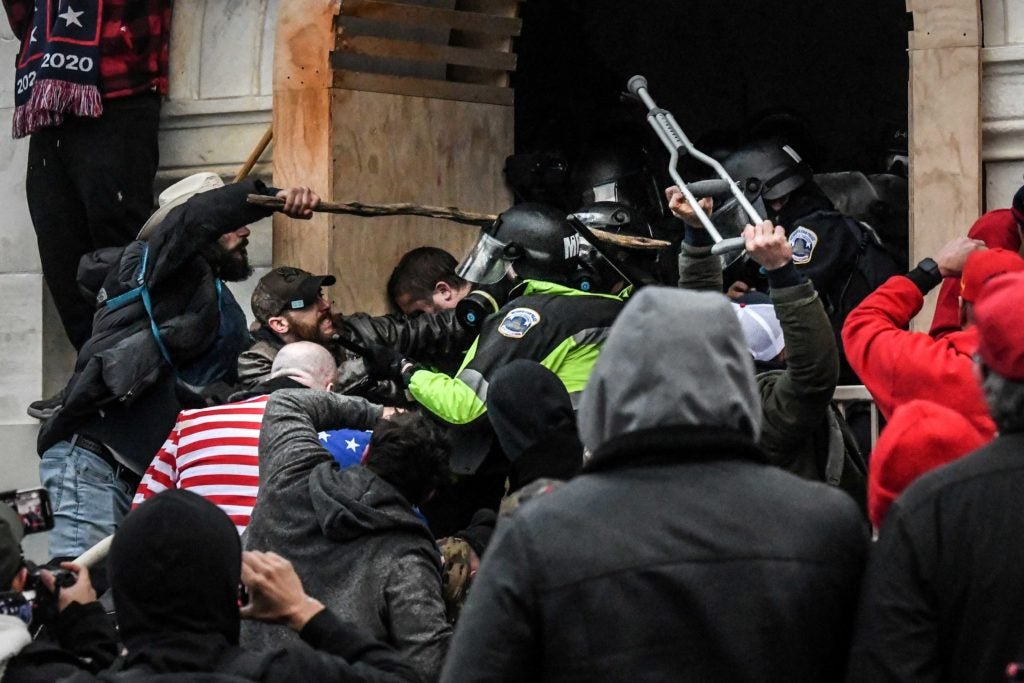 Prosecutors offered that view in a filing asking a judge to detain Jacob Chansley, the Arizona man and QAnon conspiracy theorist who was famously photographed wearing horns as he stood at the desk of Vice President Mike Pence in the chamber of the U.S. Senate.

The detention memo, written by Justice Department lawyers in Arizona, goes into greater detail about the FBI’s investigation into Chansley, revealing that he left a note for Pence warning that “it’s only a matter of time, justice is coming.”

“Strong evidence, including Chansley’s own words and actions at the Capitol, supports that the intent of the Capitol rioters was to capture and assassinate elected officials in the United States government,” prosecutors wrote.

A public defender representing Chansley could not be immediately reached for comment. Chansley is due to appear in federal court on Friday.

The prosecutors’ assessment comes as prosecutors and federal agents have begun bringing more serious charges tied to violence at the Capitol, including revealing cases Thursday against one man, retired firefighter Robert Sanford, on charges that he hurled a fire extinguisher at the head of one police officer and another, Peter Stager, of beating a different officer with a pole bearing an American flag.

In Chansley’s case, prosecutors said the charges “involve active participation in an insurrection attempting to violently overthrow the United States government,” and warned that “the insurrection is still in progress” as law enforcement prepares for more demonstrations in Washington and state capitals.

They also suggested he suffers from drug abuse and mental illness, and told the judge he poses a serious flight risk.

“Chansley has spoken openly about his belief that he is an alien, a higher being, and he is here on Earth to ascend to another reality,” they wrote.

The Justice Department has brought more than 80 criminal cases in connection with the violent riots at the U.S. Capitol last week, in which Trump’s supporters stormed the building, ransacked offices and in some cases, attacked police.

Many of the people charged so far were easily tracked down by the FBI, which has more than 200 suspects, thanks in large part to videos and photos posted on social media.