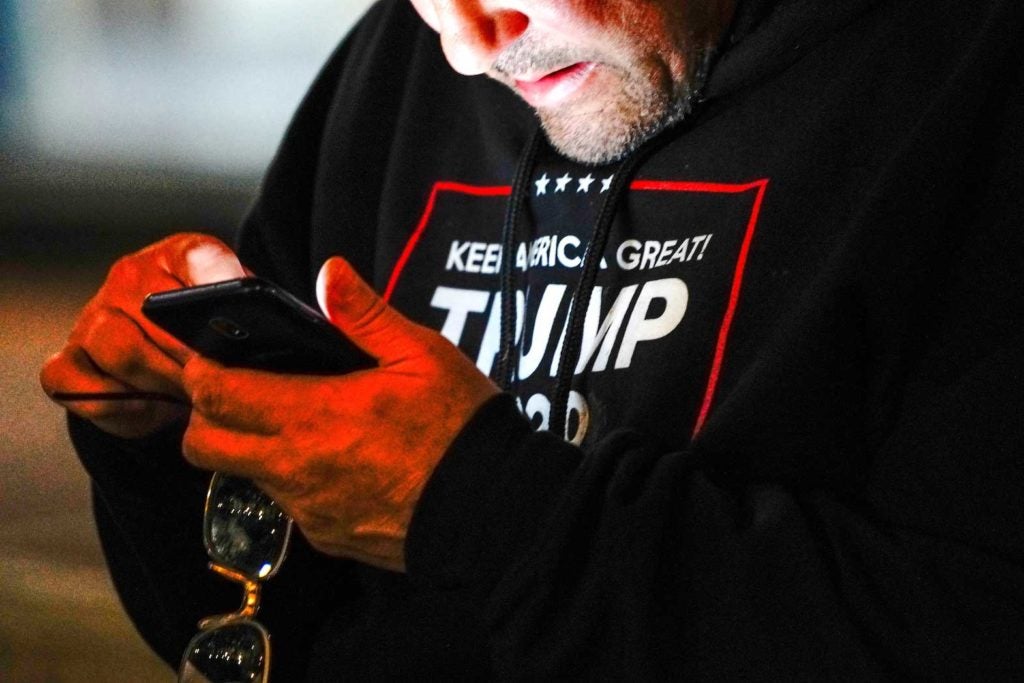 Social media platform Parler, which has gone dark after being cut off by major service providers that accused the app of failing to police violent content, may never get back online, said its CEO John Matze.

As a procession of business vendors severed ties with the two-year-old site following the storming of the U.S. Capitol last week, Matze said in an interview with Reuters on Wednesday that he does not know when or if it will return.

After this story was published, Matze added: “I am an optimist. It may take days, it may take weeks but Parler will return and when we do we will be stronger.”

Matze said that Parler was talking to more than one cloud computing service but refused to disclose names, citing the likelihood of harassment for the companies involved. He said the best thing would be if Parler could get back on Amazon.com Inc.

Parler, which claims it had over 12 million users, on Monday filed a lawsuit against Amazon’s cloud computing division.

Amazon cut off the social media platform, which styles itself as a “free-speech” space and is favored by supporters of U.S. President Donald Trump, from its servers this weekend for failing to effectively moderate violent content.

In the interview, Matze said its relationship with Amazon appeared to deteriorate overnight and without much warning, an assessment that Amazon disputes in legal filings.

As late as this summer, Amazon invited Parler to join an initiative to connect it with potential investors, Matze said, which was independently confirmed by a source who characterized the offer as standard for startup customers.

Amazon later ended the program and did not secure funding for Parler, the source said. Matze said the company did not need more funding at the time.

By November, however, Amazon had received reports that Parler hosted threatening content in what it says breached the companies’ agreement, according to an Amazon legal filing. Amazon flagged over 100 examples to a Parler executive, such as content exhorting people to “Form MILITIAS now and acquire targets,” the filing said.

In another court filing Wednesday, Parler said that Amazon had not provided proof that the platform was used to incite and organize the Jan. 6 U.S. Capitol siege. It called Amazon’s termination of its services “catastrophic.”

Disinformation researchers have said far-right groups that appeared at the riot maintained a vigorous online presence on alternative platforms including Parler, where they spread violent rhetoric ahead of the unrest.

Amazon was not alone in taking action against the social media company. Apple Inc and Alphabet Inc’s Google also kicked Parler from their app stores.

Matze said, “It’s hard to keep track of how many people are telling us that we can no longer do business with them.”

He said Parler had also been booted from online payments service Stripe and had lost its Scylla Enterprise database as well as access to Twilio Inc and Slack Technologies Inc, a popular workplace messaging app. He also said it had been ditched by American Express Co, but the company said it did not have a direct merchant relationship with Parler.

ScyllaDB and Twilio said Parler violated their policies over violent content. Slack and Stripe did not immediately respond to Reuters requests to comment.

Matze said that Parler relies on about 600 paid and unpaid “jurors” to make decisions in small groups on problematic content.

He said he thought Parler had done a good job on moderation but was trying to be more proactive. After vendors told the platform there was a problem, Parler had put an algorithm in place by the end of Sunday to flag problematic posts, he said.

Amazon Web Services did not immediately respond to a Reuters request for comment about the algorithm.

As of Wednesday, Matze said there had been no changes to investors in Parler. Hedge fund investor Robert Mercer and his daughter Rebekah Mercer and conservative commentator Dan Bongino are investors of the service.