Journalists from Kaiser Health News and The Guardian have identified 3,142 workers who reportedly died of complications from COVID-19 after they contracted it on the job. Reporters are working to confirm the cause of death and workplace conditions in each case. They are also writing about the people behind the statistics — their personalities, passions and quirks — and telling the story of every life lost. The following are among the most recently reported deaths of Filipino American front-line health care workers. 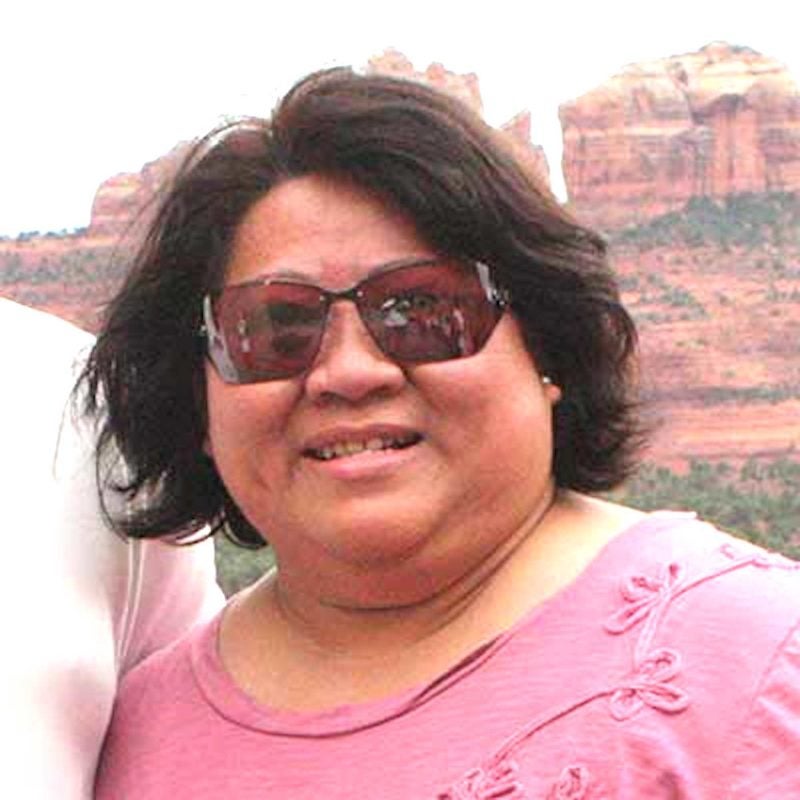 Saludacion “Sally” Fontanilla and her husband, Ben, did almost everything together.

Friends since their high school days in the Philippines, both worked as registered nurses at the St. Mary medical center in Apple Valley, California. They shared a love of travel and were more than halfway through their odyssey to visit all 50 states.

The Fontanillas also suffered Covid-19 together. Ben was hospitalized for five days. Sally was in the ICU for two months before she died, according to an online biography posted by her family. They would have celebrated their 20th anniversary this year.

“She was adventurous and daring,” going against family advice to come to the United States, Ben Fontanilla said. “She wanted to explore the world.”

Sally Fontanilla had completed nursing training in the Philippines and started working in California in 1993 after passing US nursing boards. She worked at St. Mary for 23 years, her husband said.

Fontanilla had asthma, diabetes and other health issues and stayed home for the first months of the pandemic, her husband said. At the beginning of July, with short-term disability benefits running out, she returned to work.

“I told her she could quit,” Ben Fontanilla said. “But she was bored.”

Within two weeks of working on the hospital’s Covid floor, she developed a fever and cough.

Nurse practitioner was devoted to her family and patients 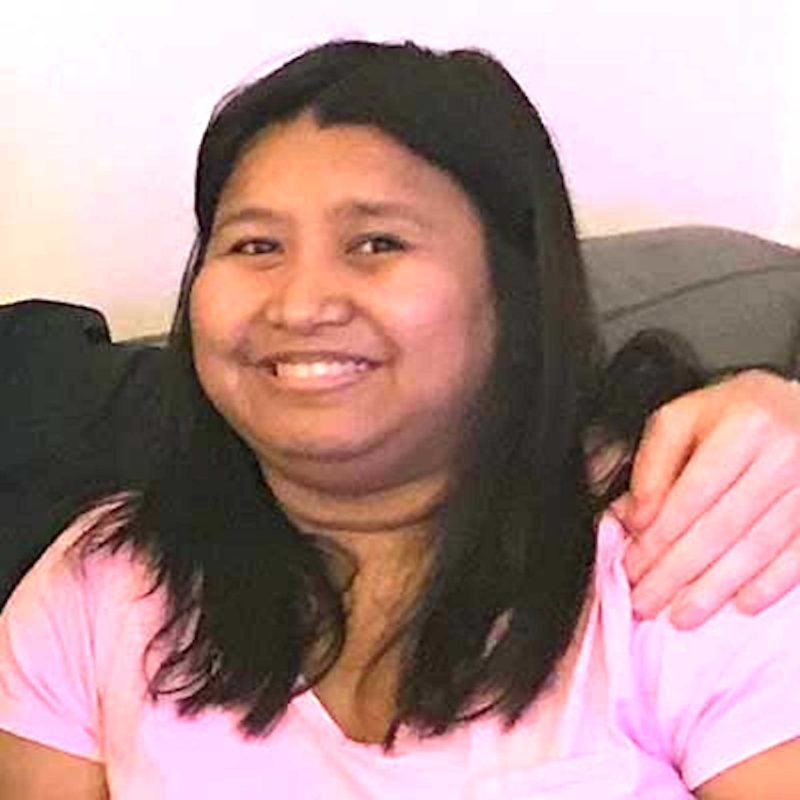 Nueva Parazo was a doting daughter who wanted to spoil her parents. “She always makes it a point to bring me and her mother to fancy restaurants,” her father, Chito Parazo, said.

The family’s only surviving child – an older brother, Xerxes, died at age nine back in the family’s native Philippines – Nueva saw it as her responsibility to care for her parents as they grew older. As a nurse practitioner in assisted living facilities, she would have been uniquely prepared to do so.

Nueva was laser-focused and compassionate at work, her father said. She checked in on patients on days off. A single mother of three children ages 18 to 22, Nueva longed to spend more time with family. She told friends she was interested in pursuing a PhD and transitioning from bedside nursing to teaching.

Chito said that early in the pandemic Nueva struggled to access adequate PPE. She developed Covid symptoms over the summer and was hospitalized in early August. She spent weeks on a ventilator before dying.

CareMore Health confirmed she was an employee but did not respond to additional requests for comment.

Chito consoles himself with memories of family dinners out, time with his grandchildren and the belief his daughter died in the service of others. Still, he struggles to make sense of his loss.

“It’s not the normal cycle of life,” he said. “It should be our children who bury us. Not the other way around.”– Danielle Renwick

Nurse was a lifeline for fellow immigrants 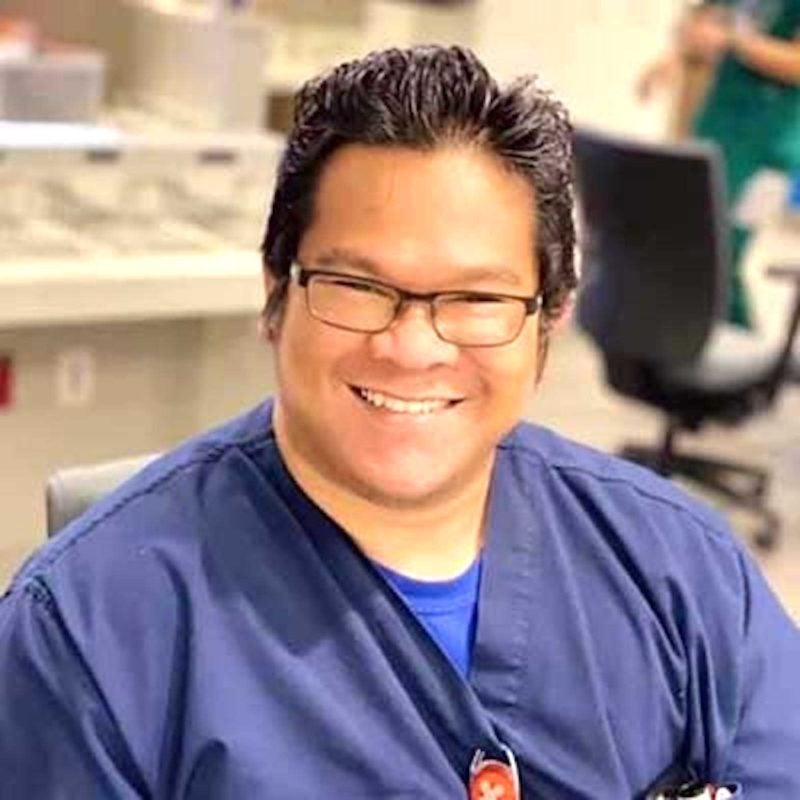 Jason Garcia emigrated from the Philippines in 2006 with dreams of making it in America. He earned a nursing degree in 2010, got married and had two sons. When the pandemic hit, he was in his last year of studies to become a nurse practitioner.

He often hosted family members who visited from back home and was quick to help other immigrant Filipinos settle in when they reached the US, said a cousin, Jean Garcia-Zamora.

“He is my only family here in the States,” Garcia-Zamora said. “He understood the dreams of being in America and what you have to do to help family in the Philippines.”

Garcia-Zamora said his cousin’s colleagues described Garcia as “kind and fun”; he was the kind of nurse who would sit on the bed of even the most difficult patients, easing them into conversation.

Garcia continued to work in a surgical unit as patients with Covid sought treatment. Several nurses tested positive for the virus, including Garcia.

Garcia was reluctant to go to the hospital — “he [believed] that when you go it means you are going to die,” Garcia-Zamora said — but eventually gave in to his wife’s demands that he seek treatment.

After a week in the ICU in July, he was transferred to a hospital in San Antonio, where he spent a month on a ventilator. When he learned he would have to be intubated, he texted his brother in the Philippines: “I love you all.”

Katy Kiser, a representative for Christus Spohn hospitals, said in an email, “So many of our Associates and physicians miss him so much,” but declined to comment on whether Garcia got sick working there.– Zoe Chevalier