Explainer: Did Trump break the law by pushing a Georgia poll official to ‘find’ votes? 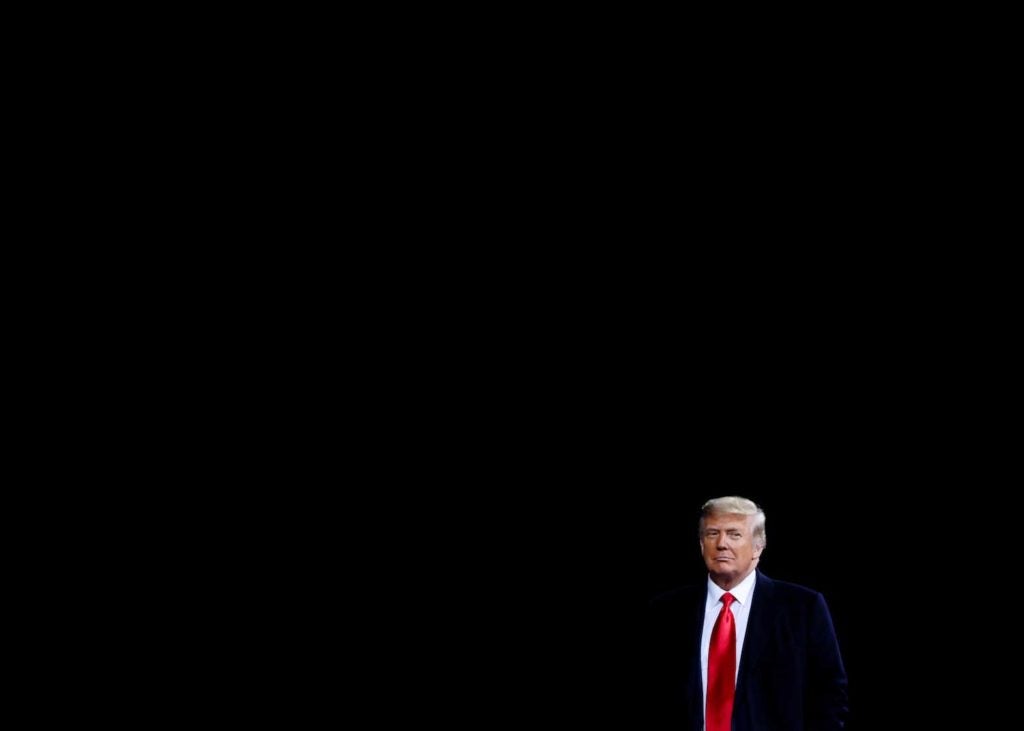 President Donald Trump may have broken a U.S. federal law and a Georgia law against election tampering by pressuring the state’s top election official to “find” enough votes to overturn his loss to President-elect Joe Biden in the state, according to some legal experts.

The experts also outlined a potential legal defense for Trump and predicted that a prosecution of him arising from Saturday’s telephone call with Georgia Secretary of State Brad Raffensperger, a fellow Republican, would be unlikely.

Trump told Raffensperger during the call: “All I want to do is this: I just want to find 11,780 votes, which is one more than we have,” according to a transcript of the call released by the Washington Post on Sunday.

The White House declined to comment on the call.

Here is an explanation of the potential legal violations by Trump, based on interviews with five election and criminal law experts.

Which laws may have been broken?

Georgia has a state law against “criminal solicitation to commit election fraud.” That law makes it illegal for a person to intentionally solicit, request, command or otherwise attempt to cause another person to engage in election fraud.

A separate federal law makes it illegal to attempt to “deprive or defraud” people of a “fair and impartially conducted election process.”

The legal experts interviewed by Reuters said Trump may have violated one or both of these laws.

The phone call was a “flagrant federal criminal violation,” said Jessica Levinson, a professor at Loyola Law School in California, adding that it appeared that Trump was using threats to push Raffensperger to alter a legitimate vote count.

Raffensperger on Monday told ABC’s “Good Morning America” program that a criminal investigation into Trump’s actions could be launched in the state by an Atlanta-area prosecutor, Fulton County District Attorney Fani Willis.

“Maybe that’s the appropriate venue for it to go,” Raffensperger said.

In a statement on Monday, Willis said she found Trump’s call “disturbing” and promised to “enforce the law without fear or favor” if the matter were to be formally referred to her office for investigation.

Raffensperger did not immediately respond to a request for further comment.

A key question is whether Trump actually requested that Raffensperger fabricate votes or was just offering his opinion on the results of the Nov. 3 election, said Georgia State University law professor Anthony Michael Kreis.

In a possible prosecution, Trump likely would argue he was simply offering his genuine views on the election and not making a demand, Kreis said.

Trump told Raffensperger: “We won the election and it’s not fair to take it away from us like this, and it’s going to be very costly in many ways,” according to the transcript. “I think you have to say that you’re going to re-examine it.”

The president also suggested that Raffensperger could face consequences if he did not state publicly that there were thousands of shredded ballots, as the president seized on an unfounded election fraud allegation.

“That’s a criminal offense,” Trump said. “And you can’t let that happen.”

The legal experts said prosecutors could argue that Trump’s power as a sitting president, combined with the vague threats of prosecution, amounted to him making an unlawful demand of Raffensperger under the Georgia statute.

Kreis said a damaging piece of evidence against Trump was his request that Raffensperger “find” a specific number of votes – just enough to put him ahead of Biden in Georgia. This indicates Trump was trying to change the election’s outcome and threatening Raffensperger if he did not help, Kreis added.

“He is exerting his power to browbeat the secretary of state into finding votes that were not cast,” Kreis said.

Biden defeated Trump in crucial election battleground states including Georgia that the president had won in the 2016 election.

“It is illegal under both federal law and Georgia statutes to solicit the commission of election fraud, and it is hard to interpret the president’s threatening call demanding that election officials ‘find’ votes for him otherwise,” said Duke University School of Law professor Lisa Kern Griffin, a former federal prosecutor.

“Reaching out in a back-channel call to a secretary of state to attempt to have vote tallies changed outside of official channels, especially after courts have rejected post-election challenges, raises serious questions under federal and state law,” added Michael Morley, a Florida State University professor of election law.

Criminal laws generally require a guilty state of mind, or a deliberate intent to carry out a crime. If Trump were prosecuted, he would likely argue that he genuinely believed the election was rigged against him, said Justin Levitt, an election law professor at Loyola Law School.

“The only way in which the president did not commit felonies under both Georgia and federal law is if he sincerely believes there are 11,780 legitimate Trump votes that have not yet been counted, despite three different recounts,” Levitt said.

This would enable him to argue he was not “willfully and knowingly” trying to interfere with the election and did not have the intent that the criminal statute requires, Kreis said.

What are the chances of Trump being prosecuted?

The experts expressed doubt that federal charges would be brought against Trump, noting that Biden has said that a Trump criminal trial would not be in the national interest and could further divide a polarized country. Biden has not addressed Trump’s phone call since it was made public.

Bob Bauer, a senior Biden adviser, said in a statement that the call captured “the whole, disgraceful story about Donald Trump’s assault on American democracy.” The statement did not mention the possibility of prosecution. Bauer did not respond to a request for comment on whether Trump should be prosecuted.

Biden is due to take office on Jan. 20, meaning any decision on federal prosecution would be made by the incoming administration after Trump leaves office.

Could Trump avoid liability by pardoning himself?

Trump in 2018 said he had “the absolute right” to pardon himself as part of the presidential executive clemency power. Legal experts have said it is unclear whether a president can legally issue a self-pardon. No president has ever tried, so the courts have not directly weighed in on the question.

The White House declined to comment on the possibility of a self-pardon.