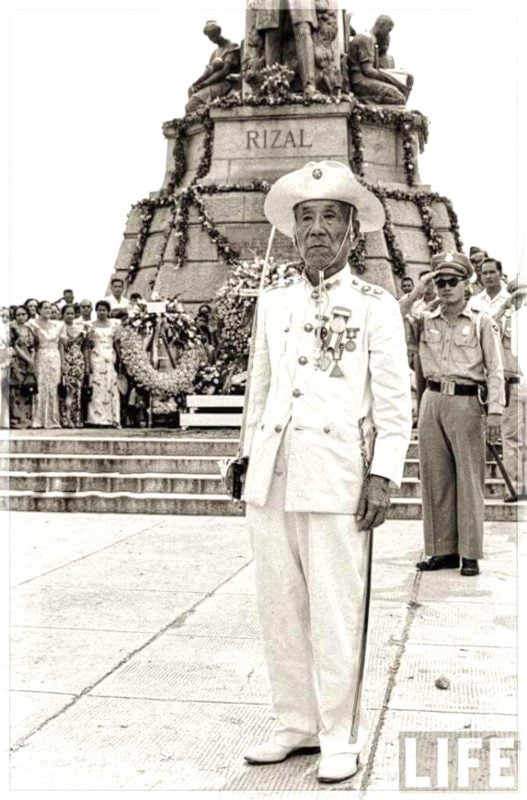 A veteran of the Philippine Revolution featured on Life Magazine cover.

Remembering the past is important. That’s certainly true after a terrible year and as Filipinos continue to grapple with multiple crises, including a global pandemic and a bloodthirsty regime.

As we officially begin the 2020s, here are 12 anniversaries worth remembering in 2021.

March 16, 1521 — it’s one of the important dates Filipino children are taught. That was the day Ferdinand Magellan, the Portuguese explorer who led a Spanish expedition, arrived in the archipelago that eventually would become known as the Philippines.

The folk singer Yoyoy Villame even sang about it in a quirky popular tune that echoed the distorted, Eurocentric view we were taught as children that Magellan and the Spaniards “discovered” an archipelago that already had thriving societies and cultures when the conquistadors landed on Homonhon Island.

The sequel to Jose Rizal’s Noli Me Tangere was published in 1891 at a time when Filipinos were starting to get tired of Spanish rule. A year later, the Katipunan was founded, setting the stage for the major uprising that would eventually end the Spanish era in the Philippines

125th anniversary of the start of the Philippine Revolution

That uprising began 125 years ago in 1896 which eventually led to the creation of the first Philippine republic two years later. Unfortunately, it didn’t last. The US invaded the archipelago two years later, and the Philippines turned from a Spanish colony to an American colony.

120th anniversary of the Balangiga Massacre

American rule was bloody and brutal. This year we remember the September 1901 massacre in Balangiga, Samar when US forces slaughtered more than 2,000 Filipinos, including children.

And the bloodbath raged even in the south where in 1906 US forces killed hundreds of civilians trapped in a mountain crater. Mark Twain himself was so outraged by the incident which the US military claimed was the result of a battle that he wrote, “In what way was it a battle? It has no resemblance to a battle … We cleaned up our four days’ work and made it complete by butchering these helpless people.”

80th anniversary of the start of World War II

The US eventually tightened its grip on the country which made the Philippines a prime target of the Japanese imperial forces when World War II broke out. The world marks the 80th year of the attack on Pearl Harbor and the Philippines which marked the start of the Pacific war.

75th anniversary of the end of US colonial rule

And after the war, in July 1946, the US finally granted independence to the Philippines ending half a century of American colonial rule.  Of course, in the decades that followed, the US maintained control in many other ways …

55th anniversary of the Beatles visit to Manila

The Beatles visited Manila in 1966. Unfortunately for the Fab 4, Ferdinand and Imelda Marcos were then in power. The Marcos, upset that the world’s most famous rock and roll bank declined an invitation to party, unleashed their goons who chased the Beatles out of the country. “It was hell,” Ringo Starr told the Philippine Daily Inquirer’s Ruben Nepales in an interview.

Just a few years after the Beatles fiasco, the country was in chaos. This year marks the 50th anniversary of the 1971 bombing of the Liberal Party rally at Plaza Miranda, which killed nine people. Marcos was immediately tagged as the culprit. But years later, it was revealed that the Communist Party leadership hatched the murderous plot as a way to foment unrest. In any case, Marcos used the attack to crack down and declare martial law a year later.

Marcos ruled as a dictator for the next 14 years. But eventually, Filipinos got tired of the lies, the violence and the corruption. The nation marks the 35th anniversary of the uprising that kicked him out in 1986.

Now, here’s an interesting tidbit about the 1986 uprising: it also marked the beginning of Rodrigo Duterte’s political career. Duterte’s mother, Soledad Duterte was a staunch supporter of Cory Aquino, who asked her to serve as vice mayor of Davao during the transition. Soledad Duterte said she should appoint her son, Rodrigo, instead.

5th anniversary of the start of the Duterte Slaughter

Rodrigo Duterte went on to bigger things becoming  president in 2016. And this year also marks the start of the Duterte Slaughter, the former Davao mayor’s brutal anti-drug campaign which has led to a horrifying mass slaughter of poor Filipinos.