Rizal did not die a Mason 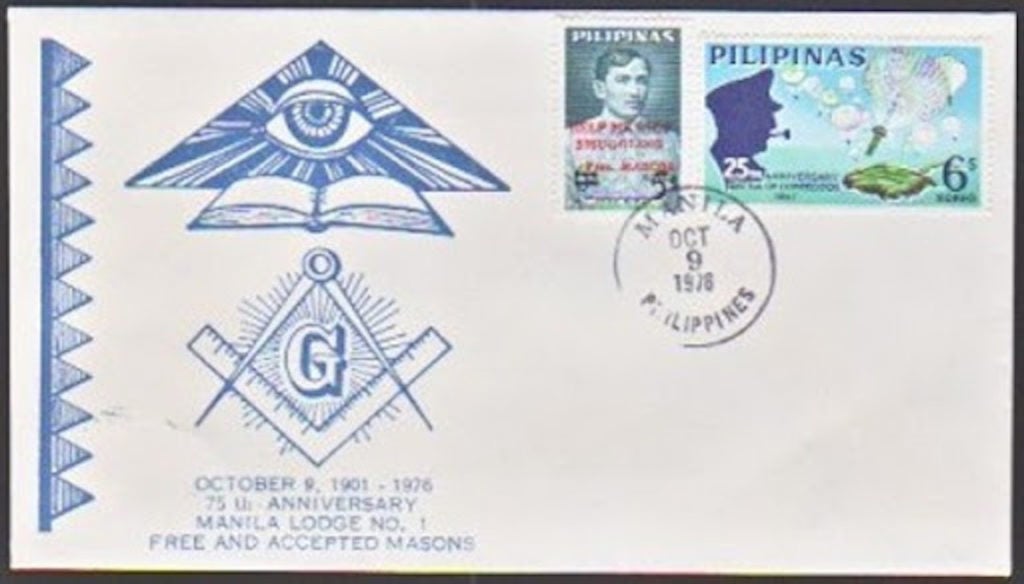 Pilarlodge15.webs.com and other history books still list José Rizal as one of the famous Filipino Masons. Although Freemasons still hail our hero in the hall of fame and his name praised to the heavens, Masons today cannot deny that at his last hour Rizal renounced Masonry and re-embraced the Catholic faith, receiving the sacrament of Matrimony, Reconciliation, and Holy Eucharist, before he proceeded to his death march.

All we need to do is to reread the available verified documents and the accept the facts surrounding Rizal’s death and burial. To deny the validity of his last-hour conversion, it’s up to all Masonic scholars to present a primary document or solid evidence to the contrary.

“In contrast to Burgos who wept because he died guiltless, Rizal went to the execution ground calm and even cheerful,” writes Apolinario Mabini, “to show that he was happy to sacrifice his life.” That he was happy to sacrifice his life is evident in José Rizal’s last letter to one of his closest friends, Ferdinand Blumentritt. It reads, “My dear Brother, when you receive this letter, I shall be dead by then. Tomorrow at seven, I shall be shot.” Pero soy inocente del crimen de rebelión. Yo voy á morir con la conciencia tranquila. “I am going to die with a peaceful conscience.”

After the firing-squad execution in the Luneta, “the body of Rizal was placed in a vehicle and, in a clandestine manner, buried in the old and unused Paco cemetery,” also known as the old Cementerio General de Dilao, which was a vast municipal cemetery with a lovely garden built by the Dominicans in 1814. Rizal was buried “uncoffined,” that is to say it was not even placed in a casket, and his body was later identified through his tattered shoes and clothes – and initial RPJ.

Twenty-four years earlier, on February 17, 1872, after the Spanish government executed them by garrote, the bodies of Padres Mariano Gomez, José Burgos, and Jacinto Zamora, or Gomburza, were buried together in an unmarked grave in the same cemetery.

The Propaganda Movement triumvirate were firebrands and Freemasons who abandoned their Catholic Faith. They fought social injustice and racial inequality with guns blazing against abusive friars and civil authorities. They died in the same year of 1896: López Jaena in January, Marcelo Del Pilar in July, and Rizal in December.

Rizal allegedly had a written retraction. Unlike Rizal, López Jaena and Del Pilar left no record or any document of retraction. In Plaridel’s case, what we have today are the verified hospital records and the personal testimonies of Fernando Canon Faustino and Mariano Ponce, who were close companions by his deathbed. The question is, are those authenticated records and testimonies good enough for historiographers to validate the truthfulness of his last-hour conversion?

Hypothetically, let us say Rizal did not leave any retraction document. So, we are left with facts hours before his death. On December 29, 1896, on the eve of his capital punishment, Rizal told Captain Dominguez during supper that he has forgiven all of his enemies, including the military judges who unjustly condemned him to death.

At 3:00 in the morning of his execution on December 30, 1896, he went to confession, heard the Holy Mass, knelt down, and recited the rosary with his family. Thereafter he picked up the book Imitation of Christ and the Holy Bible, read quietly, and engaged himself in silent meditation. Few hours before his execution, it appears that our hero got reconciled with God through God’s representative.

At five in the morning of December 30, teary-eyed Josephine Bracken and his beloved sister Josefa entered the room. The Cuerpo de Vigilancia testified later that Josephine and Rizal were married inside his Fort Santiago cell, a matrimony solemnized by a Jesuit in accordance with the Roman Catholic ritual.

At the end of his life, knowing too well that the Masonic principles are “irreconcilable with the doctrine of the Church” and that membership by Catholics in Masonry is “a grave moral disorder,” our National Hero renounced it and was therefore allowed to receive the Sacraments (see https://usa.inquirer.net/54689/can-you-be-a-catholic-freemason).

Rizal’s metanoia put a lump into the throat of the Freemasons just as his Catholic family members, friends, and clergy-teachers, Jesuit and Dominican professors were pleased at the thought of it.

Jose Mario Bautista Maximiano (facebook.com/josemario.maximiano) is the author of THE SIGNS OF THE TIMES and the Social Doctrine of the Church: An Epistemology (Salesiana, 1991) and MDXXI: 500 YEARS ROMAN CATHOLIC (Claretian, 2020).