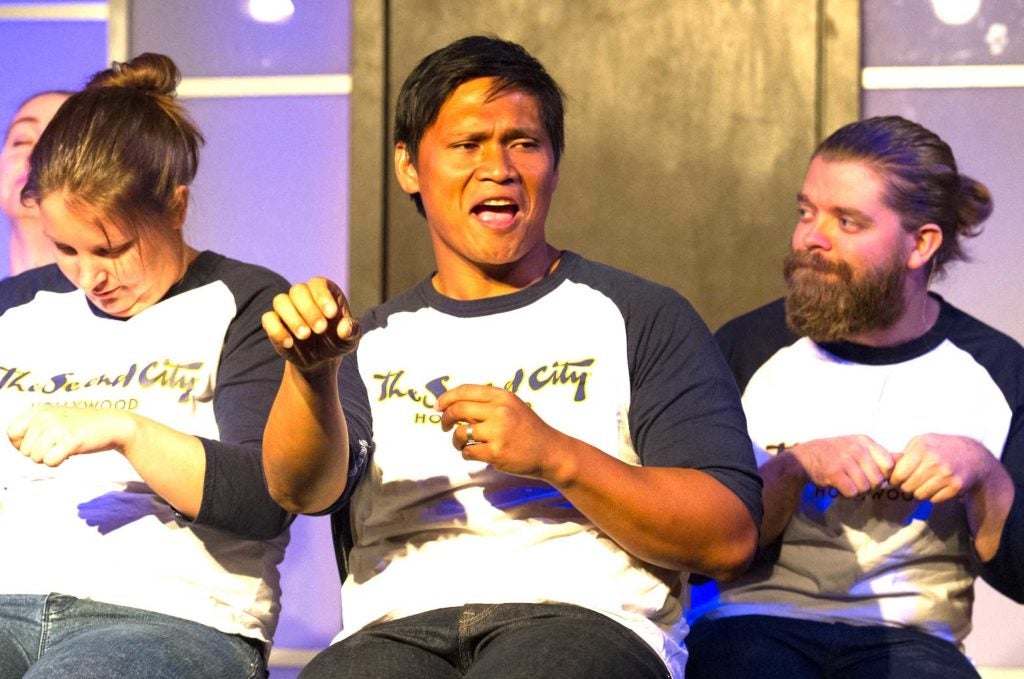 “Based on my family values and what my mom wanted for our family, it was always looked down upon,” said Acain, 36, a comedian based in Los Angeles. “It was never at the top of my mind as something achievable.”

Yet he said when he reflected on his childhood and adolescence, there seemed to be signs pointing to a possible future in comedy.

He remembered creating parody videos with friends on subjects that were covered in his high school projects, including historical events like the landing on Plymouth Rock.

“We’d always create these ridiculous and dumb movies,” he said. “We would show them to our families; we would create parody musicals and songs, even. It was something from an early age I always loved doing.”

One year, he and his friends created a gangster rap Christmas album.

“The dichotomy of wholesome family stuff versus gangster rap … we thought it was hilarious,” he said.

Acain was born in the Philippines where he lived until he was 4 years old. In 1989, his mom took him and his sister to live in San Jose, California.

“She really wanted to give us a better life regardless of what we pursued. I wanted to thank her for that because I think there are a lot of people in my situation that came from Philippines, went to the States or to Europe in pursuit of this dream to give your kids a better life that you didn’t have,” he said.

Acain didn’t immediately choose to forge a path in comedy when it came time to choose a career. Instead, he opted for the second area of interest he gravitated toward most: engineering. He recalled finding enjoyment in watching the animated sci-fi TV series “Voltron” – which centered around robots – while he lived in the Philippines.

Then he started burning out.

“The end product was always amazing,” he said. “But the day-to-day of engineering started getting boring. I couldn’t see myself doing this the rest of my life.”

So he quit his job and left the field, and traveled the world for a year-and-a-half with his then-fiance who is now his wife.

They returned home in mid-2014, at which point Acain had planned to pursue music. It was another area he gravitated toward, he said, in part because he came from a musical family: his mom sang at fairs in the Philippines, his uncles played guitar and drums, and his dad was a guitarist in a rock band.

But he put that plan on hold to help a friend who was dealing with depression. His friend enjoyed writing, so Acain signed both of them up for a writing class at The Second City, which is known for its improv and sketch comedy training.

“I basically dove into it from that class and went into comedy since then,” he said. 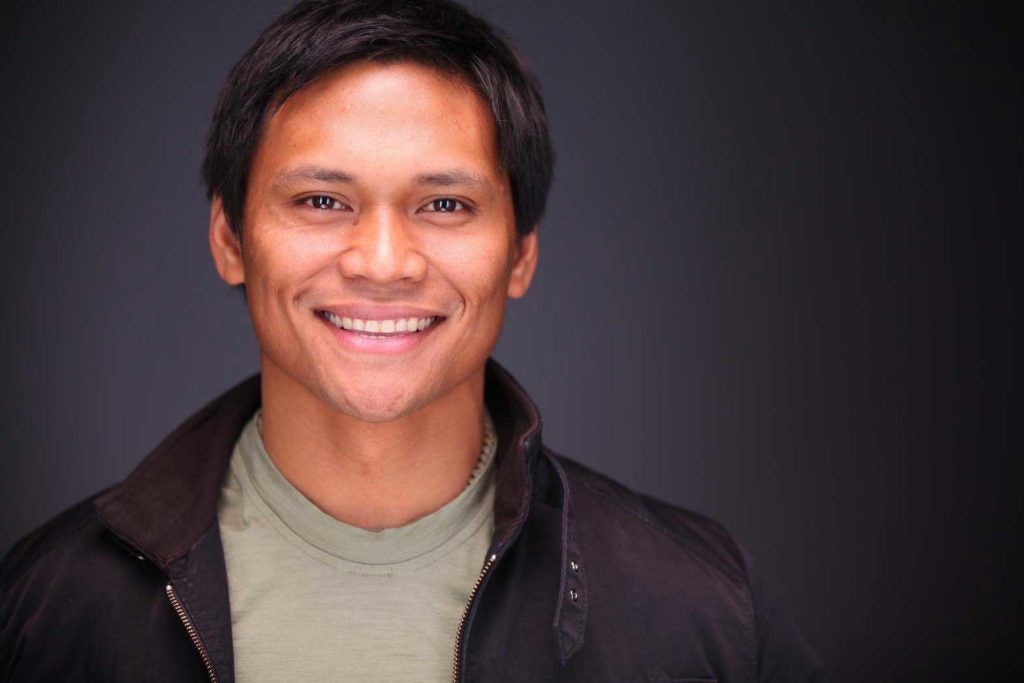 Jose Acain worked for NASA and SpaceX before turning to comedy. DAVID OCHOA

Acain has since landed roles in productions including “A Midsummer Night’s Dream,” “West Side Story,” “In Trump We Trust,” “Much Ado About Nothing,” “Once Upon a Mattress” “A Funny Thing Happened on the Way to the Forum.”

He recently wrapped up a virtual web series entitled “Homework,” which centers around a fledgling remote startup. In it, he plays the role of the vice president of engineering who reluctantly joins the company because he feels bad for the rag-tag group of entrepreneurs.

The Fil-Am comedian said he would encourage other Filipino Americans who may be thinking about pursing a non-traditional career path to follow what gives them enjoyment.

“If you view it as work, it’s something you’re going to hate doing it. If you’re finding it fun, it’s something you can do day in day out and find yourself — even if it takes a lot to get to a place where you can get paid to do these non-traditional things.”

For Acain, he’s managed to find joy comedy every day since he dove into it several years ago.