Fil-Canadian feared for her life in violent road rage Kiana Jobo of Winnipeg, Manitoba, was a victim of a road rage; her car was repeatedly hit by a pickup truck. CBC News

A young Filipino Canadian woman in Winnipeg, Manitoba, said she feared for her life when a man in a Chevy Colorado pick-up truck rammed her car repeatedly last Thursday (December 17).

“At that moment in time I believe my life was in danger, ” Kiana Jobo told CBC News as she described how a man in a Chevrolet pick-up truck aggressively pursued her small Hyundai sedan. Her father was with her in the car and took a video of the incident.

Jobo, a 25-year-old business administration student, had just finished writing her last exam of the semester and was out running errands with her father, including making funeral arrangements for her grandparents who had died from COVID-19. She made a left turn from Sargent Avenue onto Milt Stegall Drive, angering the male driver of a white Chevrolet pickup truck, who repeatedly rammed her car, media reports say.

“First in my mind is, is this race-motivated? It will stick with me for the rest of my life, “ she says.

Sources in Winnipeg confirmed to Philippine Canadian News.Com (PCN.Com) that Jobo is Filipina and is the daughter of Jomar Jobo. Both her grandparents had died of Covid-19.

Winnipeg police arrested the  57-year-old suspect after the frightening incident and released him on a promise to appear in court.

“He should be charged with attempted murder,” Kiana Jobo insists.

“This man was ramming my vehicle into cars ahead of me and cars beside me, endangering the lives of not just mine, but everyone else. It was clear this man was not stopping and I had to do everything in my power to escape,” Jobo wrote in the post.

“This attack finally ended on Portage Avenue where I was heading westbound (towards Polo Park), where he smashed into the driver side of my vehicle, causing me to spin out and crash into the large concrete median.”

While no one was injured, Jobo described the incident as “one of the most horrific and traumatic moments” of her life, adding that the violence exceeded typical road rage. A video accompanying her post shows the car being hit numerous times while a male voice inside Jobo’s vehicle says, “The guy’s trying to kill us.”

The identity of the pick-up’s driver, however, has not been disclosed to the public. A charge of dangerous driving has yet to be sworn in court, Winnipeg Police Service spokesman Const. Jay Murray told the Free Press in an email Wednesday.

“We legally cannot name someone until they have been formally charged,” Murray said. “A promise to appear does not constitute a formal charge, and it is something that happens at an administrative level as the document is processed. However, if someone is detained in custody, it’s much more immediate and often happens by the time we issue a media release.”

Under section 493.1 of the Criminal Code of Canada, police are required to give primary consideration to releasing an accused “at the earliest reasonable opportunity” and “on the least onerous conditions that are appropriate in the circumstances.”

If a suspect is arrested without warrant, as in this case, they are to be released as soon as practicable if police intend to compel their appearance in court by way of summons or appearance notice, or if the accused provides an undertaking, or promise, to police.

“In this situation (and many others), the Winnipeg Police Service used Criminal Code principles to establish that the individual needed to be released on a promise to appear,” Murray wrote. 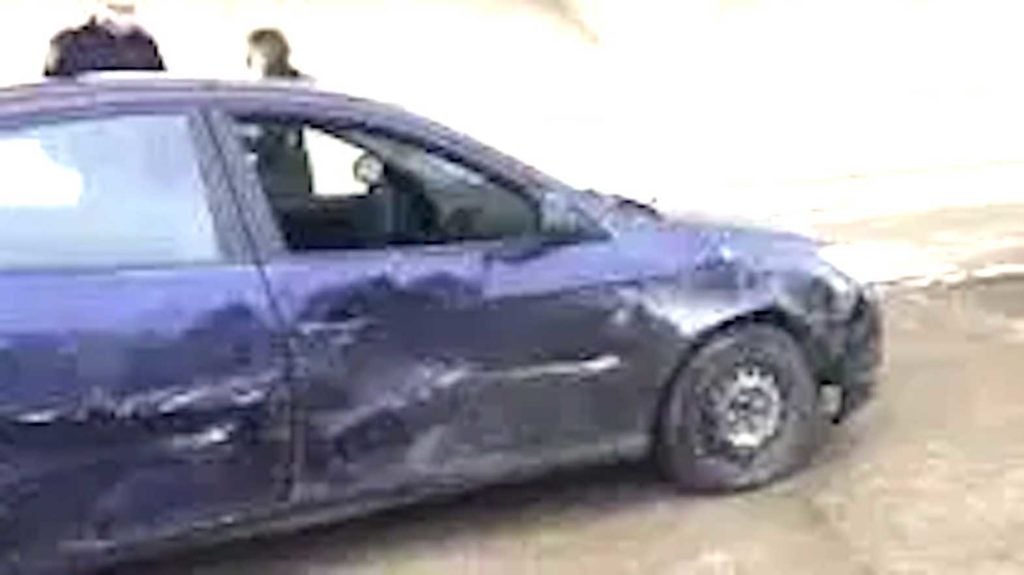 “This isn’t a decision that is made lightly, and it is not unusual — every day we are obligated by legal guidelines to release people in a similar manner, sometimes even for firearm-related and/or violent offences.”

Before agreeing to release an accused on a promise to appear, police are required to take several factors into consideration, Murray wrote, including: does the person have prior or pending charges for not appearing in court? Are there any outstanding warrants for their arrest? Do they have previous convictions for escaping custody or not complying with court orders?

“This is a very standard release mechanism,” he wrote. “Not only for the Winnipeg Police Service, but many other police agencies across Canada as well.”

Manitoba Public Insurance, meanwhile, confirmed it is conducting its own investigation into the incident, which damaged other vehicles in addition to Jobo’s.

“Not only will criminal charges possibly be on (the accused driver), they also could be paying back thousands and thousands of dollars to MPI on behalf of its customers,” said MPI media co-ordinator Brian Smiley.