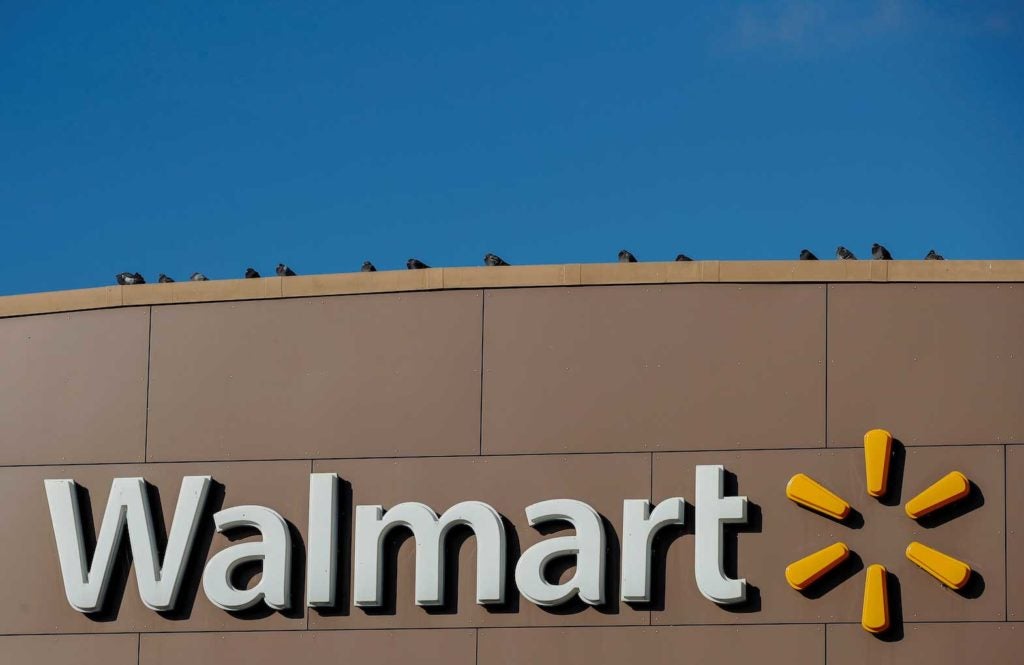 Walmart’s logo is seen outside one of the stores in Chicago, Illinois, U.S., November 20, 2018. REUTERS/Kamil Krzaczynski

WASHINGTON -The U.S. Justice Department sued Walmart Inc. on Tuesday, accusing the world’s biggest retailer of fueling the opioid crisis in the United States, ignoring warning signs from its pharmacists and filling thousands of invalid prescriptions.

In a civil lawsuit in U.S. District Court in Delaware, the government said Walmart failed to take its gatekeeping duties as a pharmacy seriously, allegations the company rejected.

Walmart, whose shares closed down 1.2% following the news, said in a statement that the “Justice Department’s investigation is tainted by historical ethics violations, and this lawsuit invents a legal theory that unlawfully forces pharmacists to come between patients and their doctors, and is riddled with factual inaccuracies.”

Walmart created a system that turned its 5,000 in-store pharmacies into a supplier of highly addictive painkillers, dating as early as June 2013, the lawsuit said.

The lawsuit marked one of the most significant actions the Justice Department has taken in response to the epidemic targeting companies accused of contributing to it.

Last month, prosecutors secured a guilty plea from Purdue related to its sales of opioids and it previously prosecuted multiple executives at the opioid maker Insys Therapeutics accused of bribing doctors to prescribe an addictive drug.

Insys filed for bankruptcy last year after striking a deal with the government in which a subsidiary pled guilty to fraud charges.

The three largest drug distributors – McKesson Corp, AmerisourceBergen and Cardinal Health – along with drugmaker Johnson & Johnson are in talks with state attorneys general to resolve the opioid lawsuits for a combined $26 billion.

OxyContin maker Purdue Pharma and the drugmaker Mallinckrodt have filed for bankruptcy protection as part of their own multibillion dollar proposals to resolve the lawsuits.

The companies have denied the underlying allegations.

Asked if the government was planning on bringing criminal charges, Clark said “you should not draw any inferences about any criminal matters” from the civil filing.

Walmart called the lawsuit a “transparent attempt to shift blame from the (Drug Enforcement Administration) well-documented failures in keeping bad doctors from prescribing opioids in the first place.”

Acting DEA Administrator Timothy Shea said in a statement “when pharmacies routinely fill illegitimate prescriptions, we will hold accountable anyone responsible, including Walmart. Too many lives have been lost because of oversight failures and those entrusted with responsibility turning a blind eye.”

More than 3,000 lawsuits have been filed nationally by states, counties and municipalities seeking to hold drug manufacturers and distributors responsible for fueling an opioid addiction epidemic that according to U.S. government data resulted in 450,000 overdose deaths from 1999 to 2018.

According to the lawsuit, Walmart “unlawfully filled thousands upon thousands of invalid controlled-substance prescriptions.” The lawsuit said that “for years, Walmart kept in place a system that it knew was failing to adequately detect and report suspicious orders.”

The government accused Walmart of violating the Controlled Substances Act. If found liable, it could face civil penalties of up to $67,627 for each unlawful prescription filled and $15,691 for each suspicious order not reported.

In October, Walmart filed a lawsuit in Texas against the federal government seeking clarity on the roles and legal responsibilities of pharmacists and pharmacies in filling opioid prescriptions.