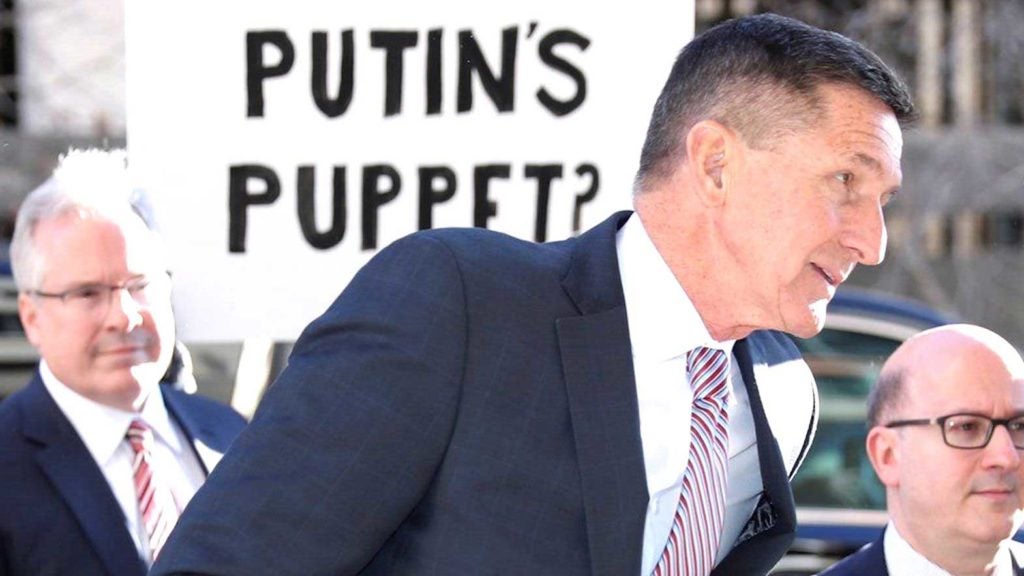 The talk is real, according to reports in the New York Times and CNN. President Trump is really talking about martial law in the U.S.

When I talked about the need for a pro-democracy movement in a recent column that was no idle chit chat.  If you’re one of the nearly 160 million who voted in the last election, it’s time to seriously  protect your franchise and let people know that the votes have been counted. They shouldn’t be stolen. Not after the electoral college has certified the Biden-Harris victory.

But the lame duck president insists on being the fake future president. And his backers, like the recently pardoned Michael Flynn, say things to conservative news silo, Newsmax, like, “(Trump) could order the, within the swing states, if he wanted to, he could take military capabilities, and he could place those in states,  and basically rerun an election in each of those states.”

It’s essentially martial law, to which Flynn commented: “It’s not unprecedented. These people are out there talking about martial law like it’s something that we’ve never done. Martial law has been instituted 64 times.”

And now we know the subject of martial law is more than conservative banter. It was seriously broached in the Oval Office. This is the sound of a pro-authoritarian, anti-democracy American movement in the making.

I’ve only known martial law in places like the Philippines. Countries that are weak, not strong democracies. Prone to  dictatorship. This is why we need a pro-democracy movement in America.

What would that look like exactly?  When it happened in the Philippines, people flooded the streets and let the dictator know he wasn’t going to get away stealing their country. That was People Power.

Could that happen again. Would people flock to democracy? Or just for whatever Trump says?

In a social distanced pandemic world, maybe in the U.S., real lovers of democracy could  simply flood the White House and Congress with emails. That is, if the Russian hackers don’t intercept them first and send them to spam.

Last week, Trump had his typical response to the things he disagrees with. The Russian hacking of our government’s computer systems? A “hoax.”  It was a weak response from the leader of the free world. There should be hell to pay. Some pro-Democracy patriots called the cyber attack  what it was– a “digital Pearl Harbor.” Eventually by late Friday even Secretary of State Mike Pompeo had to admit  “pretty clearly that it was the Russians that engaged in this activity.”

And he said it on a right-wing talk show, another right-wing silo.The beginning of the end?  When the silos dish a little truth with the martial law talk, Trump gets lamer by the day.

But it looks even worse when Trump’s response to Pompeo was a direct contradiction. This is not looking like an easy last 30 days.

We still have the simultaneous Jan. 6  Senate vote in Georgia and House debate on the electoral college  to come. Lots of entertainment ahead that only seems to mock the seriousness of the ongoing pandemic. California, the most Asian American nation in the country, is ordering more body bags to take care of the makeshift morgues being created.

The nation is on pace to exceed the number of WW2 deaths by April.

Meanwhile, Trump remains pathetic and uninterested in our country, or in being a leader.  He sends Pence out to get the vaccine and stays hidden like he’s an undocumented person. I guess for Trump,  that’s his way of showing  empathy?

But Trump  tries to take credit for the vaccine, just the same. As the New York Times headlined blared: “Trump Brags of a Vaccine His Fans Won’t Take.”  Maybe his fans should take a  placebo. The best antidote to a “hoax.”

Irony of ironies. Moderna’s vaccine was created by its cofounder and chairman Noubar Afeyan, a Lebanese immigrant and naturalized American citizen.

Something like Trump’s Muslim ban would have kept him from his destiny. Here’s an idea for the Trump exit period. Reports say Trump’s pondering pardons  to pass out like an anti-democracy Santa, perhaps his final act as our country’s best fake president.

How about stopping deportation proceedings against those facing severe family separation and hardship, or pardoning those who found their productive lives in America disrupted by ICE?  They might be the most deserving folks this season of pardon, more so than those close to Trump looking for a “get out of jail free” card as a stocking stuffer.

Something outlandish like that seems just fine when compared to a U.S. declaration of  martial law.

As I watched Netflix’ “Ma Rainey’s Black Bottom,” I kept thinking where is the bottom, specifically when it comes to Asian Americans, Filipino Americans. I kept asking,  “Where were we?” I mean, historically.  Nowhere. I’m not suggesting that producer Denzel Washington cast Filipino extras in a Chicago street scene. I’m saying as a viewer, while you’re watching, imagine what was going on in America in the ‘20s and ‘30s. If you’re Filipino, you know that most of us were in California. And you know how we were treated.

California for the Filipinos was like the Jim Crow South, with signs that said “No Filipinos allowed.” We also were snazzy dressers for farmhands.  Were they young trumpet players like Chadwick Boseman’s Levee? You can’t take your eyes off Boseman in this, he plays the role of the young horn player so well. The tension between Bozeman and Viola Davis’ Rainey make this production sizzle. And then it’s just seeing August Wilson’s play transformed to the screen and seeing how BIPOC then negotiated the white structure imposed on us all. You understand the black bottom, but if you know Filipino American history, you know we were even further down the chasm of American society back then. Where’s the bottom if we don’t really exist in any pecking order? Would we even have enough to buy the symbolic shoes of  Levee that could take us from the depths of our Filipino American existence, to the top? Or maybe somewhere good, if only in our imagination? Good to imagine us in a parallel world as we watch. There were people treated even worse than Ma Rainey.

There are about 175 Asian American families who are celebrating Christmas early.

They are the ones who were admitted to Harvard under the Early Admission program– 175 out of 747, about 23.4 percent to be exact. But that would make 174.798 students (Would that .798 student be a micro minority? A three-quarters Asian-American?)

Asian Americans once again lead the way among BIPOC early admits, though down slightly from last year’s 24 percent rate.  African American students were at 16.6 percent, up from 12.7 percent. Latinx were at 10.4 percent, down from 11 percent. Native American and Native Hawaiian were at 1.3. (All numbers as reported by the Harvard Crimson).  Numbers are fun but quotas are illegal. This is for entertainment purposes only.

The number of early admits overall has dropped possibly due to the skyrocketing  number of early applications. 10,086 applied for EA, a 57 percent increase from last year. The good thing about early admissions is that you can get rejected and sent to the regular pool to seek redemption. (8,023 of the EA apps got diverted this way).  Or you can be outright rejected (924 this year) and then spend the rest of your life spinning how Harvard made the biggest mistake in the institution’s history.

I look at the numbers and marvel at how diverse the school has become. Too many times I found myself the only Filipino in the room.  I recently communicated with two classmates, one of whom is a South Asian who grew up in Kenya then went to Harvard. And now he’s a South Asian African Asian American.  An SAAAA?

This week’s early admits at least show some numerical progress. My friend and I used to sit next to each other in the dining hall when we saw each other sitting alone.  In the absence of diversity, we made our own diverse table. We even let some whites sit with us. I connect at least once a year with my friend to remember the past and wish him a Merry Christmas.

And to you too. We may be apart in this pandemic, but we don’t sit alone.

Emil Guillermo is a journalist and commentator. He writes a column for the Inquirer.net’s North American Bureau. [email protected]  See his vlog and podcast at www.amok.com