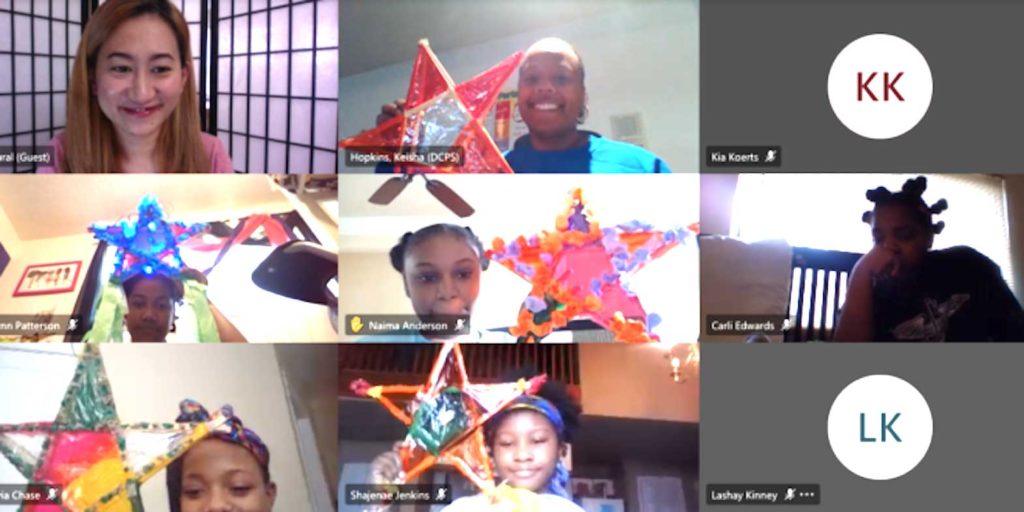 Students proudly show their parols during the second meeting of the Embassy Adoption Program with Excel Academy on 15 December 2020. CONTRIBUTED

An instructional video on Christmas lantern-making was shown, with packaged craft kits sent to the school for the second session on Dec. 15, which focused on the Christmas celebrations in the Philippines, including the Simbang Gabi (early dawn mass), Christmas carols, and the importance of the parol (Christmas lantern) to Filipinos.

The Giant Lantern Festival that takes place in San Fernando, Pampanga, Philippines every year was also highlighted in the presentation. 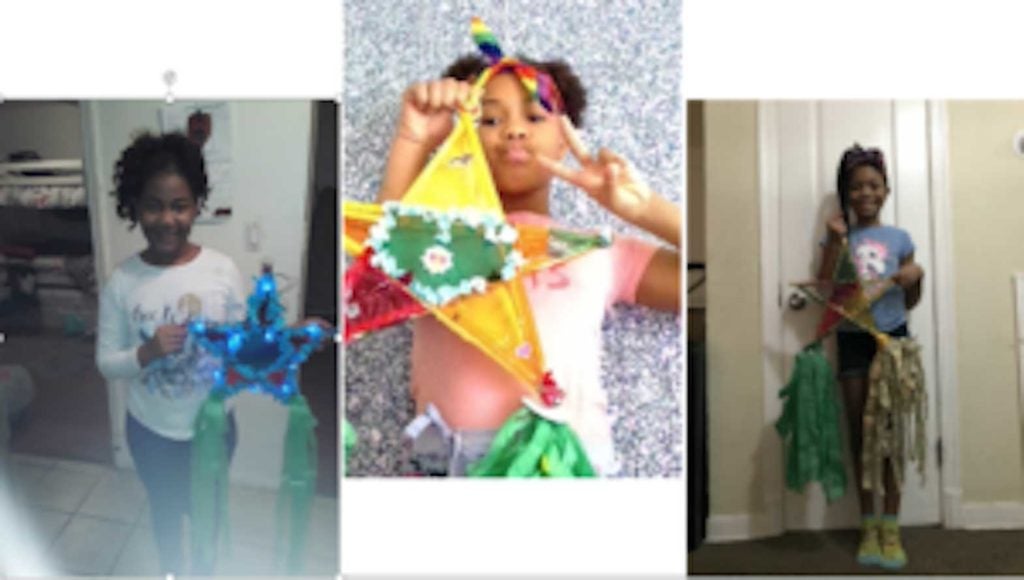 Ja’Lynn, Viakyia, and Imaiya are the winners of the parol-making activity facilitated by the Philippine Embassy under the Embassy Adoption Program with Excel Academy. CONTRIBUTED

The students shared their experiences in making their parols and how they celebrate Christmas with their families. Prizes were given to the top three winners selected by the Embassy as the “best parols.”

Lia Macadangdang, the Embassy’s Cultural Officer, facilitated the EAP sessions. Established in 1974, the EAP is a unique partnership education program of DCPS and the Washington Performing Arts that exposes DCPS students to international perspectives and cross-cultural lessons.

Through direct interactions with embassies and other global entities—including consular offices, government offices, representative offices, and others—fifth and sixth grade students attending DC Public Schools have the opportunity to learn about the language, customs, history and culture of their partner’s home country and culture.