Black Fil-Am, 23, will be mayor of Hercules, California 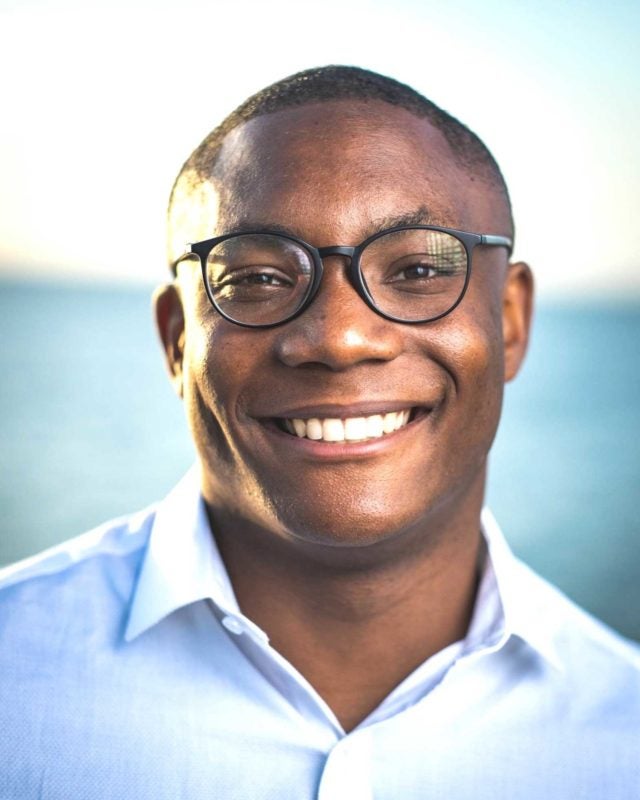 HERCULES, California – Alex Walker-Griffin, a 23-year-old Filipino American, officially became the youngest elected councilmember in Hercules, California on Dec. 8 and will rotate into position as Mayor during his third term in office. A mayor serves for one year.

Walker-Griffin enters office at the peak of the COVID-19 pandemic, and with the economic uncertainty and clamors for social justice. A “Gen Z” politician like Walker-Griffin, many constituents believe, brings much needed change and fresh energy into a thriving city such as Hercules.

Here’s what you need to know about Alexander Walker-Griffin, aside from his tongue-in-cheek brand of being a “local skateboarding public servant.”

Alex Walker-Griffin has been living in Hercules since the first grade. His first experience in politics occurred when he was about five or six years old. He accompanied his father, Oakland’s Fire Marshall, into an Oakland City Council meeting. The passionate-sounding speakers during the Public Comments section fascinated Alex.

Walker-Griffin’s fast track into politics started when he was 13 years old, working on Governor Jerry Brown’s 2010 campaign and organizing his own waterfront clean-up when he was 17. He also served as the Student Body President at Contra Costa College. During his two terms, the student leadership established the first free breakfast, school supplies, and bus pass program.

After working with seniors and kindergarteners, Walker-Griffin is currently employed as a counselor for autistic children. His resume lists work with Congressman Mark DeSaulnier, the Richmond City Council, and the private sector. Walker-Griffin highlights his efforts on an anti-gun violence bill. Heproudly states, “Several of the bills I helped write are on the governor’s desk!”

“I serve in the California Guard as a military police officer, but I mostly conduct emergency management. They have activated me several times, and the most memorable was the Camp Fire,” he says.

Hopes and dreams for Hercules

Walker-Griffin’s plan for Hercules includes aiming for financial stability and diversied revenue resources so the city can be prepared for emergencies. His strong advocacy for the city’s youth includes closing equity gaps and helping students with their future endeavors.

The city can assist seniors, Walker-Griffin asserts, through strong partnerships with organizations in prescription fulfillment, groceries, and other necessities.

Supporting the local economy means, for instance, creating an online marketing strategy to showcase the city’s businesses and establishing a memorandum of understanding between Lucky’s and Safeway to protect their employees.

Getting Hercules connected to the North Bay through public transportation initiatives that will minimize vehicles on the road and ease traffic congestion is another item on Walker-Griffin’s wish list. Environmental policies will embrace protecting green spaces and prioritizing the protection of native plants and wildlife.

He states that Hercules needs a safety plan for the next major disaster. He is convinced that “it is time we develop a citizens’ advisory committee to the Chief of Police and a Police Commission to hear the concerns of Hercules residents.”

He believes residents are looking for more opportunities in mixed-use areas where business and entertainment converge. “Especially now, because of COVID-19, most people are not willing to drive 30 to 45 minutes to do something. They want to keep it central. With so many places being closed down, people’s options are becoming a lot more limited.”

Do black lives matter in Hercules?

“I believe black lives matter,” Walker-Griffins says candidly. “That when black people feel safe and feel accommodated, and that their issues are being addressed in Hercules especially when it comes to public safety because, historically, the Bay Area has had a lot of racism and it has largely been targeted at black populations. BLM is the full effect of coming together, trying to address issues for black people and people of color. I believe Hercules residents care about Black Lives Matter.”

However, he doesn’t support “defunding the police.”

“Hercules doesn’t necessarily have the money to defund the police. What I would support is making sure that we invest in the police department so our police officers are culturally aware of the historical relationship between our diverse communities and law enforcement. We need to focus on community policing a little more heavily so there is more of ‘a community feel.’” 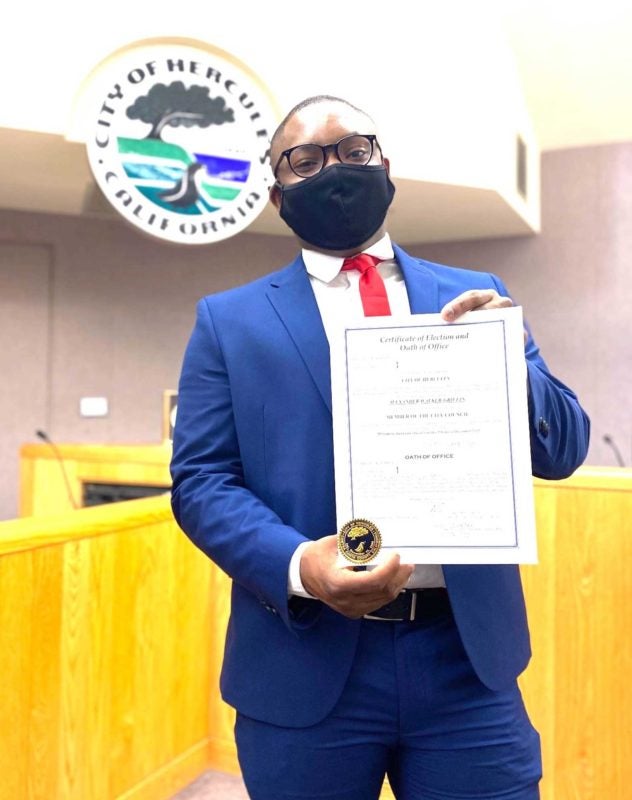 It’s a pretty tough time to be in law enforcement, he adds, “especially with what is happening right now. Since Hercules is a small community and many people are engaged, I’d say that most of the city supports the Hercules Police Department.”

Up close and personal

Walker-Griffin’s mother is “black and white.” His deceased father was Jamaican and Filipino. “I grew up in an African American culture,” he says.

He was about 10 years old when he met his paternal grandfather. Alex did not know he had a Filipino bloodline. His 20-minute meeting with his grandfather was the first and only time they connected. His grandfather passed away shortly before his father died.

“I lost contact with my dad’s family. I’d like to know more about my Filipino roots, my history, and culture. My knowledge about anything Filipino is very basic: lumpia and lechon,” Alex admits.

Alex Walker-Griffin makes it known that he is a shy person. “I hate talking about myself. Sometimes, I will let people speak too much and I won’t interject. I’m a person who’d rather listen than speak — but I would voice my opinion.”

He believes in his ability to work with people of different backgrounds and listen to their varied perspectives.

“I’m flexible. I have my stances and my opinions on things but, generally speaking, I’m not the person who’s going to cut you off or not listen to you because we may disagree on something. Even if it’s political. I’m a liberal. I’m a Democrat. I don’t agree with a lot of conservative beliefs, but that doesn’t mean that because you’re Republican, you can’t talk to me. One of my greatest strengths is being able to communicate with people on different levels.”

His personal library is filled with books about politics. One day, he could be studying capitalism, the next he could be reading about food discrimination or income inequality.

“I am probably one of the easier politicians to get a hold of because I use many forms of social media,” he states. “Being a part of Generation Z, my phone is literally always with me. Because it’s always on, I’ll get back to you rather quickly. I don’t want people to feel like the only way to get a hold of me is to call city hall and through email. If you have a concern, just tell me what it is and I’ll voice it during city council meetings.”

There is a vast community of medical professionals in Hercules who cannot attend city council meetings, especially if they work during graveyard shifts.

“They can always reach out to me in any social media platform — except Twitter. Tell me what’s on your mind. I want to be there,” he emphasizes.

Lorna Lardizabal Dietz is the Executive Secretary of the San Francisco Bay Area-based Philippine American Press Club. She can be reached at [email protected]