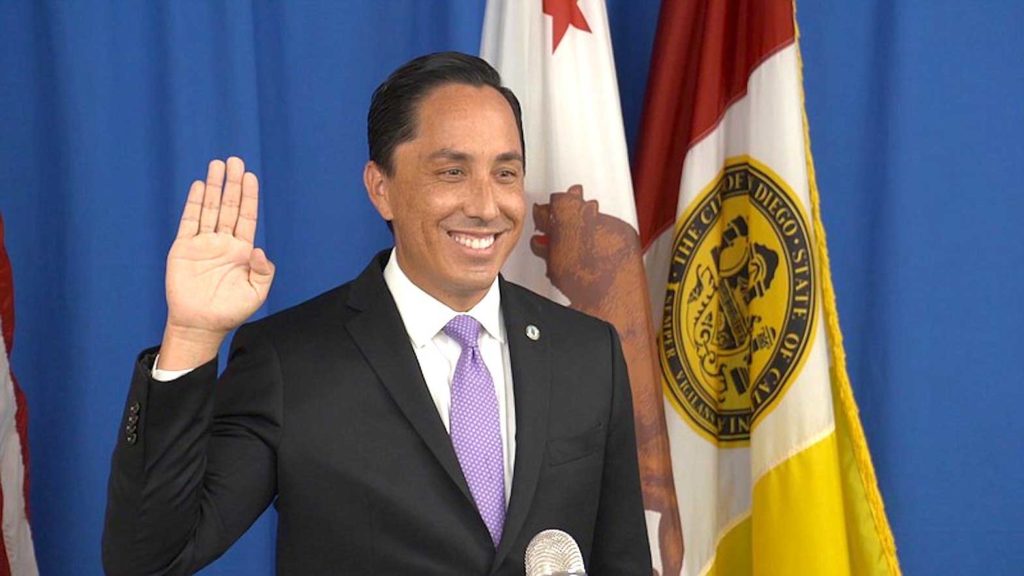 Gloria, 42, became San Diego’s first openly gay mayor and the first person of color to lead the city. Sworn in with him were members of the 73rd San Diego City Council,

He thanked San Diego residents for electing him. “A city where a Native American, Filipino, Puerto Rican gay guy just became your mayor,” he said. “I know we can build a San Diego for all of us. Let’s get to work.”

On Wednesday evening, Gloria tweeted, “Thirty-two years ago I was a finalist in the Mayor For A Day essay contest. Tomorrow I’ll be sworn in as my hometown’s 37th Mayor. San Diego is an incredible place. My goal is to open the doors of opportunity wider for more of our city’s residents. #ForAllofUs pic.twitter.com/Wd8p57jFKZ

Gloria said his staff was preparing an aggressive strategy to tackle to the ongoing COVID-19 pandemic. He vowed to place racial justice in the center of all actions, affirm Black Lives Matter, increase housing supply and continueto fight climate change.