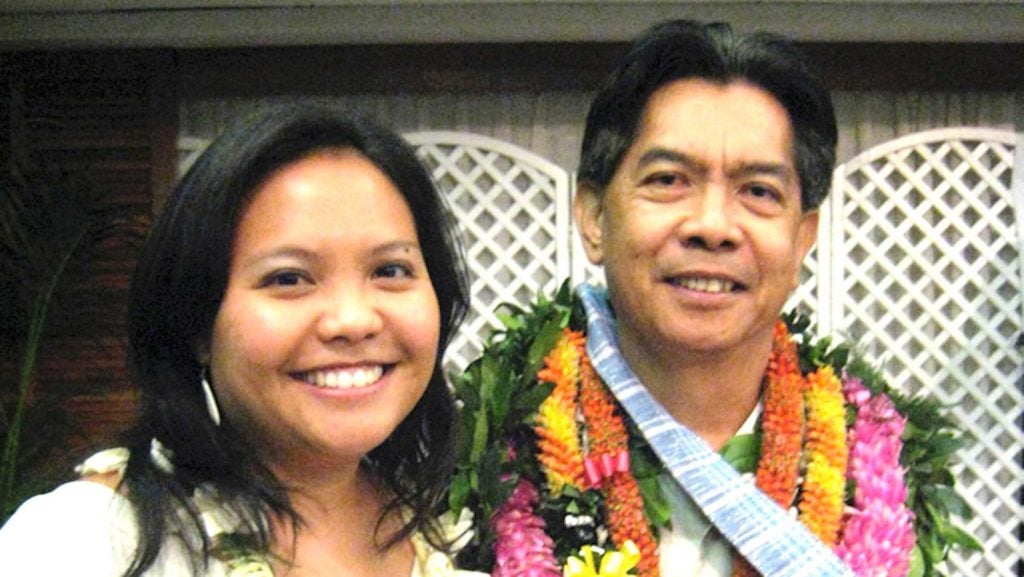 Family members, friends and colleagues are mourning the passing of political and academic activist Dean Alegado, former chair and professor of the University of Hawaiʻi at Mānoa Department of Ethnic Studies, which gained national prominence in the field of Asian Pacific American studies.

Professor Alegado died after a brief battle with cancer on November 6, 2020, at the age of 68. Alegado was also former director of the UH Manoa Center for Philippine Studies.

Alegado was born in Zambales, Philippines and grew up in the San Francisco Bay Area where he graduated from UC Berkeley. He received his master’s degree from Goddard College and PhD in political science from UH Mānoa.

During his time as chair of the Department of Ethnic Studies in the College of Social Sciences from 2001–06, the department increased enrollment by about 60%, and the number of tenure-track faculty, graduate assistants, scholarships and fellowships also increased. Alegado also developed summer program agreements with Michigan State University and UCLA; increased budget, resources and overall institutional support; and began lobbying for a graduate program.

He garnered numerous awards including State of Hawaiʻi and City and County of Honolulu outstanding educator awards in 2001, and U.S. Congress and Hawaiʻi State Legislature community service awards in 2008.

Alegado continued to be an advocate for the importance and value of the Department of Ethnic Studies and Philippine language programs by submitting testimony to the UH Board of Regents in the weeks before his passing.

Alegado was a major advocate connecting the importance of the department’s work with the community, especially in the 1970s and 80s, when the economy was being transformed from agriculture to tourism and many local communities were being marginalized.

“He and other professors at UH connected the university to the local community,” said daughter Rosie Alegado, a UH Mānoa associate professor of oceanography and Hawaiʻi Sea Grant’s Center for Integrated Knowledge Systems director. “Up until that point, there really had been no curriculum where we could learn about the contributions our ancestors made to what Hawaiʻi is today. Teaching our history matters because we have to understand the influence we have had on Hawaiʻi society so that we can take part in shaping our collective future.”

Alegado was a key community leader in the anti-Marcos movement and fight for affordable housing in Hawaiʻi as a leader of the Union of Democratic Filipinos (KDP).

He served on many community organizations, including statewide chair and coordinator of the Philippine Centennial Committee of Hawaiʻi; coordinated the visits and travel to Washington D.C. of Philippine national master artists and performers to participate in the prestigious Summer Folklife Festival; developed the summer field studies in the Philippines for the UH Study Abroad Program; chaired the 1997 and 1998 annual trade mission to the Philippines.