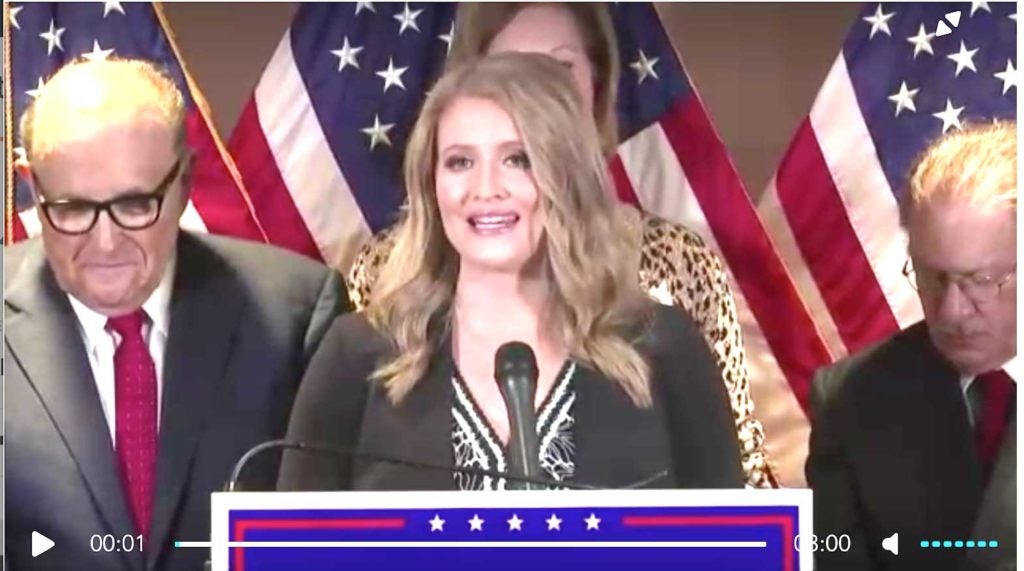 WASHINGTON – The U.S. Supreme Court on Tuesday handed a defeat to Republicans seeking to throw out up to 2.5 million mail-in ballots in Pennsylvania as they try to undo President Donald Trump’s election loss, with the justices refusing to block the state from formalizing President-elect Joe Biden’s victory there.

The court in a brief order rejected a request by U.S. congressman Mike Kelly, a Trump ally, and other Pennsylvania Republicans who filed a lawsuit after the Nov. 3 election arguing that the state’s 2019 expansion of mail-in voting was illegal under state law.

Pennsylvania was one of the pivotal states in the election, with Biden, a Democrat, defeating Trump after the Republican president won the state in 2016. State officials had already certified the election results.

There were no noted dissents from any of the justices on the court, which has a 6-3 conservative majority including three Trump appointees. Trump had urged the Republican-led Senate to confirm his most recent nominee, Justice Amy Coney Barrett, before Election Day so she could participate in any election-related cases.

Trump has falsely claimed that he won re-election, making unfounded claims about widespread voting fraud in states including Pennsylvania. Democrats and other critics have accused Trump of aiming to reduce public confidence in the integrity of U.S. elections and undermine democracy by trying to subvert the will of the voters.

“This election is over. We must continue to stop this circus of ‘lawsuits’ and move forward,” Pennsylvania Attorney General Josh Shapiro, a Democrat, wrote on Twitter.

The Supreme Court also must decide what to do with another election-related case brought on Tuesday. Republican-governed Texas, hoping to help Trump, mounted an unusual effort to overturn the election results in Pennsylvania and three other states – Georgia, Michigan and Wisconsin – by filing a lawsuit against them directly at the Supreme Court.

The Republican plaintiffs argued that the universal, “no-excuse” mail-in ballot program passed by the Republican-controlled Pennsylvania legislature in 2019, enabling voters to cast ballots by mail for any reason, violated the state’s constitution.

Biden won Pennsylvania by 80,000 votes and received a much higher proportion of the mail-in votes than Trump. Many more people voted by mail this year because of health concerns prompted by the coronavirus pandemic as they sought to avoid crowds at polling places.

Ahead of the election, Trump urged his supporters not to vote by mail, making groundless claims that mail-in voting – a longstanding feature of American elections – was rife with fraud.

Pennsylvania said in a court filing that the Republican challengers were asking the justices to “undertake one of the most dramatic, disruptive invocations of judicial power” in U.S. history by nullifying a state’s certification of its election results.

The state said most of what the challengers had sought was moot because the election results already were certified and what they were really wanted was for “the court overturn the results of the election.”

Pennsylvania’s top court on Nov. 28 dismissed the challenge, saying that the lawsuit was not filed in a timely manner when the mail-in voting law was first enacted. It threw out a lower court ruling that had ordered the state not to certify the election pending a hearing.

Trump’s campaign and his allies have lost in a stream of lawsuits in key states won by Biden, also including Georgia, Michigan, Wisconsin and others. Judges have rejected sweeping assertions of voting irregularities.

Biden has amassed 306 electoral votes – exceeding the necessary 270 – compared to 232 for Trump in the state-by-state Electoral College that determines the election’s outcome, while also winning the national popular vote by more than 7 million votes.

Tuesday represents a “safe harbor” deadline set by an 1887 U.S. law for states to certify presidential election results. Meeting the deadline is not mandatory but provides assurance that a state’s results will not be second-guessed by Congress.

After this deadline, Trump could still pursue lawsuits seeking to overturn Biden’s victory but the effort would become even more difficult.