Agent Orange and his toxic game 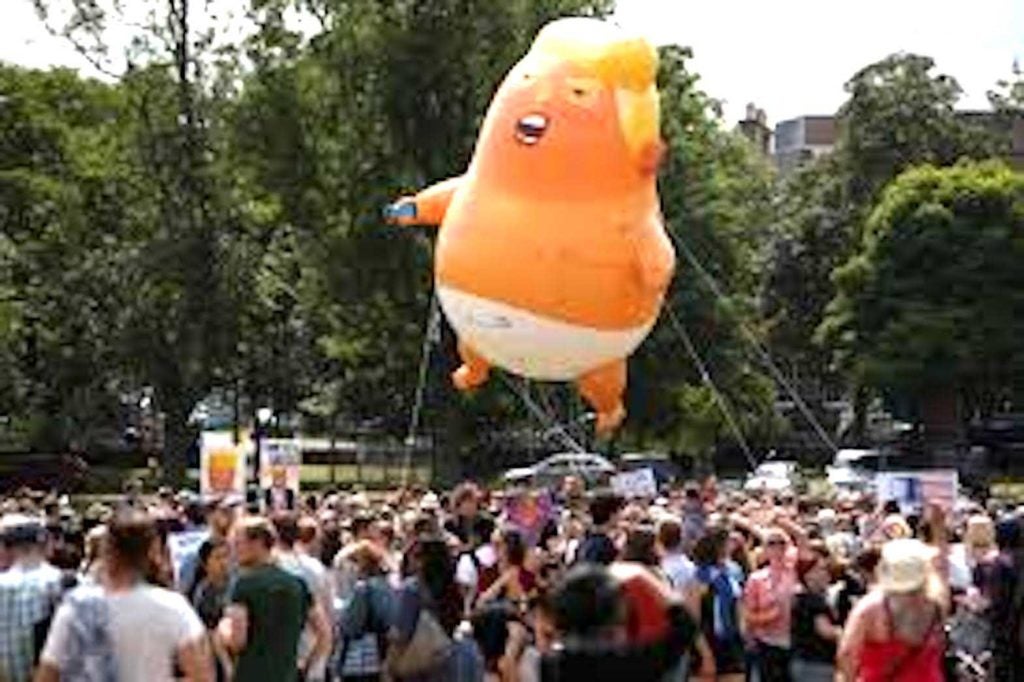 NEW YORK—”I’ve always expected the worst, and it’s always worse than I expected.”

Attributed to Henry James, these words are a perfect a summation of the four-year nightmare that has been Donald J. Trump’s presidency.

While we can all breathe a sigh of relief that Agent Orange will have to leave the White House (which should be given an extra deep cleanse from stem to stern), he will from all indications carry on fulminating against and doing everything he can to undermine the presidency of Joseph R. Biden. Right now, his attempts to overthrow the election results that everyone, including die-hard Republicans in charge of a number of key state-electoral systems, have certified as being in Biden’s favor, are being led by a loony crew straight from central casting, headed by Rudy Giuliani, who very recently tested positive for the virus, as did his son last month.

More proof, if any more were needed, of how toxic Agent Orange and his circle have been.

It’s great fodder for cartoonists and late-night show hosts, as the completely spurious, unfounded claims only make Trump even more foolish, if such a thing were possible.

There is however a method to his madness.

As with any lifelong grifter, it’s all about raising money. It has always been about money, especially at other people’s expense—so essential to Trump’s persona as it seems to be the only thing that fills the gaping hole, temporarily at any rate, at the center of his being and makes him happy thinking that he is winning by putting one over the world.

In that light, the legal defense fund that the Trump campaign has set up is not what it purports to be. Agent Orange’s fundraising homepage declares: “THE DEMOCRATS WANT TO STEAL THIS ELECTION! There will be FRAUD like you’ve never seen, plain and simple!. We Need YOUR HELP to ensure we have the resources to protect the results and keep fighting even after Election Day. Don’t wait, step up NOW to DEFEND the integrity of our Election!”

So far the campaign has raised over $200 million. But like almost everything Trumpian, the campaign doesn’t quite level with its supporters as to where the money will go. Ostensibly it is meant for the ongoing efforts to contest President-elect Joe Biden’s win. However, records indicate that the monies will pay off campaign debt, add to the coffers of the Republican National Committee and of Save America, a new PAC (Political Action Committee) Trump founded. Many of you will remember how Agent Orange used the funds raised by his now defunct Trump Foundation to purchase a portrait of himself for $60,000. He’s a firm believer in the adage, “Charity begins at home.”

It seems Save America will be getting the lion’s share of the funds, as it is a type categorized as a “leadership PAC” which, with fewer restrictions, will allow funds raised to underwrite personal expenses. This type of PAC is easily abused; contributions from donors can be used for extravagant and dubious items, no questions asked. Save America can pay him, his children, his friends, whomever he chooses to, consultancy fees. In short, it’s a good ol’ slush fund, with his sheeplike followers lining up to be fleeced, so Agent Orange can continue to live the lifestyle of the rich and (in)famous, while contemplating a presidential run in 2024.

The constant harping on the baseless claim that the election was stolen from him is meant to keep the fires of resentment among his base burning. It doesn’t matter that most of the lawsuits filed have been quickly dismissed, with judges making pointed remarks about the lack of evidence in these cases. The bizarre claims, the buffoonish witnesses, are just absurdist theater, so that all that a show such as Saturday Night Live has to do is replicate these without too much effort and elicit knowing laughs.

This time of the year is supposed to be the season for giving. It is also now a season for grieving, as it has been since late March, with so many virus-related deaths due to the president’s callous and inept response to the pandemic.

In the universe of Agent Orange, there is only the season of grifting, forever trumping both giving and grieving. – Copyright L.H. Francia 2020