Santa skips court to deliver gifts in his convertible 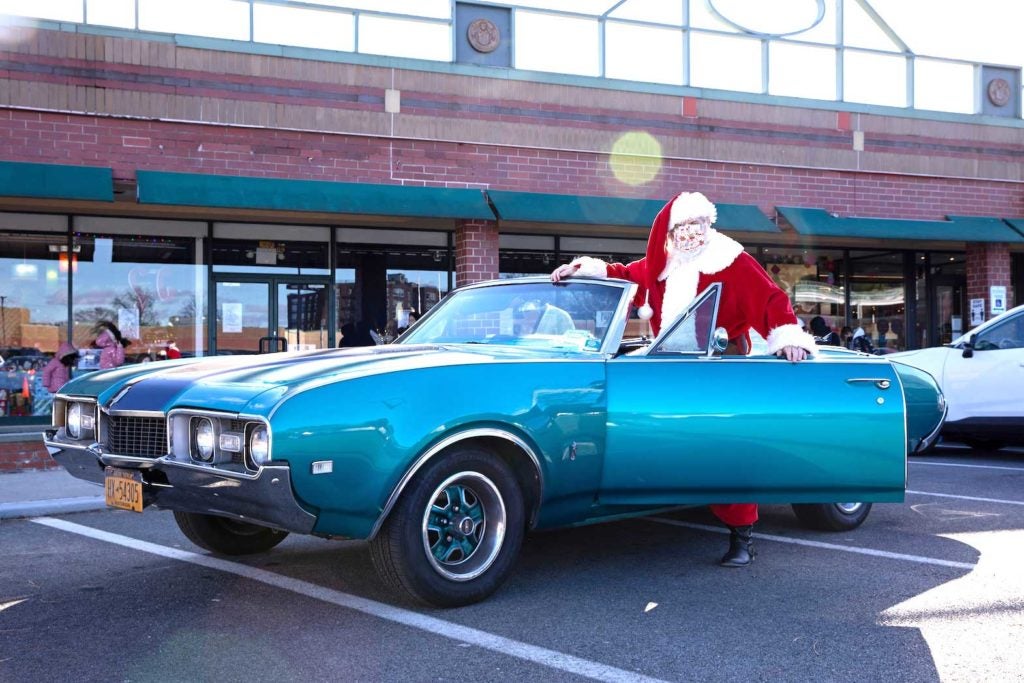 Dana Friedman, a trial lawyer who has spent 6 months of each year growing out his beard for his annual appearance as Santa Claus since 2001, stands for a portrait outside with children wearing masks as a precautionary measure at the Bay Terrace Shopping Center in Queens as the global outbreak of the coronavirus disease (COVID-19) continues, in New York City, U.S., December 6, 2020. REUTERS/Caitlin Ochs

Santa is taking time off from his day job as a trial lawyer – for the 19th year – to bring Yuletide cheer in his turquoise convertible “sleigh.”

Dana Friedman, whose law office is a block from the World Trade Center in New York, started out by wanting to give thanks to first responders after the Sept. 11, 2001 attacks.

After much brainstorming, his straight-talking assistant stated the obvious. “Well, you’re fat enough, so why don’t you get into a Santa suit?” he recalled. “She had a point.”

Within two days, Friedman bought a Santa suit and started making rounds in hospitals and orphanages. His paralegals joined in later, one as a six-foot tall elf. Friedman’s son became Li’l Santa, an elf training to take over the role when Santa retired.

Friedman cut deals with private party hosts to buy toys, which he delivers to children’s hospitals in his 1968 Oldsmobile convertible.

“Reindeer are not the most pleasant of creatures,” he said, explaining why a sleigh is not an option.

But Santa must have a real beard – so Friedman grows one every year for six months, and shaves it off on Dec. 26.

“Kids can spot a fake beard a mile away,” he said. “I’ve had adults say, ‘If we didn’t know better I would have thought you’re the real Santa.’

“My answer is: what makes you think you know better?”