Covid-19 is inflicting a devastating toll on Filipino nurses and front-line workers in the U.S. health care industry. Filipino American fatalities have been included in Kaiser Health News’ profile of 278 fallen health workers. Here are the latest Filipino entries in its data base. 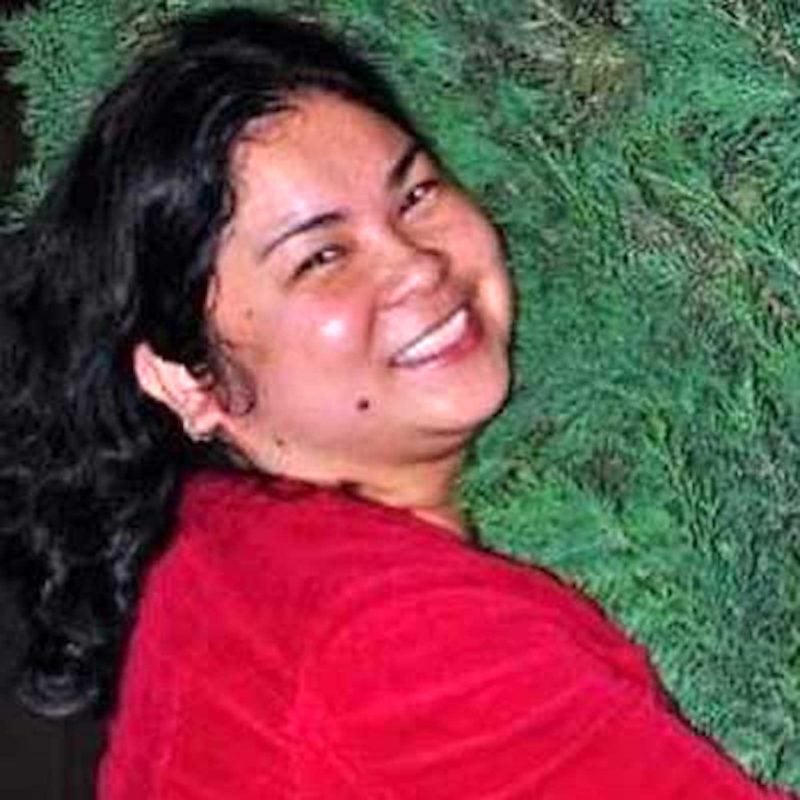 Nurse was linchpin of her family

Christina Baldado had the kind of laugh that anyone within earshot found irresistible – they couldn’t help but laugh, too. She worked long hours as a licensed vocational nurse so she could help her mother and brother make ends meet back home in the Philippines. Baldado, who lived with her sister, Carmela Baldado-Manalese, and her husband and two kids, silently helped friends and co-workers who were financially strapped.

“Pinay wasn’t just an auntie or a babysitter, she was a second mother to my kids,” said Baldado-Manalese, referring to her sister’s pet name.

Last spring, the pandemic short-staffed the nursing home where Baldado handled infection control. She performed Covid-19 tests and kept track of PPE, checking into a hotel so she wouldn’t risk bringing the virus home with her.

“Her shift was 7am to 3pm, but sometimes she wouldn’t get home until 3 in the morning,” her sister recalled.

On Saturday, 20 June, Baldado attended a Zoom visitation for her aunt who had died of Covid-19, the disease she herself had come down with seven days earlier. When Baldado’s oxygen levels read 80%, she went to the emergency room.

Baldado, who had mild asthma, was intubated on 27 June. The last time Baldado-Manalese saw her sister, she was unconscious. “I whispered in her ear, ‘Pinay, please give me a sign so I will know if the right decision is to let you go,’” said Baldado-Manalese. On 5 August, that sign came when a doctor hugged Carmela tightly. “It’s OK,” he said in a soft voice.– Kaitlin Sullivan 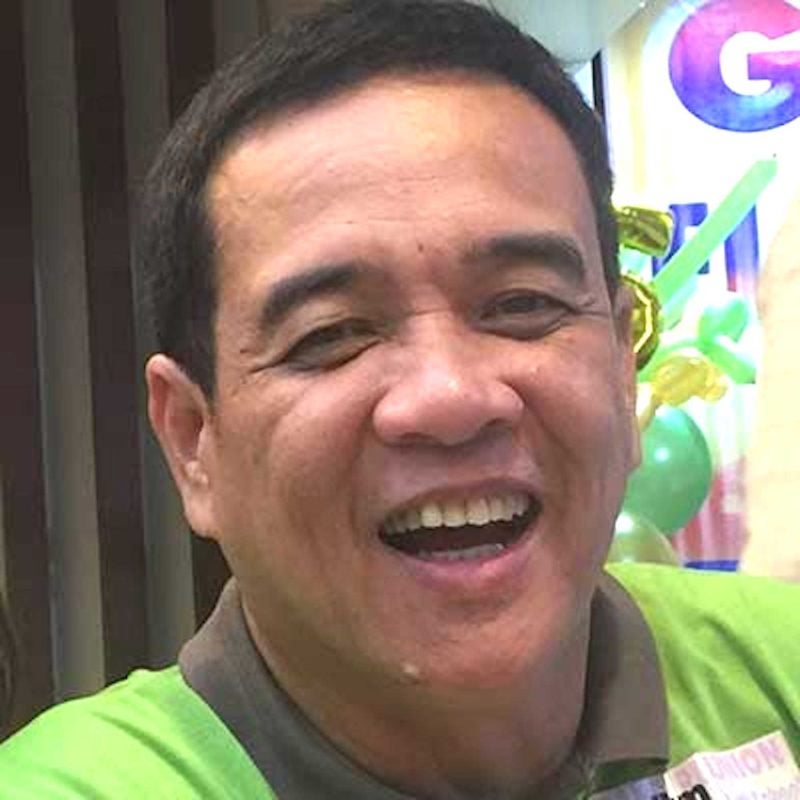 A nurse and gardener whose good deeds came to fruition

Isleta had lived with his sister, Marilou Tomambo, and her family for the past two years. Every day before work, he would hug his sister and kiss her forehead.

“He was very kind and gentle, always smiling,” she said.

Trained as a civil engineer in the Philippines, Isleta moved to the United States in 2007 to begin a nursing career. He sent money home to his wife and son.

Isleta’s co-workers affectionately called him Kuya Oliver, or “Big Brother Oliver”, because he was the oldest at work, just as he was among his four siblings, Tomambo said. She believes he was infected while caring for Covid-19 patients. By mid-July, the large teaching hospital reported more than 100 workers had the virus.

In a statement, the hospital said it could not determine whether any employee had contracted Covid-19 there. It described Isleta as dedicated and called his death “devastating”.

On 16 July, Isleta had trouble breathing and was rushed to the ER by his sister. He spent over 20 days on a heart-and-lung machine called ECMO. Tomambo said Isleta began physical therapy on 30 August – spurring hope for recovery – then suffered a massive brain bleed.

Isleta’s family, on three continents, sang Christian hymns and prayed with him over Zoom, his sister said.

After he died, two eggplants sprouted in the garden, and the persimmon tree bore 10 small fruits. When Tomambo showed her sisters in Australia and Canada, she said, they cried. After caring for the garden, he never tasted its fruit.– Melissa Bailey 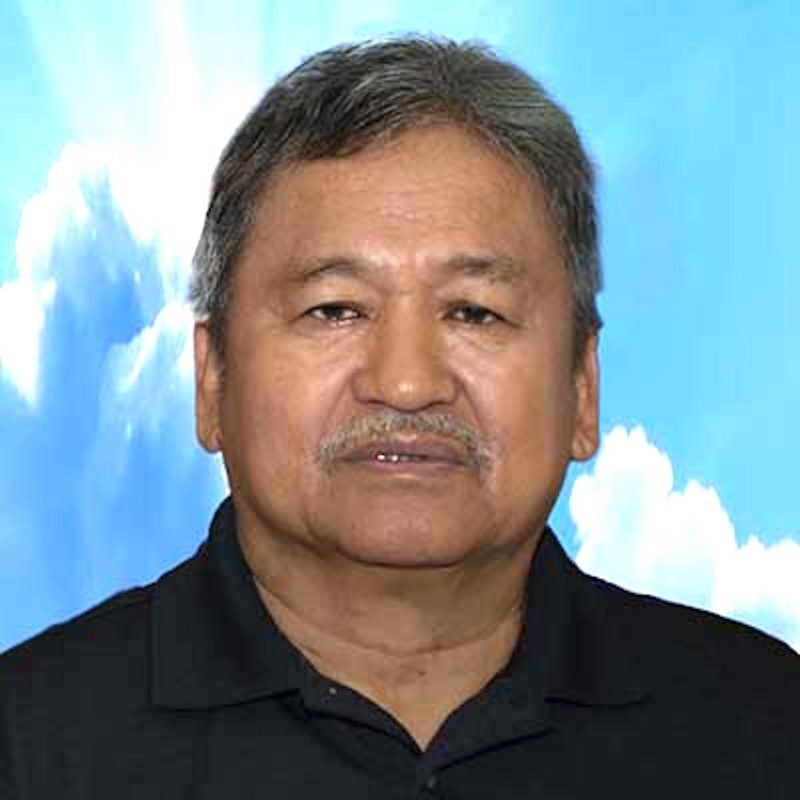 Security guard was told ‘he had a good prognosis’

Romeo Bungubung was a “Filipino MacGyver,” according to his daughter, Gena Gray. Whenever people threw away wood, he’d take it and make something, Gray said. He built a shed and a patio in their backyard.

Before he moved to the United States, he built his house in the Philippines, using any materials he could find, said Adrian Bungubung, a brother. Romeo could do it all, his sibling said, from landscaping to fixing broken windows to painting a house.

“He’s my little brother, but I leaned on him like a big brother for tools and fixing things,” Adrian said.

Romeo worked the night shift as a security guard. He checked people’s temperatures upon entry. He wore a cloth mask, but Adrian believes those small interactions led to his brother catching the virus.

On 24 June, Romeo passed out at home, hitting his head. Emergency room doctors ran several tests, including for Covid-19, but everything looked normal, his daughter said. Romeo was sent home and two days later was told he had Covid-19, she said.

By 8 July, Romeo’s lips were turning blue. He went back to the ER, his daughter said, and was admitted to the ICU.

“He was so happy because the doctor said that he was going to be fine, that he had a good prognosis,” Gray said.

Two days later, Romeo was placed on a ventilator and then on dialysis. As he neared death, Romeo’s daughter was permitted to see him from outside the room.

There are no records that Romeo’s case was reported by Brookdale to the Centers for Medicare & Medicaid Services (CMS), as required. Since his death, the Brookdale senior living facility has been sold and now operates as The Fountains at Mill Cove.

Heather Hunter, a representative of the previous owners, acknowledged Romeo’s death to the Guardian-KHN. Asked why Brookdale had not informed federal officials of his Covid-related death, she replied: “We would not be provided a certificate of death after the passing of an associate, which would provide a cause of death. As a result, we would not have that information for reporting purposes.”

Federal records show that Brookdale did not report any confirmed or suspected Covid cases among residents and staff from 24 May through 21 June, weeks that Romeo was working.

In the three months after his death, the facility reported cases of Covid-19 among residents, including one death among 27 confirmed and 12 suspected cases. It has not reported any staff deaths to federal officials. Among workers, Brookdale reported 29 confirmed and three suspected cases between 24 May and 11 October.– Megan Kalata, University of Missouri