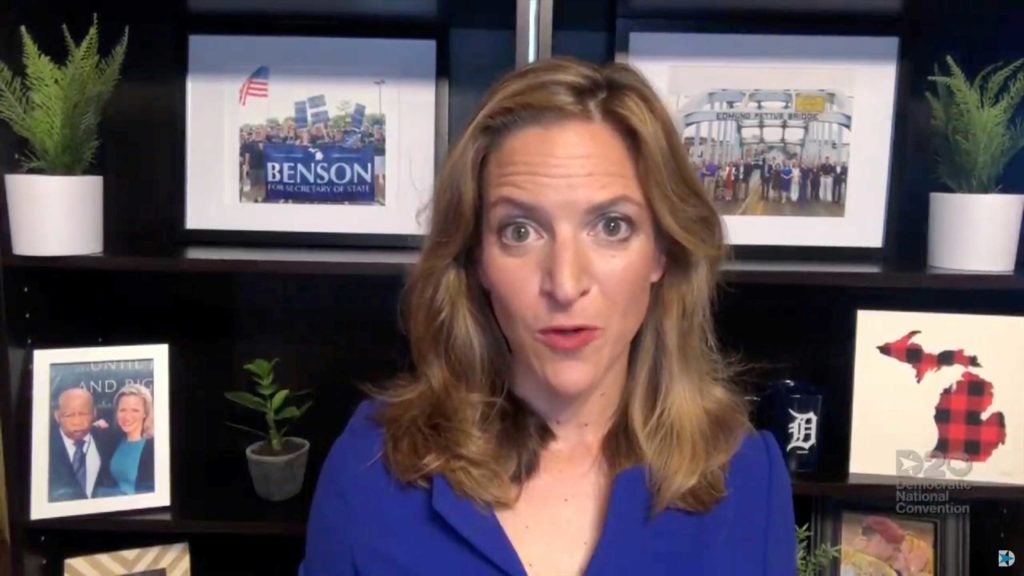 Michigan officials last month certified the state’s election results showing President-elect Joe Biden had won Michigan, one of a handful of key battleground states, in the course of his Nov. 3 election victory.

President Donald Trump has repeatedly claimed, contrary to evidence, that the outcome was marred by widespread fraud in multiple states. State and federal officials have repeatedly stated that there is no evidence of fraud on any significant scale, and Biden is to be sworn into office on Jan. 20.

The protesters who rallied outside Benson’s home held up placards saying “Stop the Steal” and chanted the same message, according https://twitter.com/phil_lewis_/status/1335766901654491136?s=21 to various clips uploaded on social media.

In a Twitter statement on Sunday, Benson said the protesters were trying to spread false information about the security and accuracy of the U.S. election system. “The demands made outside my home were unambiguous, loud and threatening.”

Michigan Attorney General Dana Nessel, in a separate Twitter post, accused the pro-Trump demonstrators of “mob-like behavior (that) is an affront to basic morality and decency”.

“Anyone can air legitimate grievances to Secretary Benson’s office through civil and democratic means, but terrorizing children and families in their own homes is not activism.”

Benson added: “They targeted me in my role as Michigan’s Chief Election Officer. But the threats of those gathered weren’t actually aimed at me – or any other elected officials in this state. They were aimed at the voters.”

Michigan Governor Gretchen Whitmer, who has clashed publicly with Trump over state coronavirus restrictions, was the target of a kidnapping plot by a far-right militia group during the election campaign, prosecutors said in October.

Michigan, one of a handful of key swing state in the 2020 presidential race, was a target of agitation by Trump and right-wing supporters against stay-at-home orders Whitmer imposed earlier this year to curb coronavirus transmissions.