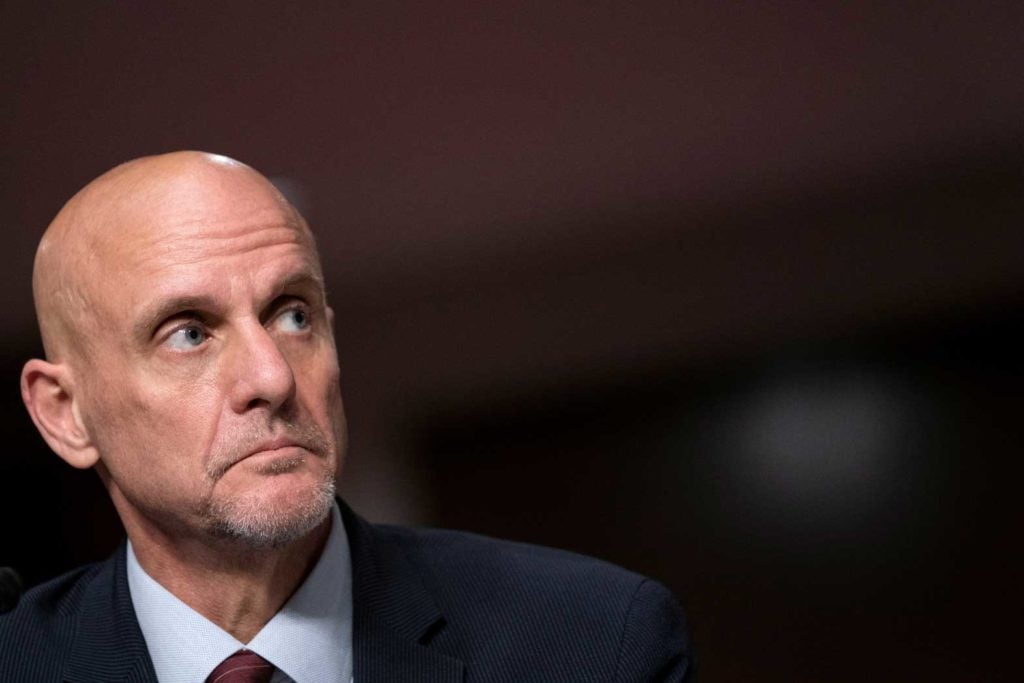 FDA Commissioner Stephen Hahn testifies before the U.S. Senate Senate Health, Education, Labor, and Pensions Committee at a hearing to examine COVID-19, focusing on an update on the federal response at the U.S. Capitol in Washington, D.C., U.S., September 23, 2020. Alex Edelman/Pool via REUTERS

WASHINGTON – U.S. leaders urgently called on Americans to wear masks and threatened even more drastic stay-at-home orders after deaths from the coronavirus set a single-day record, with two people dying every minute.

More than 213,830 new cases and 2,861 deaths were reported on Thursday, according to a Reuters tally of official data. With U.S. COVID-19 hospitalizations also at record levels, several experts project the death toll will soon surpass 3,000 per day.

President-elect Joe Biden promised a new national strategy that will impose mask mandates where he will have authority, such as federal buildings and for interstate travel, once he takes over for departing President Donald Trump on Jan. 20.

Beyond the mandate, he urged people to voluntarily wear masks, seeking to counter lax public discipline to date and Trump’s own timid endorsement of mask-wearing.

“On the first day I’m inaugurated … I’m going to ask the public for 100 days to mask, just 100 days to mask, not forever, 100 days,” Biden told CNN in an interview on Thursday. “And I think we’ll see a significant reduction if we incur that – if that occurs, with vaccinations and masking, to drive down the numbers considerably.”

Two promising vaccines could soon receive emergency use authorization from the U.S. Food and Drug Administration, and some 20 million Americans could be vaccinated this year, FDA Commissioner Stephen Hahn told Reuters in an interview on Friday.

As soon as the FDA approves a vaccine, “I will be first in line and I will encourage my family to take this vaccine,” Hahn said.

Biden also told CNN he would be happy to get vaccinated publicly, as former presidents Bill Clinton, George W. Bush and Barack Obama have pledged, in order to boost public confidence and persuade vaccine skeptics.

Other public figures have followed, including best-selling novelist Stephen King.

“As a kid of 5 or 6, I lined up with other little people to get the Polio Vaccine. As a man of 73, I’ll line up for the Covid Vaccine as soon as I’m told it’s time,” King said on Twitter.

The U.S. government’s first shipment of millions of coronavirus vaccine doses is expected to be shared by states and federal agencies, including the Department of Defense. But it will fall far short of protecting high priority groups such as healthcare workers, a Reuters analysis has found.

“For the time being, and the foreseeable future, the demand for vaccines is going to exceed the supply by a lot, even for the highest priority groups that are identified,” said Josh Michaud, the Kaiser Family Foundation’s associate director of global health policy.

Dr. Anthony Fauci, a member of the White House coronavirus task force, said on Friday he expected to see another surge in infections two or three weeks after the Nov. 26 Thanksgiving holiday, when many Americans traveled to visit family, and feared Christmas shopping and parties would fuel another spike.

“We really have to intensify our public health measures,” Fauci, director of the National Institute of Allergy and Infectious Diseases, told NBC’s “Today” show.

Fauci also said he has accepted Biden’s offer to be his chief medical adviser, as well as keep his current position.

As U.S. cases since the start of the pandemic surpassed 14 million on Thursday and more than 100,000 people were hospitalized, California Governor Gavin Newsom said he would impose strict new stay-at-home orders to be triggered on a region-by-region basis when less than 15% of intensive care unit capacity is available.

The University of Washington’s Institute for Health Metrics and Evaluation now projects nearly 539,000 COVID-19 deaths by April 1, almost double the current death toll since the pandemic began, even as life-saving vaccines start to become available.

But 66,000 people could be saved if the share of Americans wearing masks in public rose to 95% in the next week, the institute said.