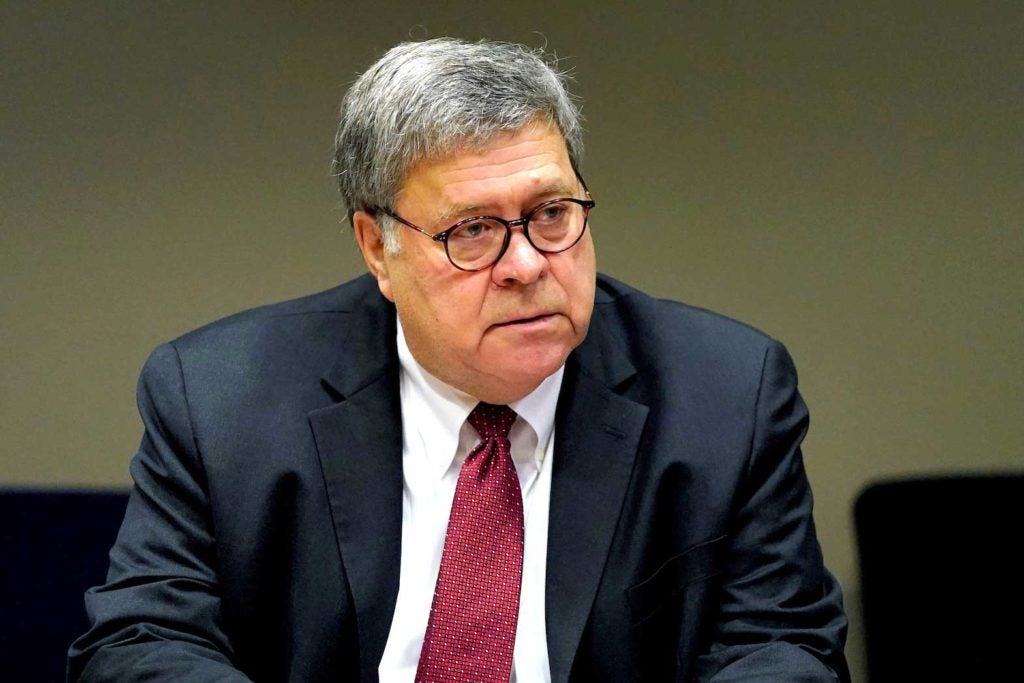 WASHINGTON – U.S. Attorney General William Barr said on Tuesday the Justice Department has found no evidence of widespread voter fraud in last month’s election, even as President Donald Trump kept up his flailing legal efforts to reverse his defeat.

Barr, who has been frequently accused by Democrats of politicizing law enforcement, told the Associated Press that prosecutors have not found evidence to back up Trump’s claims that the Nov. 3 election had been marred by widespread fraud.

“To date, we have not seen fraud on a scale that could have affected a different outcome in the election,” Barr told the news service.

The Trump campaign said the Justice Department did not investigate thoroughly enough.

Biden defeated Trump by 306 to 232 in the state-by-state Electoral College that chooses the president – the same margin that Trump declared a “landslide” when he won four years ago – and leads by more than 6.2 million ballots in the popular vote.

Trump’s fraud claims have been repeatedly rejected by state and federal officials, and his campaign has had no significant success in dozens of court cases.

Nevertheless, Trump’s campaign launched a new effort in Wisconsin on Tuesday, asking the state’s top court to consider throwing out 221,000 absentee ballots that allegedly lacked information. Biden won the state by about 20,000 votes.

In a separate lawsuit, one of Trump’s former lawyers asked a federal judge to declare Trump the winner in that state. But one of the plaintiffs in that case told Reuters he was not aware he was involved.

“I had one conversation with a lawyer. I said that’s interesting, get back to me, and that was it,” Derrick Van Orden, a military veteran who ran unsuccessfully for Congress, told Reuters. “I was added to the lawsuit without my knowledge.”

The lawyer who filed that suit, Sidney Powell, said there had been a miscommunication. “We will take appropriate action to clear that up,” she told Reuters.

Powell was removed from Trump’s legal team after floating a range of conspiracy theories to explain Trump’s loss.

While unsuccessful in court, Trump’s complaints appear to have yielded political benefit as polls show a large percentage of Republicans now believe the election was not conducted fairly.

‘SOMEONE’S GOING TO GET HURT’

A top election official in Georgia implored Trump to stop his baseless claims, saying they were leading to threats and potential acts of violence against him and other authorities.

Trump, however, kept up his criticism. “Expose the massive voter fraud in Georgia,” he wrote on Twitter late on Tuesday.

Separately, the Justice Department said in a court filing that it was investigating a potential crime tied to offering “substantial” political contributions in exchange for a presidential pardon.

The New York Times, citing two sources, reported that Trump discussed with his advisers whether to issue pre-emptive pardons to his three oldest adult children, son-in-law Jared Kushner and personal lawyer Rudy Giuliani, who is leading the legal effort to challenge the election.

The White House declined to comment on the report.

Biden, for his part, has focused on setting up his administration before he takes office on Jan. 20.

On Tuesday, he urged Congress to pass a coronavirus aid package that has been stalled for months, and promised more action to help the economy after he becomes president.

Republicans and Democrats have been at odds since the summer over how to provide more help to people, businesses and local governments thrown into turmoil by the pandemic.

Lawmakers floated several proposals on Tuesday to try to break the deadlock.

Biden said any such package passed by Congress before he takes over next month would be “at best just a start.”

At an event in Wilmington, Delaware, Biden appeared with people he has selected for top economic roles in his administration, including his nominee for Treasury secretary, former Federal Reserve Chair Janet Yellen. She would be the first female Treasury secretary.

Yellen, Rouse and Tanden would require Senate confirmation, and several Republicans in that chamber have said they oppose Tanden’s nomination. Control of the Senate will be decided in a pair of runoff election in Georgia on Jan. 5.