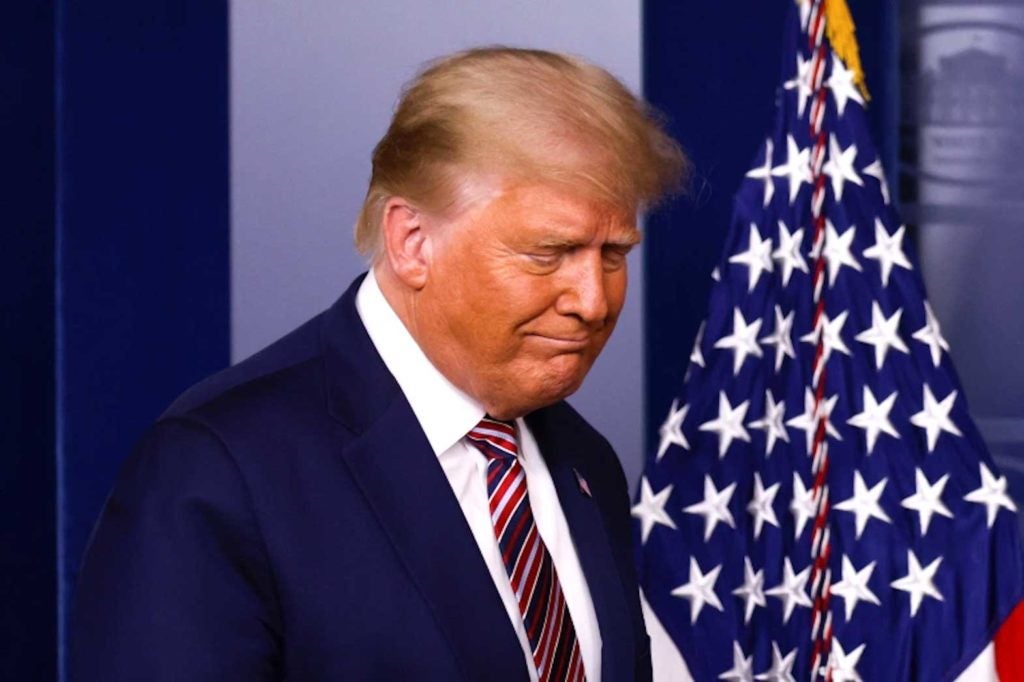 A Filipino American friend, an ardent Republican, posted on-line something about voter fraud and election theft. He’s one of the 30% of Asian Americans who are Trump supporters, and he was hopping mad. He believes the election was stolen and he has proof! Information from a conservative website.

I didn’t laugh. I simply told him to evaluate the evidence first. And then to look to the courts to see if any claims are legitimate.  So far, almost all the lawsuits brought forth have been thrown out.

But I was willing to go one step further. Give all the questionable votes to Trump and see if they make any difference, whatsoever. There’s not enough votes to make up the seven million or so vote margin. Therefore, it’s time to end the debate. We’re on the same side. Even the 71 million or so who voted for the losing incumbent.

That was no olive branch. Just the facts. But my friend wasn’t reaching back, preferring to  mirror the president’s tantrum and play his bawl game.

This is bad for democracy. It only shows Trump’s plan to wreck our country works whether he’s in office or not.

There really is no logical call for a second Trump term.

I could tell by the vote in what I call the red part of the blue state, my “ruburban” California neighborhood in the Big Ag Central Valley where they decided it was better for their capitalistic sense to grow houses instead of food.

The place used to be so conservative, but it’s changing. Four years ago, San Joaquin County barely went for Hillary Clinton.

This year, it was overwhelmingly for Biden, 56-42, a landslide for sanity. But 14 points? Chalk it up to the national suburban trend against the chaos of Trump.

It doesn’t mean it was a Democratic landslide throughout the ticket.  Stockton Mayor Michael Tubbs, an African American Stanford grad from the inner city  featured in an HBO documentary this year, lost by double digits to a conservative African American in a disappointment for progressive Democrats.

The real valley showed up for that vote. Trump they abandoned.

But there are holdouts.  Election “month” is practically over, but on my masked dog walk through my neighborhood after Thanksgiving,  I saw  three Trump signs still on display in defiance. Holding out for the real election thieves, who will experience the wrath of Trump unlike Michael Flynn who merely lied a bunch.  Flynn gets pardoned. But the election bogeymen, whoever they may be, watch out! Trump is coming for you.

It’s more than a little ridiculous. So how do we get over this trust chasm?

Somehow our country has to get on the same page. We used to think that could be the Constitution. But it really needs to be the place we get our daily truths.

That’s not going to be easy when everyone relies on their own particular silo of information that gives them just what they need to be part of their affinity  group and nothing more.

As always, I come to you fully-siloed.

The ethnic-oriented media has always been siloed, a super vertical, deep and narrow, super-serving an otherwise underserved niche like Asian-Americans, or an ethnic subgroup (Korean, Filipino, South Asian, etc.)

We have to be. How many times do our stories or sensibilities show up in mainstream outlets in a way that really gives us what we need?

Without our ethnic media (newspapers, TV, radio, and web posts  like this)  we’d be shut out and people wouldn’t hear or see us. The siloed approach has always been both necessary, and appropriate, at its core it was simply giving voice to the voiceless.  We had to be heard.

But somehow the method got hijacked.

The silo was never intended to be the tool of the majority—especially when it’s used to sell a more acceptable form of white supremacy. Somehow that’s what happened. The white ethnic press was born.

As we talk of a free press and a diversity of ideas, we have all these other sources spreading a different kind of information based on conspiracy theories and opinion.  Breitbart and its ilk are all in that niche.

Not good enough for the Washington Post or the New York Times. But the white ethnic press does address  a  majority white audience. In doing so, they get taken seriously by a lot of people–until they are rejected as pure poppycock. But if they’re not rejected, they become the only source of news for a vast number of people. The vertical.

It’s more problematic when mainstream organizations  go vertical and don’t take a horizontal approach covering everything. Add social media  with their algorithms feeding you only the news you want, and not the news you need, and suddenly your information diet is toxic.

You’re eating all too much junk food and none of the “good for you” stuff  that’s truthful and credible.

That’s the state of the media landscape now. All siloed. Truth? It’s all about belief. Do you believe? In that sense the siloes are more like cathedrals with truth dispensed as such. Does it feed your “truth”?

Great. Now what about the plain and simple truth based on evidence and reality?

It’s a journalism problem, a discourse problem,  and also an audience problem. People seem to be impatient to get the “goods.” Entertainment is preferred. It’s fun populism. That was former Top 40  Rush Limbaugh’s secret. Trump the reality show host just followed his path. No wonder Trump felt an obligation to give Limbaugh a Presidential Medal of Freedom last State of The Union.  Rush ushered in the State of Political Rhetoric. He  showed Trump, neither a reader nor a thoughtful man, the way to be political and destructive. So Trump ran in 2016, and if he lost, what the hell, he didn’t want to win anyway. But then he won. That became democracy’s problem. Truth is, he’d rather be playing golf.

That’s where Trump leaves America, exposed for being not so great, and not so smart. Just very selfish and self-serving. Like him.

We’re arguing amongst ourselves, doubtful about the integrity of government, and our election. With 71 million votes, Trump’s more disruptive than any foreign enemy.

He leaves us much worse off than he found us. At least the Trump library should be a cinch. A bunch of TV sets tuned to cable. One channel. And not a book in the joint.

Emil Guillermo is a journalist and commentator. He has written his “Emil Amok” column since 1995. Twitter @emilamok See his podcast videos at www.amok.com