To Father Bobby Yap, who set the right tone as Ateneo president 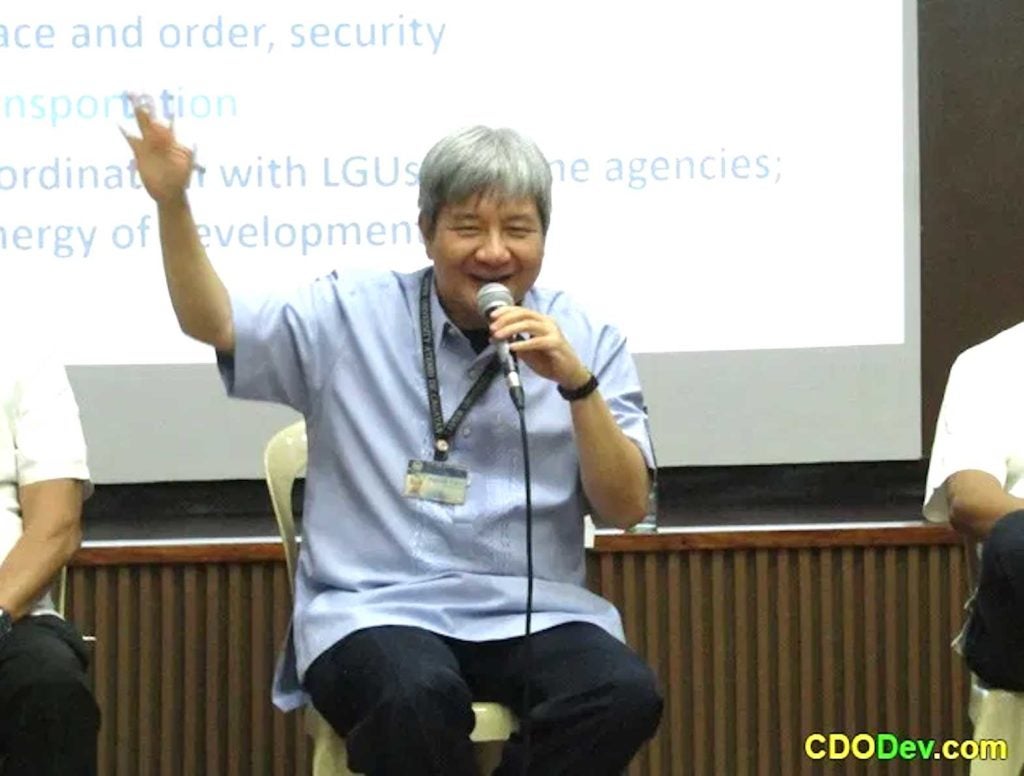 It’s been 40 years since we last saw each other. I’m not sure you’ll remember me. It’s even possible you’d rather forget.

I suspect you don’t have fond memories of my class, 4-C Ateneo High School 1981. We were a difficult bunch. I gather you did not really enjoy the year you served as our supervising teacher.

I can still remember the dejected look on your face on the last day of our senior retreat at the Sacred Heart Novitiate in Novaliches.  We were rowdy, noisy, irreverent.

What was supposed to be a weekend of solemn reflection we turned into time to party, to get drunk and smoke pot. The Jesuits who lived there were extremely disappointed and pissed off. And so were you. We were young, undisciplined and yes, stupid. In any case, that was a long time ago. Most of us have moved on to more disciplined, even meaningful, lives.

I was only vaguely aware of your journey from Mr. Yap, our high school teacher, to Father Bobby SJ. Last year, I was pleasantly surprised to read the news about your appointment as Ateneo’s president.

Still, I didn’t really think much of your new post — until two weeks ago.

That was when the Ateneo put out a statement that appeared to disown and even indirectly denounce its own students who were speaking out against the regime of Rodrigo Duterte.

“Please be aware that this protest activity and the one held last 17 November are not in any way sanctioned by the University,” the statement said.

It was a disheartening statement for me. It brought back memories of the Ateneo I learned to reject as a young man after I left Loyola Heights — the institution that tells its students to be “men for others,” to go “down from the hill” to serve, but then gets spooked and rattled when they actually demonstrate the courage to fight for change.

This became clear to me a year after I moved from Loyola Heights to go to college at UP Diliman. I was in my sophomore year in 1982 when one of Ateneo’s greatest sons, Edgar Jopson, was killed by the Marcos dictatorship.

Edjop, as he was called, was a nationally known youth figure hailed by the Jesuits as the model Atenista. He led the moderate wing of the youth movement and became famous for an act of courage. In January 1970, in a meeting with Ferdinand Marcos at Malacanang, he dared ask the president to promise in writing that he would not seek a third term. Marcos responded by insulting Edjop, dismissing him as a mere grocer’s son.

Edjop began life after college living with and organizing factory workers in Manila. And he kept on fighting. After Marcos declared martial law in 1972 marking the beginning of one of the most brutal dictatorships in history, Edjop stunned the Ateneo community by joining the underground national democratic movement.

A decade later, Ateneo would grudgingly allow Edjop’s family to hold a memorial service for him on the campus where he first took seriously the dictum of being a “man for others.” Ateneo’s cold and cruel welcome was recalled by the late poet, and another prominent Atenean, Freddie Salanga, who wrote in a 1982 article how during the service, a Jesuit was “practically pleading with the family to please decide when to close the coffin and take it out.”

“They may not have agreed with his brand of seeking justice, but the man had, undoubtedly, stood for the same thing many of them had been (sometimes triumphantly) preaching about, albeit under better protective cover, for Loyola Heights is hardly any sane man’s idea of a guerrilla jungle,” Salanga wrote.

Edjop has since been embraced as a hero by the Ateneo community. One of his high school teachers, Father William Kreutz, the Jesuit who coined the nickname Edjop, said, “Anyone who follows through and dies for what he or she believes in, especially if it’s for the benefit of the nation. I think that person deserves to be called a hero.”

But the Nov. 20 Ateneo statement sent a wrong, disturbing signal.

It came out at a time when young Filipinos, including Atenistas, are speaking out against a regime that inspired a campaign of mass killings and which, in the wake of a pandemic and devastating typhoons, has shown brazen disregard for the welfare of Filipinos, especially the poor.

It appeared to mark the return of the old Ateneo, the school that once expelled college students — including my brother in law Rafael Paredes — for exploring and advocating political positions deemed too radical and unacceptable … the elitist institution that once showed brazen disrespect for a martyred alumnus who gave up for his life for others.

But then, five days after that first statement came out, you spoke out as Ateneo president.

“I am heartened in seeing students express grievances as well as call for compassion for those affected by the crisis,” you wrote in an open letter to Ateneans. “I affirm the right of citizens to hold their government accountable in its duty to serve and help those affected by the pandemic and the calamities. In line with our education mission, we recognize differing positions by offering various options consistent with our objective of integral formation for those who wish to engage in protest actions.”

“There are many voices and many modes of expression. We are called upon to grow in the habit of respecting the views of others and to the desire to be bridge-builders who foster productive collaboration.”

It was a timely statement, a much-needed declaration of solidarity and openness, one that set an upbeat, constructive tone at a time when young Filipinos are speaking out and taking action against injustice.

Your letter affirmed Ateneo’s activist past, even as it acknowledged and showed respect for the different views on how change can be achieved. It also underscores one of the key lessons in Ateneo history: young Filipinos will help define our future. They will lead the push for change, and we need to listen to and engage with them — even if we may disagree with what they have to say.

I myself may not agree with everything that the students leading the protest movement on Loyola Heights stand for. Despite my own activist path, I myself have been denounced by those with whom I disagreed. Three years ago, my friend Susan Quimpo and I were attacked by a San Francisco chapter for the League of Filipino Students for our critical views of the national democratic left.

But young Filipinos, especially in a time of grave national crisis, in many ways worse than what we witnessed during the Marcos regime, must be heard.

They must be given the space to express their frustrations with a murderous government that has clearly failed to serve citizens during a global catastrophe. They must be allowed to explore ideas and ways to be part of and even lead the change that could shape their future.

Most of them are not, I suspect, the rowdy, misguided, disrespectful teenagers who disappointed you 40 years ago. They are, I’m willing to bet, young Filipinos searching for answers for a country they care deeply about.