Immigrating to the U.S.: Current problems and solutions 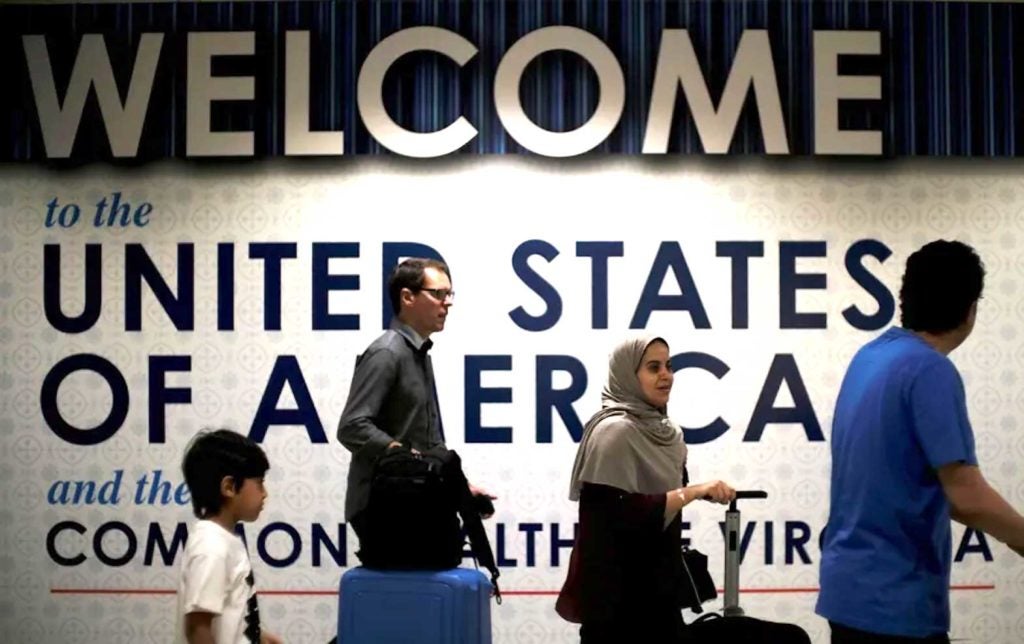 Unlike four years ago, immigration was mostly in the background of the 2020 campaign, as the battle between pandemic response vs. economic and religious freedom took center stage. While the incoming Biden administration has already released some preliminary immigration proposals, so far, most of the proposed changes have been about humanitarian immigration and do not apply to people from the Philippines.

Asylum is not really relevant to Filipinos, as you need to be within the US or at least at the border to even claim asylum. While the Philippines continually experiences natural disasters, we are not eligible to even apply for Temporary Protected Status in the US based on calamities.  Since there’s no realistic way of coming directly from the Philippines via sea or land, airport security checks serve as the real wall to these types of humanitarian immigration. Almost all of us come “the right way,” at least initially.

While Fil-Ams are the second largest group of Asian-American DACA recipients, who were brought to the US as children, any proposed path to legalization would affect only a few thousand Fil-Am DACA recipients, just a small slice of the millions of Fil-Ams. Don’t forget that Joe Biden served as vice president to an administration that deported 3 million people in 8 years, more than the estimated one million deportees in Trump’s one term. A Republican Senate majority blocked Barack Obama’s plans of comprehensive immigration reform, and depending on what happens in Georgia’s run-off Senate elections in January, history might rhyme.

Many Filipinos and Fil-Ams have problems with their civil documents, especially those whose identities rest on documents that were physically completed by humans with ball pens or old-school typewriters. Because of the Spanish influence on our legal system, our mothers’ maiden names serve as our middle names in Philippine legal documents. This clashes with the American custom of having a given name as a middle name, and often causes confusion about legal names. Sometimes birthdays or places of birth have minor typos or variations that cause major stress in the immigration process. Making sure all your documents match is a headache that you shouldn’t wait until the last minute to alleviate.

Every month, the State Department releases priority dates for immigrant visa numbers. The Philippines is one of four nations (mainland China, Mexico, and India) that send the most immigrants to the US and thus face longer waits than the rest of the world. People born in each country can only get up to 7% of the total immigrant visas in a year. China and India account for much more than that percentage of the total population of the world. Mexico is America’s neighbor and much of the southern US used to be Mexican land. The Philippines is thus quite special, albeit not in a good way.

Because it can take almost 30 years for a visa to become available to a Filipino sponsored through family preferences, there are some sadly common problems that recur. One of the most basic is not notifying the US government if you move or change addresses. This is your responsibility, and coupled with the shaky reliability of the Philippine postal service, this means many notices are lost in the mail. People also lose the important documents with their application or alien registration numbers, making it harder for them or their attorneys to follow up their cases with the relevant US government agencies.

Why “sons and daughters” are not children under immigration law.

Another way people lose their spot in the decades-long lines is by marriage. US immigration law defines “child” as being under 21 and unmarried. If you turn 21 or get married, you automatically change categories to “son and/or daughter.” This has big ramifications. Only US citizens can sponsor their married sons and daughters. If you are the child of a green card holder, marriage extinguishes your petition. If you are over 21 and the son or daughter of a US citizen petitioner, marriage currently adds roughly 10 years to your wait for an immigrant visa, on par with the 20ish year wait faced by siblings of US citizens.

There are limited protections under the Child Status Protection Act for unmarried beneficiaries over 21, which subtracts the time a petition was pending from the intending child immigrant’s age. However, with the Philippines being the only country in the world that does not have divorce other than the Vatican (where marriage is not quite as  common), it is hard to show a legal termination of marriage within the one year period to respond to a notice. If you are a derivative on a long-forgotten petition and separated from your spouse, you may want to start the lengthy annulment process earlier.

Because of the combination of the coronavirus pandemic and the Trump administration’s xenophobic attitudes toward immigration, the issuance of immigrant visa numbers that lead to green cards has dropped off a cliff this year. Just a few years ago, the US government was working on petitions filed by American citizens for their relatives in the Philippines back in the mid to late 1990s. The past few visa bulletins have jumped into the early 2000s, meaning there’s several years’ worth of Filipina/x/o applicants that should be following up their petitions if they are still serious about them, as leftover visa slots were opened to the queue once the new federal fiscal year started in October.

Previous violations of criminal or immigration law might be holding some people back from applying. If you accrue more than 6 months of unlawful presence in the US, leaving may trigger a 3 year bar from returning. If you have over a year of unlawful presence, this can result in a 10 year bar. Prior criminal convictions, deportations, or being caught lying to the government may result in bans that are even longer, up to being permanently barred from entry to the US.

Other than criminal convictions for serious crimes like aggravated felonies or drug trafficking offenses that are almost impossible to waive, there are ways to apply for waivers if you have a qualifying relative. Historically, only US citizen spouses or parents counted as qualifying relatives. This was extended to include legal permanent resident spouses and parents in 2016. Unlike what faux news will tell you, merely having a biological or adopted child in the US does not give you an anchor to stay here.

For waivers, the intending immigrant must prove extreme hardship to the qualifying USC or LPR spouse or parent in two scenarios – if the intending immigrant is not allowed to come to the US, and if the qualifying relative would need to move to the other country. Hardship by legal standards is not just the difficulty or pain of being separated from loved ones, not just emotional or even economic loss. Typically there needs to be a deeper problem, often medical or life-or-death in nature.

Another effect of the long waits for priority dates is that many petitioners die while the beneficiaries are still waiting for their petitions to become current. 20ish years ago, when the pandemic was AIDS, which we knew very little about, there was a huge wave of nurses brought in from the Philippines, perhaps because Americans saw them as expendable. Nevertheless, many became US citizens, which enabled them to petition for sons, daughters, or siblings. Now nearing retirement age, many of them were pressed into duty again during the Covid19 pandemic. Although only 4% of US nurses are Fil-Am, Fil-Ams account for roughly a third of Covid-related healthcare worker fatalities.

If your I-130 petition has been approved, and your petitioner died before you were able to pursue it, there are limited ways for another US citizen or green card holder to step up as a substitute sponsor. This relief is discretionary, and often leans on factors like the impact on your other US citizen or LPR family, length of your lawful residence in the US, or health concerns. While the chances are not great for most beneficiaries who have spent decades waiting in the Philippines, it is still worth a try, if only to honor the sacrifices of your deceased petitioner.

Hope for the future

The one proposal the Biden administration has already put forth that would impact Fil-Ams the most is a proposal to change the legal classification of the spouses and children of green card holders to “immediate relatives” – who do not have to wait for an immigrant visa and do not count against the country cap. This would benefit immigrants – who currently have to wait for up to 5 years and then pass a Civics test that most Americans would fail to become citizens and even have the possibility of applying for family reunification.

It would not take away anyone else’s spot in line, and would even speed up the process for the sons, daughters, and siblings of US citizens to reunite with their US-based family sooner. The probability of this or any large-scale immigration reform happening rests in the hands of voters in Georgia, where the last two Senate seats will be decided on January 5.

With a new administration coming in, turnover in the civil services, and a possible acceleration of priority dates, next year will be an interesting year for immigration. People who have been waiting for years might have their American dreams come true sooner than they thought. Now would be a good time to make sure your addresses are updated, your civil documents match, and your criminal and marital records are clean. Dare to dream, but prepare the things you’ll need to achieve that dream.

Jath Shao is a Filipino-American immigration attorney who helps families come together, businesses sponsorspecialized employees, and defends the rights of Fil-Ams and other immigrants before courts, consulates, or administrative agencies.