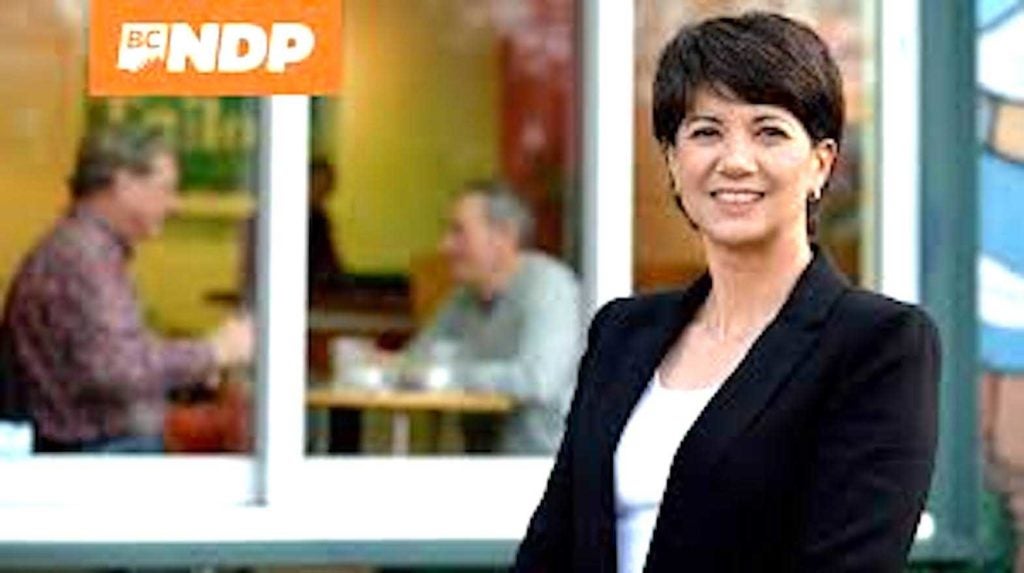 Filipino community associations are urging the appointment of Vancouver-Kensington MLA Mable Elmore, the only Filipino Canadian in the legislative assembly, to a cabinet position. NDP PHOTO

VANCOUVER, B.C. – Dozens of Filipino organizations in British Columbia are urging Premier John Horgan of the ruling New Democratic Party not to pass over the only Filipino Canadian member of the legislative assembly for a cabinet post again.

In an open letter to Horgan, the groups urged Horgan to appoint Filipino Canadian MLA Mable Elmore to a cabinet post or risk alienating the Filipino community.

“Anything less amounts to the continued marginalization of our community and is an affront to the dedication and service of Filipinos to BC over the years,” stated the letter signed by several community organizations.

Elmore is the darling of the community. When the B.C. NDP first formed government in 2017, the community was hopeful that Elmore would be included in the cabinet, the website Straight.com reported. Filipinos, many of whom support the NDP, did not openly push for Elmore at the time and counted on the party’s goodwill.

When Elmore, already on her third term, got passed over for a cabinet post in 2017, Filipinos kept their frustration within the community, the report said. A Filipino leader reportedly complained to an influential figure in Horgan’s government, but the person was dismissively told, “Your community will get over it,” according to Straight.com.

When the B.C. NDP won a majority in the Oct.24, 2020 election, Elmore also earned her fourth term as MLA for Vancouver-Kensington. This time around Filipino community organizations are breaking their silence.

In the open letter, the community told Horgan that “now is the time to recognize the importance of the Filipino community by appointing Ms. Elmore to a leadership position.”

“For your Cabinet to genuinely reflect the diversity of the people it serves it needs to include Ms. Elmore,” the letter stated.