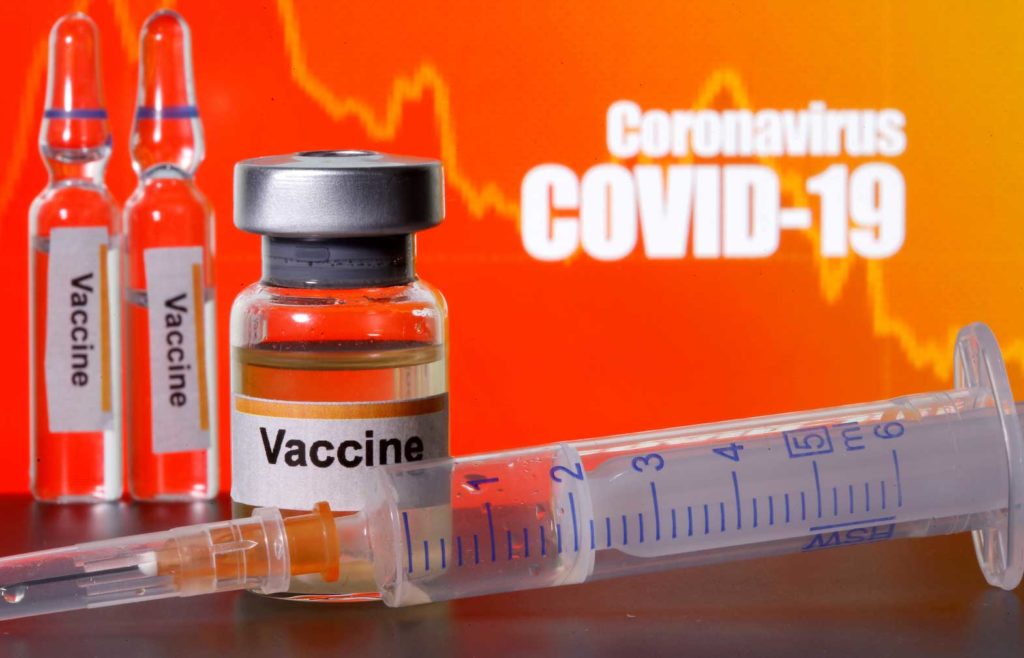 U.S. officials expect to begin inoculating Americans against the novel coronavirus by mid-December as another global drug company on Monday unveiled promising trial results on a vaccine candidate, providing hope as the pace of infections accelerated.

The head of the U.S. campaign to rapidly deploy a vaccine that U.S. healthcare workers and other high-risk people could start getting shots produced by Pfizer Inc within a day or two of regulatory consent next month.

“I would expect, maybe on day two after approval on the 11th or 12th of December, hopefully the first people will be immunized across the United States,” Dr. Moncef Slaoui, chief scientific adviser for “Operation Warp Speed,” told CNN on Sunday.

With many Americans traveling and potentially increasing their risk ahead of the Thanksgiving holiday on Thursday, the United States has surpassed 12 million infections and the death toll has climbed to more than 255,000 since the pandemic began.

Coronavirus hospitalizations have surged nearly 50% over the past two weeks as the pace of new infections quickened, and the average number of new COVID-19 deaths reported in United States has been increasing for 12 days.

The latest vaccine breakthrough came on Monday as British company AstraZeneca said its vaccine could be 90% effective without any serious side effects. The vaccine would give the world another important tool against the pandemic and one that is potentially cheaper to make, easier to distribute and faster to scale up than those of rivals.

The vaccine was 90% effective in preventing COVID-19 when administered in two different doses a month apart, late-stage trials showed.

Pfizer, working with German partner BioNTech, says its vaccine was 95% effective against infection from the highly contagious respiratory virus.

Other pharmaceutical companies making progress include Moderna Inc, which is expected to seek separate approval later in December, and Johnson & Johnson, which is working on a single-dose vaccine.

In the United States, the first people to receive the Pfizer vaccine would likely include doctors, nurses and front-line emergency medical personnel, as well as those at the highest risk of severe illness and death from the virus, Slaoui said.

But U.S. Surgeon General Jerome Adams expressed concern that Americans who are dismissive of science and skeptical about vaccines may discourage people from getting their jabs.

“What I’d hate is for us to have a vaccine that could end this pandemic but people don’t trust it,” Adams told the ABC News show “Good Morning America” on Monday.

“I’m just excited we now have three vaccines out there because when you’re trying to immunize the entire planet we want to have as many different tools in our arsenal as possible,” Adams said.

California Governor Gavin Newsom said late Sunday he would quarantine for 14 days after three of his children were exposed to a California Highway Patrol officer who tested positive for the virus.