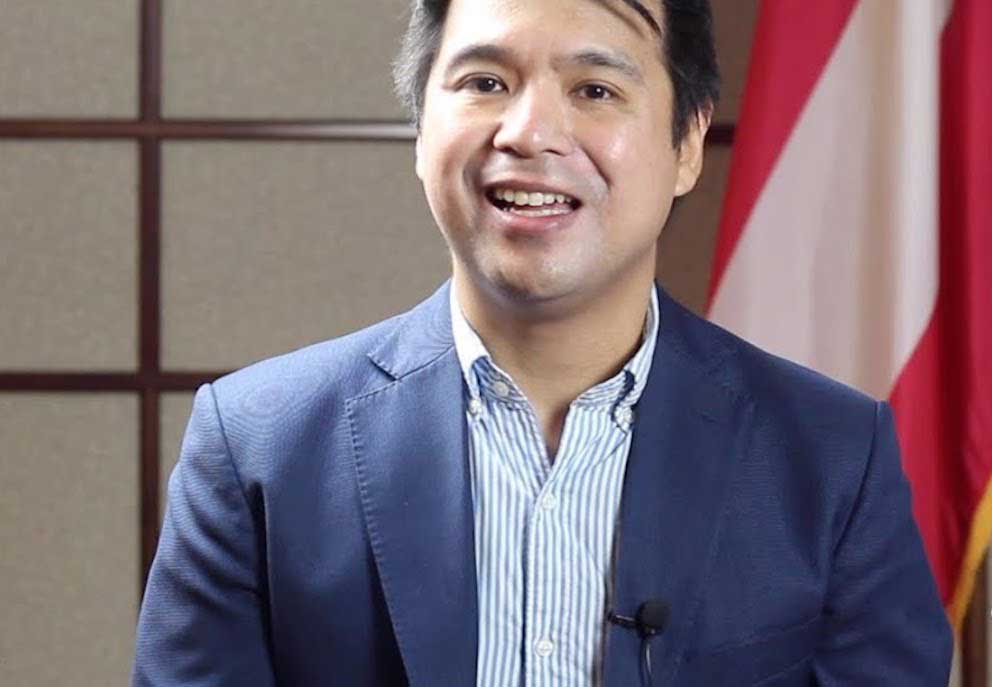 Georgia State Rep.-Elect Marvin Lim is asking for help to get out the votes for the Jan. 5 runoffs for the US Senate. YOUTUBE

ATLANTA, Georgia — Marvin Lim,  the Democratic State Representative-Elect in Atlanta, Georgia, is asking Filipino Americans and other voters to help in get-out-the-vote efforts for the Jan. 5, Senate runoffs.

Lim is helping senatorial candidates Rev. Raphael Warnock and Jon Ossoff whose victory over their Republican opponents could mean a Democratic majority in the US Senate.

“Letting locals lead – including locals who know they community they’re canvassing – is the most effective way to turn out the vote,” says Lim, an LGBTQ immigrant from the Philippines who ran unopposed in the general election after winning the Democratic primary in June.

Lim represents House District 99, which is 85% minorities and 50% foreign-born immigrants (including large Latino, South Asian and African immigrant populations. He explains that canvassing door-to-door, with masks on, with his campaigners helped him win the Democratic primary and could be crucial again in the runoffs.

Lim won in the Democratic Primary with 62% of the vote. Because the Republican Party did not nominate an opponent in the November elections, and is deemed elected to the Georgia State House of Representatives.

Lim was born in Quezon City, and grew up in Cainta, Rizal. His father, from Pangasinan, and his mother, from Binangonan in Rizal, both worked at Meralco. He graduated from Yale Law, became a job developer for refugees and undocumented immigrants, then an ACLU attorney. He helped groups ranging from Black Lives Matter in both Florida and Georgia to an indigenous tribe in Georgia.