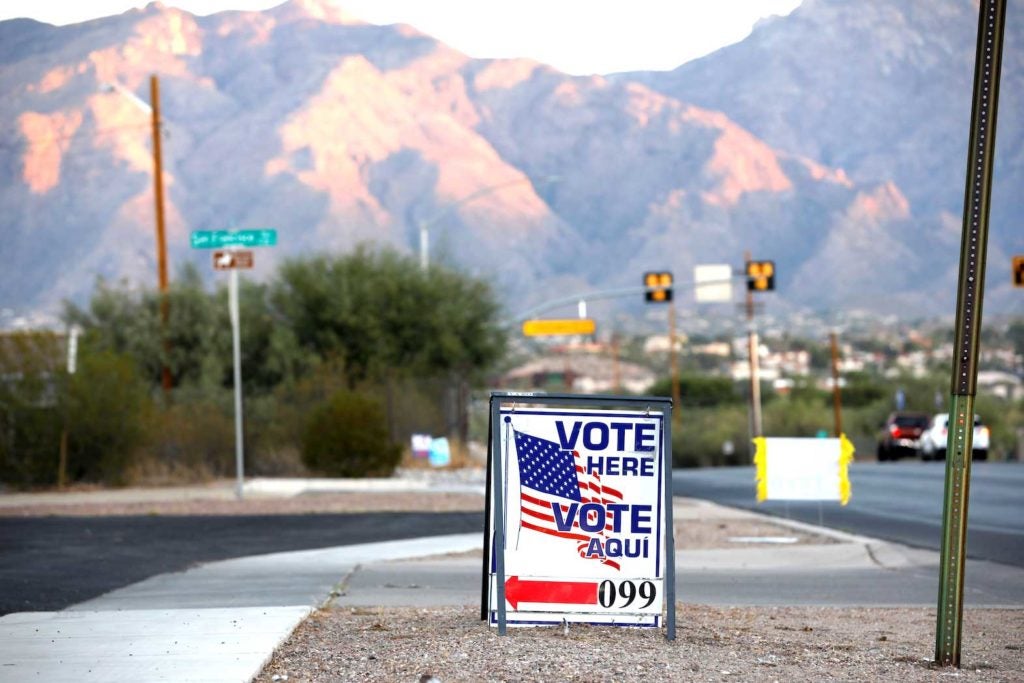 Arizona’s top election official Katie Hobbs said on Wednesday she faced escalating threats of violence over the outcome of the Nov. 3 presidential election, and blamed President Donald Trump for spreading misinformation to undermine trust in the results.

Democrat Joe Biden defeated Trump in Arizona by more than 10,000 votes, according to Edison Research, one of the states he flipped away from Trump to win the White House by securing 306 Electoral College votes to the president’s 232.

Trump has vented his anger on Twitter, making dubious claims of election fraud. While his efforts to contest the results in courts around the country have so far almost entirely failed, opinion polls show his complaints about a “rigged” election have a political benefit, with as many as half of Trump’s fellow Republicans believing them, according to a Reuters/Ipsos poll.

Hobbs, Arizona’s Secretary of State, called the threats directed toward her family and staff “utterly abhorrent,” but said they would not prevent her from doing her job, which includes certifying the state’s election results.

“But there are those, including the president, members of Congress and other elected officials, who are perpetuating misinformation and are encouraging others to distrust the election results in a manner that violates the oath of the office they took,” Hobbs said in a statement.

“It is well past time that they stop. Their words and actions have consequences,” she said.

She did not give details on the types of threats she had received.

Spurred by his false claims of fraud, thousands of Trump’s supporters have joined rallies across the country, including on Saturday in Washington, to protest Biden’s win.

A number of far-right and militia groups such as the Proud Boys and Three Percenters, have joined similar protests in Arizona, some armed with semi-automatic weapons.

Election officials from both parties, around the United States, have said there was no evidence of vote tampering, and a federal review drew the same conclusion. Biden also leads in the national popular vote by more than 5.8 million votes.