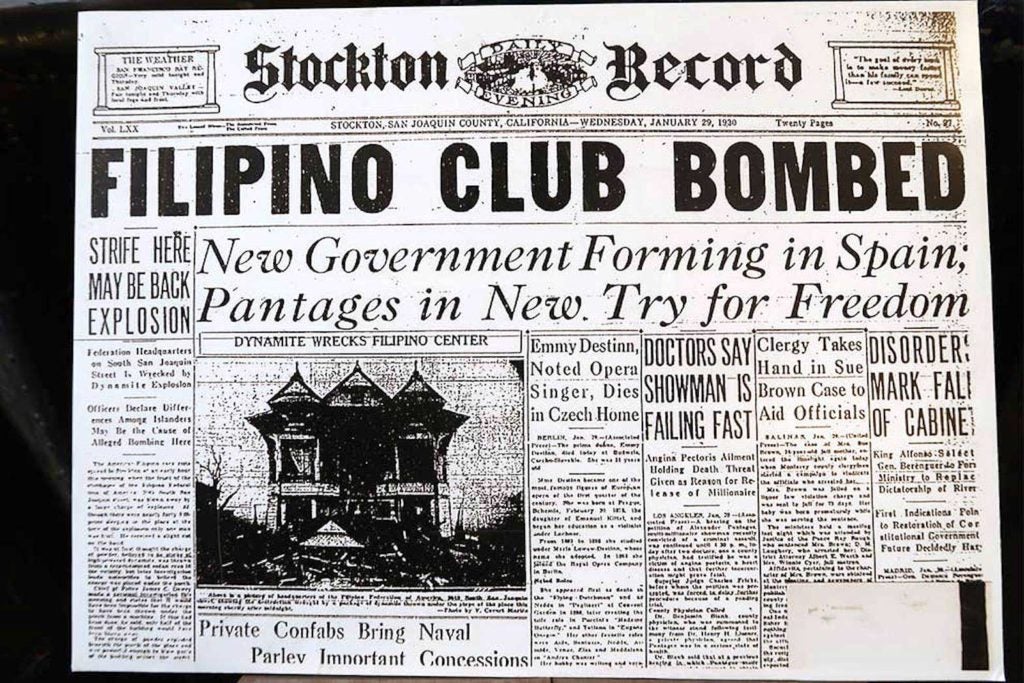 A Filipino community club was bombed during the 1930 anti-Filipino racist riots. FANHS

WATSONVILLE, California – The City of Watsonville officially apologized to the local Filipino community for the 1930 anti-Filipino race riots, in which a Filipino farm worker was shot dead during several days of violence directed at Filipinos by white males.

Ninety years after the riots, the city council on Tuesday, Nov. 10, approved a resolution introduced by Mayor Rebecca J. Garcia, apologizing for the racist attacks on Filipino farm workers, the Pajaronian reported. 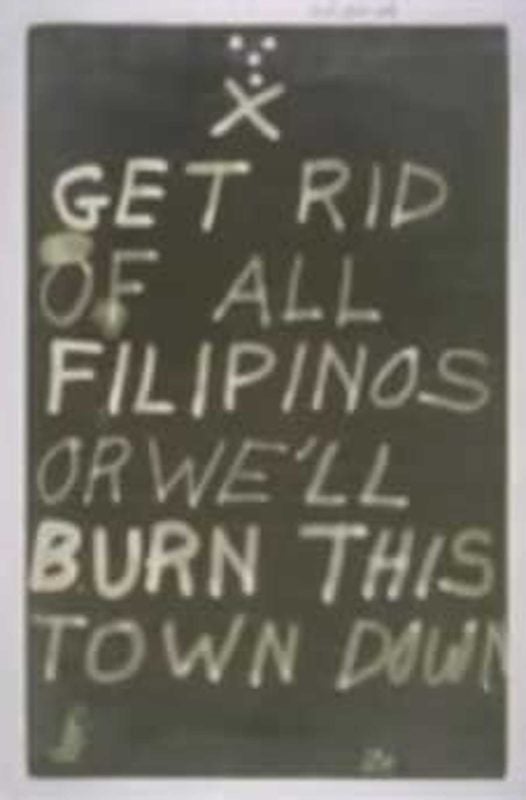 For five days in January of 1930, hundreds of armed white men took to the streets of Watsonville, beating Filipino American workers who they claimed were stealing their jobs and women. On Jan. 20 Fermin Tobera, 22, was shot dead, fueling more violence by white men in parts of California.

Manuel Quintero Bersamin, a former city council member and Watsonville’s first Filipino American former mayor, thanked the council. “There are a lot of old-time Watsonville names here,” he said. “Filipino American names, but also white names, Latino names. It’s a wonderful thing. I want to thank the council for taking this on,” the Pajaronian quoted Bersamin. 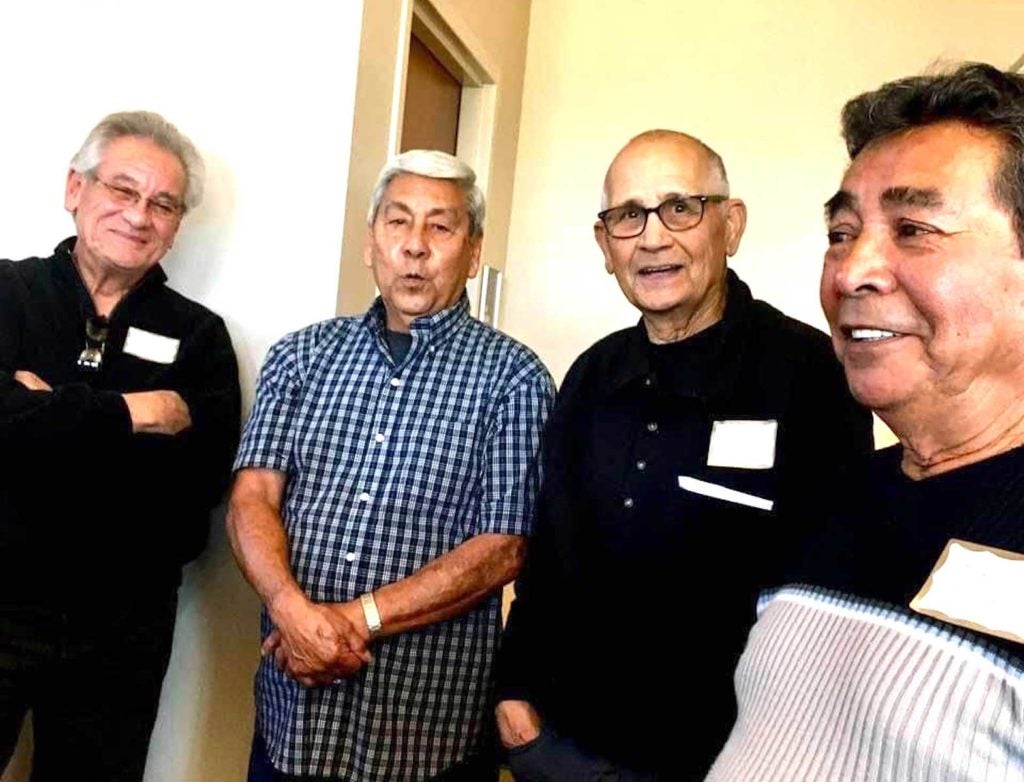 Childhood friends and family gathered at the at the Watsonville Public Library in early February for “Watsonville in the Heart.” From left to right: Bobby Mariano, Phil Rojas, Jerry Balleata and Benny Tumbaga Jr. CONTRIBUTED

Filipino American Roy Recio, of the Tobera Project, a local Filipino history group, stated “[They] came here in the 1920s and ‘30s to work the land… they were brought here as cheap labor,” he said. “They did the jobs that no one else wanted to do… 10 hours a day, hauling irrigation pipes, picking strawberries, making people rich. They sacrificed, they struggled and persevered to bring us here today.”

The project has special exhibition, “Watsonville is in the Heart,” is currently on display at the Watsonville Public Library. 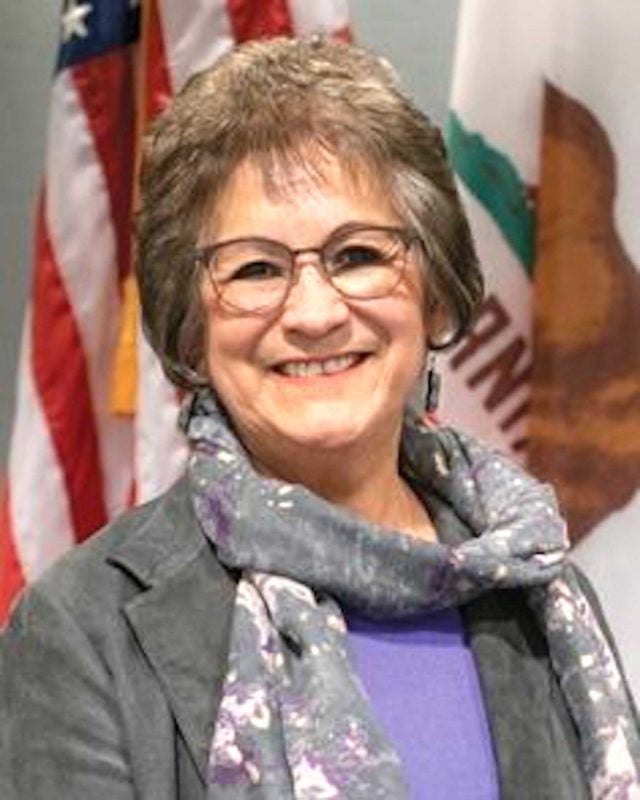 At Tuesday’s meeting, attended by many local residents, Edgar Ibarra Gutierrez urged the council to make sure that future generations were taught about the events. He and other speakers called for a statue in the City Plaza, a mural or a school renamed in honor of a local Filipino figure, or a Filipino student center at the community college’s Watsonville campus, according to the Pajaronian.

California State Assemblymember Rob Bonta, the first Filipino-American State legislator in the history of California, thanked the council for its gesture. “I appreciate your willingness to issue this apology,” Bonta said. “It’s deeply meaningful. It expresses an intention of inclusion and forward-thinking. It’s never the wrong time to do the right thing.”