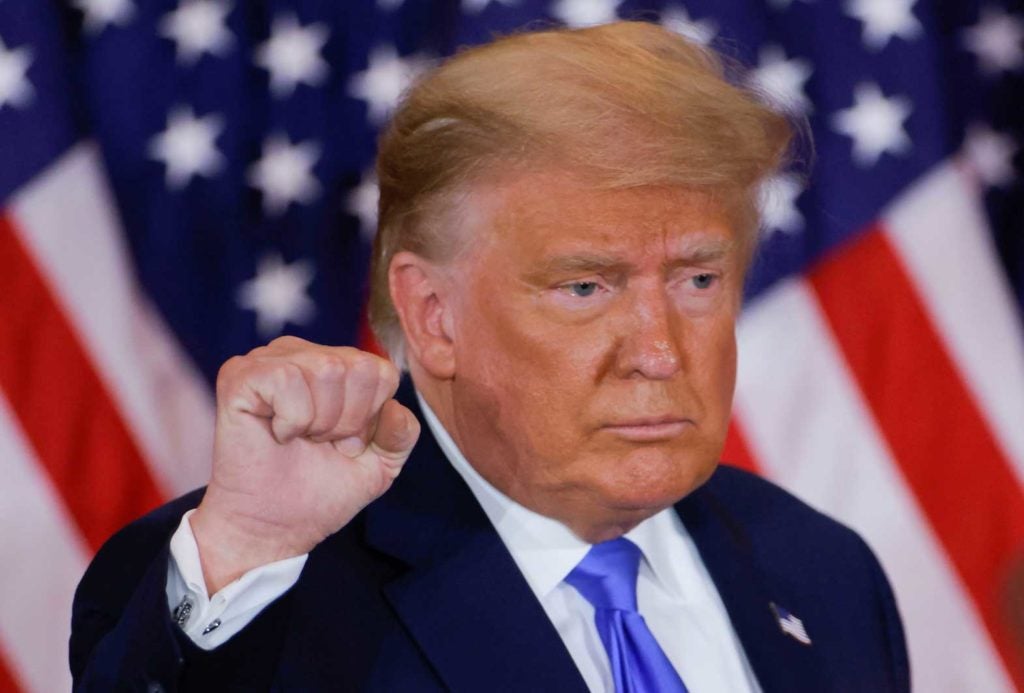 U.S. President Donald Trump raises his fist as he reacts to early results from the 2020 U.S. presidential election in the East Room of the White House in Washington, U.S., November 4, 2020. REUTERS/Carlos Barria

A bipartisan majority of Americans do not accept President Donald Trump’s premature victory declaration in the U.S. presidential election and most are willing to wait for all votes to be counted before deciding who won, according to a Reuters/Ipsos opinion poll released Thursday.

The Nov. 4-5 survey also showed that the public has largely brushed aside Trump’s assessment of the election result as rigged to deny him a second term.

The Republican president trails Democrat Joe Biden in Arizona and Nevada and has seen his leads in Pennsylvania and Georgia shrink by the hour as those states count mail-in ballots. As his path to victory narrowed this week, Trump complained without proof that he is a victim of widespread voter fraud.

Trump asserted that he should be ahead in most of the states that are still counting ballots and prematurely declared victory in a rambling early morning speech that misread vote tallies across the country.

According to the poll, few Americans agree with the president’s view on the race: 16% of U.S. adults, including 7% of Democrats and 30% of Republicans, accept Trump’s victory declaration.

Another 84%, including 93% of Democrats and 70% of Republicans, said that “candidates should not be declaring victory until all of the votes are counted.”

Two-thirds of Americans say they trust their local election officials to do their job honestly, and 83% agreed that “our democracy can withstand waiting until all of the votes are counted to know who won the election.”

The Reuters/Ipsos poll was conducted online, in English, throughout the United States. It gathered opinions from 1,115 U.S. adults, including 524 Democrats and 417 Republicans, and has a credibility interval, a measure of precision, of about 6 percentage points.