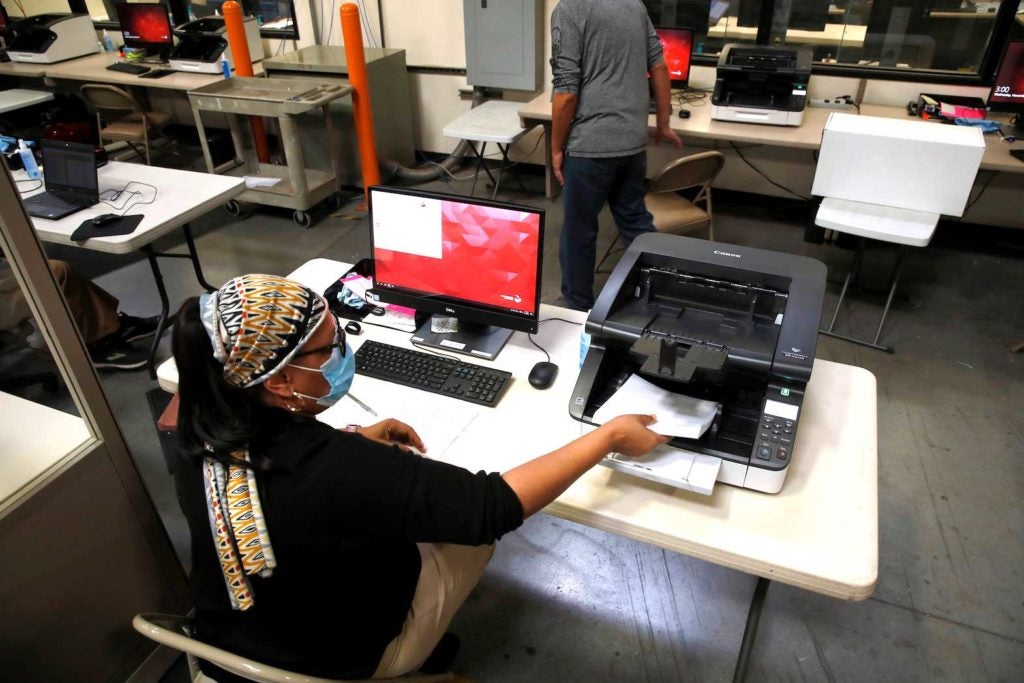 President Donald Trump’s campaign lost court rulings in the closely-contested states of Georgia and Michigan on Thursday, even as it vowed to bring a new lawsuit challenging what it called voting irregularities in Nevada.

In the Georgia case, the campaign alleged 53 late-arriving ballots were mixed with on-time ballots. In Michigan, it had sought to stop votes from being counted and obtain greater access to the tabulation process.

State judges tossed out both the suits on Thursday.

Judge James Bass, a superior court judge in Georgia, said there was “no evidence” that the ballots in question were invalid.

In the Michigan case, Judge Cynthia Stephens said: “I have no basis to find that there is a substantial likelihood of success on the merits.”

Trump allies alleged that there had been voting irregularities in Nevada’s populous Clark County, which includes Las Vegas.

A Trump campaign spokeswoman did not respond to requests for comment on the Michigan and Georgia rulings.

Votes are still being counted in all three states, among a handful of battleground states that could decide the presidency. Democratic challenger Joe Biden has a narrow lead in Nevada, Trump a narrow lead in Georgia, and Biden has been projected to win in Michigan.

At a news conference in Las Vegas on Thursday, former Nevada Attorney General Adam Laxalt and other Trump campaign surrogates, including former administration official Richard Grenell, gave no evidence to support their allegations of irregularities and did not answer questions from reporters.

He said a lawsuit would be filed in federal court to ask the judge to “stop the counting of improper votes.”

Joe Gloria, an election official in Clark County, told reporters there was no evidence of improper ballots being processed.

Bob Bauer, a senior advisor to Biden’s campaign, called the various Trump lawsuits a “meritless” distraction and said the strategy was designed to undermine the integrity of the electoral process.

“This is part of a broader misinformation campaign that involves some political theater,” he said.

“They’re intended to give the Trump campaign the opportunity to argue the vote count should stop. It is not going to stop,” he told reporters on Thursday.

Election legal experts have said Trump’s legal strategy is unlikely to have a decisive impact on the outcome of the election.

Trump has repeatedly said that he expects the U.S. Supreme Court, which has a 6-3 conservative majority including three justices he appointed, to have a key role.

But it is unlikely the court would have the final word in any decisive way and any challenge would have to make its way through the usual court process, legal experts say.

In Pennsylvania, where Trump is narrowly leading but Biden is making gains, the Trump campaign and other Republicans have already filed various legal challenges.

An appeals court in Pennsylvania on Thursday ordered that Trump campaign officials be allowed to more closely observe ballot processing in Philadelphia, which led to a brief delay in the count.

Pennsylvania Democrats on Thursday filed papers in the U.S. Supreme Court saying although they would not oppose the Trump campaign’s bid to intervene in a pending appeal in which Republicans seek to block late-arriving mail-in ballots in the state, it was premature for the court to act on the motion.