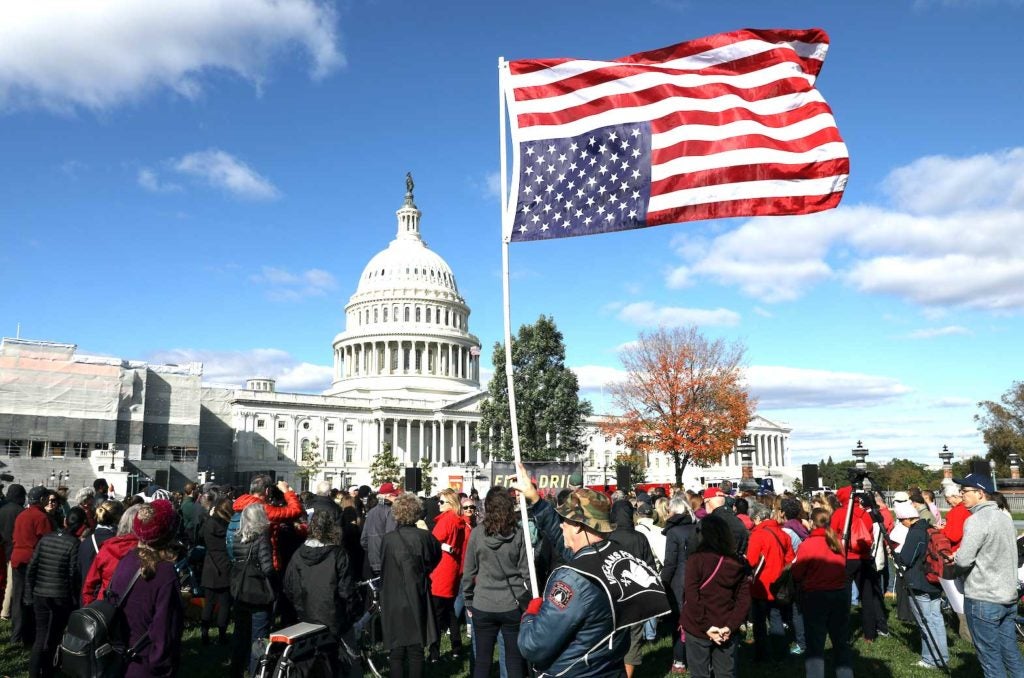 The taxation plan would make fossil fuels more costly while the resulting revenues would be used to promote cleaner, greener alternatives.

“We claim to be the party that cares about the future that our children will inherit, and we need climate policy that reflects that,” said Kiera O’Brien, 21, a senior at Harvard University who co-founded the group.

“We are offering up what we see as the common sense solution and the way forward for the party,” O’Brien told the Thomson Reuters Foundation.

Trump has denounced climate change as a hoax and started the official process to pull the country out of the 2015 Paris Agreement, a global pact aimed at limiting a rise in world temperatures. He also has slashed regulations on oil and gas drillers and coal miners.

Last year, the House of Representatives approved a resolution calling a carbon tax “detrimental” to the economy. Nearly all the House Republicans opposed the tax, which conservatives say would steeply raise household energy costs.

A lack of climate action was a “vulnerability” for the national political party headed by Trump, who is seeking re-election next year, the college Republicans group said.

The group backs a market-based solution, calling for an initial $40-a-ton tax on carbon dioxide, a greenhouse gas, at mines, wells or ports where it is produced. The tax rate would increase over time.

They said their plan was to mobilize young conservatives throughout the country to talk to Republican lawmakers about climate policy.

To help avert such a response, U.S. proponents of a carbon tax have proposed returning the revenues to taxpayers, as is done in Canada.

“The key here is the dividend – back to the people,” former Sen. Trent Lott, a retired Republican from Mississippi who supports the young group, told the Thomson Reuters Foundation.

Bills were introduced this summer in the U.S. Congress aimed at curbing climate change by putting a fee on oil, natural gas and coal and delivering most of the revenues to low- and middle-income Americans.

The balance of the tax revenues would be spent on energy infrastructure, job retraining for fossil fuel workers, research and development.

“It’s not sustainable for Republicans, through the leadership, to say ‘We just don’t want to talk about this,'” Lott said.

Many Republicans have stood with Trump in opposing climate legislation, but some have broken ranks, particularly in swing states where hurricanes and flooding have grown more extreme due to global warming.