Winter of our discontent 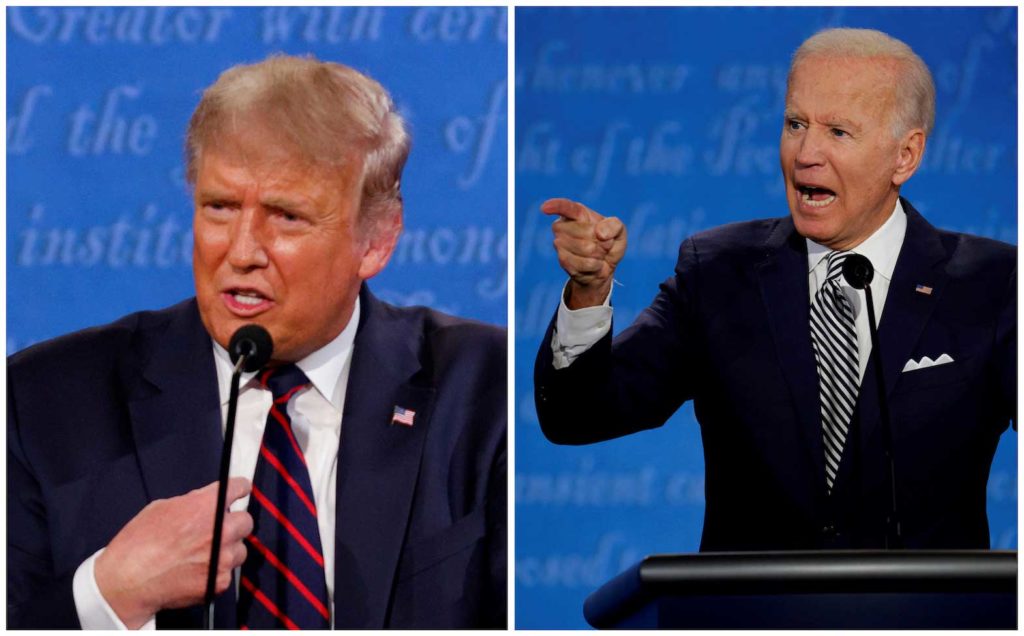 NEW YORK—In the final presidential debate, former vice-president Joe Biden said we would be in for a “dark winter,” due to the continuing surge in COVID-19 infections—now close to 9 million—and virus-related deaths, more than 225,000 as of this writing. And the average daily total of new infections has gone up to more than 69,000. In contrast, the Liar-in-Chief kept insisting that the nation was rounding the turn. Perhaps, but that turn is into the wrong path, right into the arms of the relentless and unforgiving virus, not least because this criminally reckless leader keeps flouting his own administration’s guidelines on how to handle the virus, particularly when it comes to wearing, or not, a mask and social distancing. The White House itself has been the site of a superspreader event.

Given that Trump will be president until January 20 when he steps down—and may the nation’s wish for decency, integrity, and good governance be consummated—and no longer darkens our horizon, that stretch of cold weather will indeed be dark, literally and figuratively, as the previous three winters have been. Biden may have had in mind Shakespeare’s Richard III’s classic line, “Now is the winter of our discontent.” The English monarch is deformed not just physically but morally, and it is the latter deformity that poisons the kingdom.

That rot at the top causes rot throughout society is a theme explored in other plays, in Hamlet, certainly—“Something is rotten in the state of Denmark”—but perhaps most famously  in Sophocles’ Oedipus Rex. A plague has befallen Thebes, over which Oedipus rules. According to the Delphi oracle, the plague will be lifted only when the killer of Thebes’ previous monarch, Laius, is found out and expelled. Due to a bizarre twist of fate, Laius has been murdered unknowingly by his biological son, Oedipus himself. He then marries Queen Jocasta, not realizing that she is his mother.

The rot that permeates this country may not involve regicide or incest, but it is a grave threat to our constitutional democracy, emanating from a head of state at whose moral core is a dark, clammy monstrously selfish ego insatiable in its narcissism. Unlike Oedipus, who was brave enough to blind himself, give up the throne and wander the land, a penitent in search of salvation, no one expects the Donald to suddenly be overcome with remorse, quit in a paroxysm of self-loathing, and leave these shores—though he has said that if he loses his base will no longer see him. Would that he keep his word!

In truth, there is no need to blind himself, as the man is already incapable of seeing. Or if he does see, he can’t and won’t tell the truth. As early as February, in his interviews with the respected veteran journalist Robert  Woodward, the president acknowledged how dangerous the virus is, describing it as “more deadly than your strenuous flus.” Yet, in public, he kept downplaying its virulence, with his constant insistence that it would disappear, and that everything was under control. He peddled quack cures, such as ingesting bleach, disparaged the government’s own health and safety guidelines, implied that mask wearing was a sign of weakness, and held rallies where his gullible minions threw caution—and most likely virus-bearing droplets—to the wind.

The man is genetically predisposed towards falsehoods, a Cassandra in reverse. As of August 27, 2020, The Washington Post had documented  22,247 false or misleading statements coming from Trump. He has been sticking his head in la-la-land even as the virus wends its merry way across the country.

Then there is his laughable claim at the debate that historically he is the least racist president and has done more for African Americans, with the exception of Abraham Lincoln. Make no mistake: Trump is a Ku Klux Klanner sans the robe. His trademark slogan “Make America Great Again” is another way of saying Make America White Again. The evidence is overwhelming. He cast doubt on the legitimacy of Barack Obama’s citizenship; refused to categorically condemn white supremacy; characterized Mexican immigrants as rapists and murderers; described certain African countries as sh••••les; and banned Muslims from visiting the country.

As wildfires rage through the West Coast, and hurricanes devastate the Atlantic coastal states, he denies climate change is real, struts about as though he knows more about science than the experts. Withdrawing the US from the Paris Accord, he favors fossil fuels and appoints guardians of the environment who have a record of environmentally hostile policies.

As for healthcare, as we New Yorkers say, fuhgeddaboudit! He’s been touting his “beautiful healthcare plan” forever but has nothing concrete to offer, yet he and his Republican enablers have systematically attempted to eliminate the Affordable Care Act in the midst of a pandemic—and thus could deprive at least 20 million Americans of health care coverage due to their pre-existing conditions. It’s all smoke and mirrors, and proof that he believes in magical thinking.

Like any bully, he yearns for strongman status, anything, really, for a parade—hence his admiration for authoritarian rulers like Vladimir Putin, Recep Tayyip Erdogan, and Saudi Arabia’s Mohammed bin Salman. Particularly in the case of Putin, the yellow man has shown no backbone with regard to the Russian state’s many transgressions, e.g., the placing of bounties on US soldiers in Afghanistan.

And he behaves like a crime boss, surrounding himself with a cabal of shadowy, ethically challenged figures, a number of whom have been convicted of criminality, among them Paul Manafort, Michael Flynn, Roger Stone, and Michael Cohen. He sees the institution of the presidency as a profit-making machinery, his own enterprise. He puts me in mind of a Filipino politician who once declared, “What are we in power for?” when confronted with his corruption.

One can go on and on about his multitude of crimes and misdemeanors, his misogyny, his refusal to release his tax returns, his cowardice, his obsession with a border wall, his complete lack of empathy, of character.

It’s time to cleanse the White House of the stink and the rot that permeates it, and we can start by evicting this fake president and voting in Joseph Biden and Kamala Harris.  Copyright L.H. Francia 2020