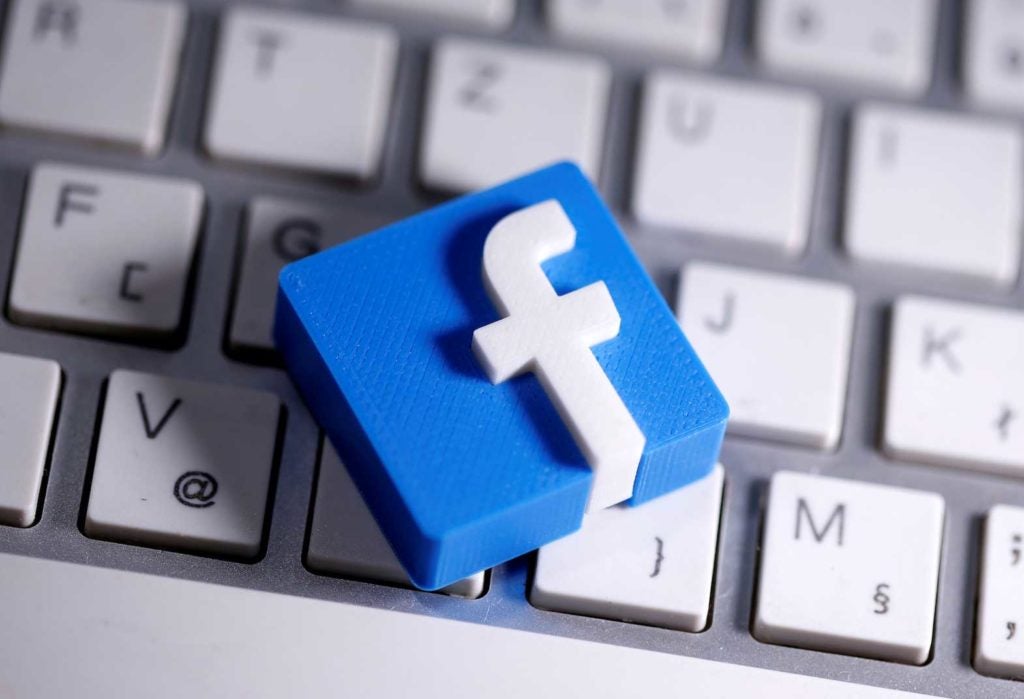 A 3D-printed Facebook logo is seen placed on a keyboard in this illustration taken March 25, 2020. REUTERS/Dado Ruvic/Illustration/File Photo

The first day of Facebook Inc’s effort to stop new political advertising being introduced in the final stretch of U.S. election campaigning was marked by complaints that the planned moratorium was beset by glitches.

A Biden spokesman said an undisclosed number of his campaign’s ads were affected.

The company stopped accepting new political or issue ads on Tuesday. Facebook said it would allow pre-existing ads to run during that period but would block any adjustments to the ads’ content or design.

A Facebook spokeswoman declined to answer Reuters questions, but Facebook’s director of product management Rob Leathern said on Twitter: “We’re investigating the issues of some ads being paused incorrectly, and some advertisers having trouble making changes to their campaigns.”

A message circulated by Facebook to political digital strategists said a “subset of ads may show as paused” and blamed “data lags.”

Republican and Democratic digital strategists complained that the glitches were hurting campaigns at a critical moment.

Eric Frenchman, chief marketing officer at Republican digital firm Campaign Solutions, said that several campaigns he was working with were hit by the pauses.

“Votes are being cast every day,” said Mark Jablonowski, managing partner at DSPolitical, a digital firm that works with Democratic causes. “So anytime that you’re not able to communicate with voters in this crucial window is time lost.”

He said that most of the Facebook ads of his roughly two dozen clients had been paused early this morning. Ryan Morgan, the founder of Democratic digital advertising firm Veracity Media, said he’d heard of problems from several colleagues.

Campaigns rushed to submit any ads they might need for the election period ahead of the moratorium, strategists have told Reuters in recent days.

Facebook Inc said on Tuesday it had rejected a pre-prepared Trump campaign ad that told users to “vote today,” because it did not have “the proper context or clarity” – a violation of its policies.

The Trump campaign did not immediately respond to Reuters questions.