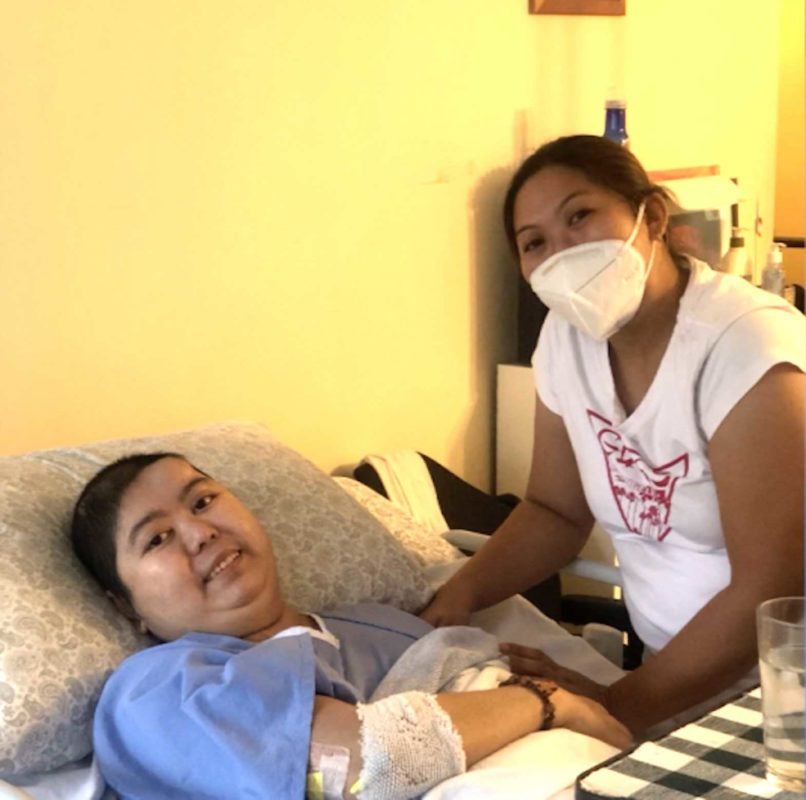 VANCOUVER – After an initial disappointment, April Untalan was finally given permission by Canadian authorities to come from the Philippines and visit her terminally ill sister in Whistler, Canada.

Untalan’s sister, Charie Santiago, 38, has Stage 4 cancer and, in June, was given only months to live. But April’s first application for a visit was denied, because as a sibling she did not meet the federal government’s definition of immediate family and would not be exempt from pandemic travel restrictions, according to BC CTV News. The sisters’ mother was given approval to travel, and arrived in Canada last month to be by Charie’s side.

Charie’s husband, Arthur, publicly pleaded with authorities in Ottawa, the capital, to let his wife see her sister, whom he described as best friends. He first shared their story with CTV News Vancouver on Sept. 8.

On Oct. 2, the federal government announced changes to Canada’s travel restrictions, making allowances for extended family members including siblings, and also for foreign nationals to travel on compassionate grounds.

The changes took effect Oct. 8. April could finally come. She took the the first available direct flight from Manila to Vancouver on Oct. 15 and proceeded to Whistler for the long-awaited reunion. April has special permission to quarantine in her sister’s home where the latter lay in a hospital bed. The sisters embraced and began “chit-chatting.”

The exemption for Charie’s sister was the second of its kind to be granted in Canada, according to Whistler immigration consultant Laurie Cooper, who worked with the Santiago family on this case. Cooper said they’re grateful the government responded to the groundswell of voices calling for changes to allow families opportunities to reunite.

“The whole process has been really, really painful for Arthur, but he also recognizes that by being so open about what they’ve been going through, they’ve helped to make it easier for other families to be reunited. And so even if they hadn’t been able to bring April, Charie’s sister, he says it was worth it to help others.”