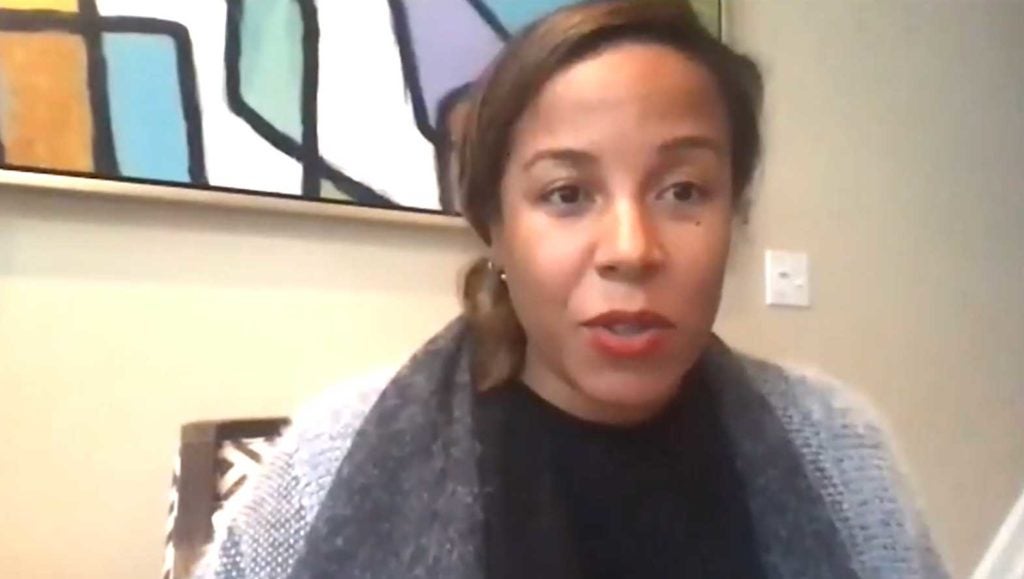 SAN FRANCISCO – Filipino Americans and minority communities who depend on social media for their news fix should pay close attention to what they’re reading and who’s delivering the message before they tap “share” on their devices.

Even more importantly, Filipino Americans and reporters of color should practice critical thinking on the job, because they’re being targeted by “bad actors.”   That’s the message media analysts drilled down at a conference hosted by Ethnic Media Services (EMS) October 16 here.

Don’t be fooled by the bombardment of social media posts that tend to raise eyebrows and drop jaws; if it’s too shocking to be true, it often is.

Vigilance is especially critical these last couple of weeks before the elections as “deliberate media manipulation threatens” to sow widespread confusion with the ultimate goal of “depressing voter enthusiasm and change the course of the election,” EMS director Sandy Close said in her overview to over 80 representatives of member news organizations around the country at the virtual conference.

“As journalists we’ve all dealt with misinformation and disinformation — that’s part of our job,” moderator Pilar Marrero prefaced her opening to discuss what she describes as proliferation “never like we’re seeing today.”

Marrero is among National Conference on Citizenship fellows she said are “knee-deep” in a program exploring the very subject.

In collaboration with EMS, Algorithmic Transparency at National Conference on Citizenship is “looking at how ethnic media are impacted by disinformation often overlooked by the mainstream media,” program director Cameron Hickey said. His presentation, “Understanding and Identifying Problematic Content,” scrutinized social media trends, focusing on the census, the elections and the pandemic.

Why “problematic”? Because such information jeopardizes public “health and well-being” as well as the “future of our democracy,” said Hickey, who was a journalist with PBS News Hour before working on the Information Disorder Lab at the Harvard Kennedy School of Government.

Hickey paralleled viral mis- and disinformation with an epidemic, as extremely “contagious and dangerous” because it is “shared and spread and creates significant problems.”

Risky information comes in various forms and terms that result in misleading the recipient, therefore, heightening the confusion.

“It’s important to recognize that there’s not one hard line between stuff that (makes me think), oh, it’s absolutely false and I can fact-check it, and this is not or is a little ambiguous so I’m not gonna address it,” he alerted reporters.  “It’s a much murkier, grayer area, but anything  that we think is problematic is fair game for analysis, collection and reporting and something that needs to be highlighted, potentially attempted to be remedied.” 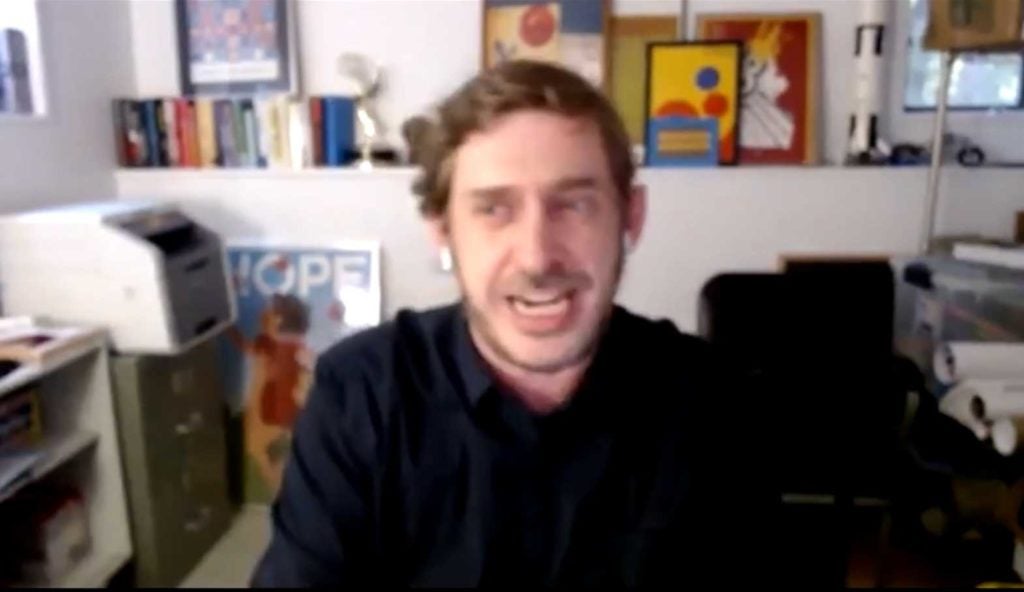 Information does not have to be false to be a problem, he asserted.

He urges journalists and consumers in general to be on the alert for the following  red flags as content that:

* Shakes you up in multiple negative ways — angers and scares you, makes you feel the need to “change your behavior,” manipulates you — “might have underlying information embedded in it”;

* Refers to “deep state” and prominent people like Bill Gates and George Soros, in conspiratorial tones;

*  Is without critical background and context, because someone reading it may accept it as fact even without understanding it;

*  Promotes “false equivalence and faulty logic” that compares situations that are not really comparable, and

* Raises outdated arguments that were accepted in the past but not anymore – such as legitimate content that was accurate then but not today.

Specifically, in reference to the elections, Hickey listed as “concerning” themes that invoke:

* QAnon, which Hickey calls the “most significant and wide-reaching body of problematic content” or mass conspiracy theory;

* Ideological hyperbole such as messaging that refers to the GOP as Nazis and Democrats as communists, which is “crazy and extreme” because it distorts reality;

*Rhetoric about piles of ballots being “destroyed or discarded”‘ and “ballot harvesting” linked to political figures to stoke fear in mail-in voting;

*Allegations about stealing ballots or rigging the election thus “undermining the faith in the institution and laying the groundwork for chaos”;

* Connecting the pandemic to the elections, and

* Tweeting information shared as news when it was sourced from satire.

Spotting outright lies are the easy part, says Hickey, because those are transparent. What’s

perilous is information that may be subliminal or veiled in a statement, such as saying something “may be not definitive” but then continuing to “hypothesize” it, and therefore requires “further vigilance.”

“We all have a role to play in reducing the impact of  problematic content,” Hickey reminded attendees of a “shared responsibility” to be mindful of “your own feed” while engendering diligence in others.

He urged practitioners to turn in problematic content to Junkipedia (junkipedia.org/tips/misinfo) “even if you aren’t sure it’s wrong” to get it monitored.  Above all, he encouraged sharing of “credible information” to “inoculate” consumers against the suspicious messages “instead of just debunking or disputing someone on social media.”

What has become a staple of the today’s media environment, as Close prefaced the discussion co-sponsored by Blue Shield of California, has targeted media of color.

The Black and Latino communities have received the brunt of “problematic” content.

Jacquelyn Mason exhibited images proliferating in Black media in Texas, Georgia and North Carolina that are fanning anxiety and confusion over voting by mail that ultimately may suppress or depress the vote.

Videos of ballot drop boxes being hauled and thrown away in junkyards, or guidelines specific to one state being circulated as if for all states, “get a severe amount of traction on Twitter” with thousands of shares and re-shares, said Mason, a senior investigative researcher at First Draft, a nonprofit coalition formed to “protect communities from harmful misinformation.”

She annotated pictures of long lines of voters in North Carolina as the type that would discourage Black voters who worry about risking their health if they were to wait in line for hours, as another example of an attempt at voter suppression.

Just recently Mason found a “beautiful mosaic” of Democratic vice presidential candidate, US Sen. Kamala Harris fashioned from photos allegedly of Black men she had locked up “beyond their sentence during her term as prosecutor.”  (Harris as District Attorney in San Francisco and then California Attorney General before she was elected Senator).

“Overamplification” of a “grain of truth about” the Democratic presidential candidate Joe Biden’s running mate’s past is worsened by the dubious identities of the men in the photos, and yet the mosaic “got unbelievable shares” as it has been cross-posted on “Twitter, Instagram, Facebook, every platform.”

The Latino communities face formidable adversity by virtue of their cultural, geographic and generational diversity, said Jacobo Licona.  Lack of data and information open Latino groups to exploitation, he added.

Besides foreign interference, Licona cited “messaging platforms like What’sApp, Reddit and 4Chan” as fertile ground for “bad actors” aiming to spread confusion.  Like the Filipino favorite “Viber,” “closed platforms” are more difficult to monitor for problematic content, he averred.

Masterminds of media mayhem create tension and divisions among communities of color, he emphasized.  Their tactics include coordinated sharing to fuel distrust of political parties.  Images are “cherry-picked” from actual activities to  support claims of violence by Black Lives Matter and promote the narrative that Blacks are silent on crimes against Latinos, in an attempt to foment division between the two populations.

What’s taking place on social media deserves close surveillance by the mainstream media where troublesome content has emerged, Mason warned.  From closed-platforms, she said, BLM has been depicted as a violent movement when its stated mission is really one of peace.  And QAnon has become popular because it is perceived as anti-pedophilia, a cause most would embrace.  But “scratch the surface” and “horrible things” in its ideology, including anti-Semitism, surfaces.

Journalists from Korean, Chinese and South Asian American news media concurred that similar tactics have been used by manipulators attempting publication on their news sites.