When will Covid vaccines be generally available in the U.S.? 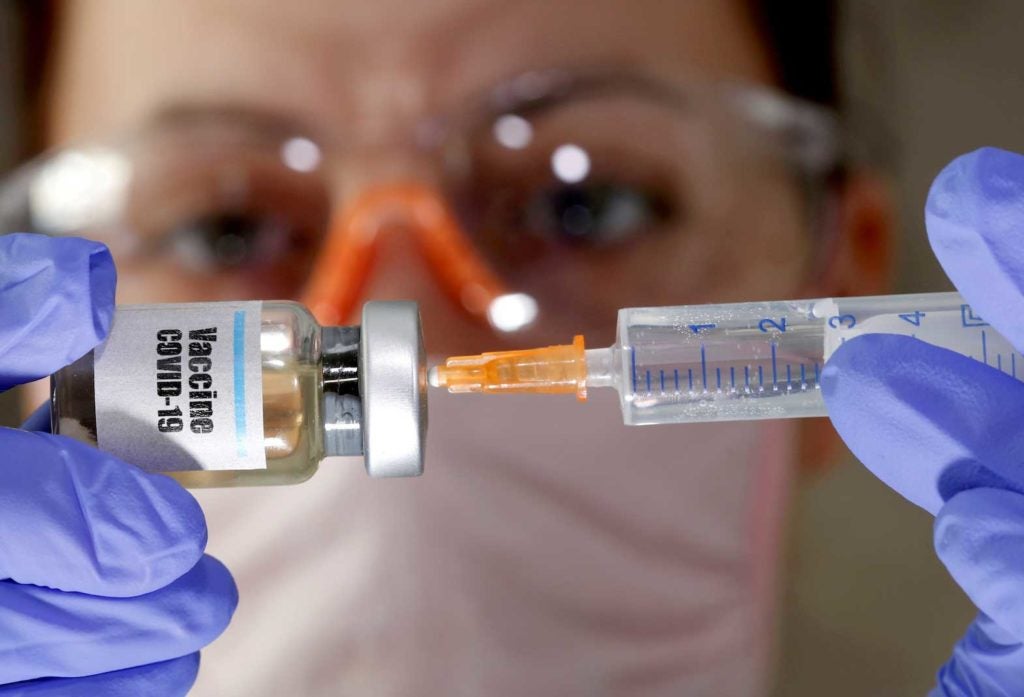 A woman holds a small bottle labeled with a “Vaccine COVID-19” sticker and a medical syringe in this illustration taken April 10, 2020. REUTERS/Dado Ruvic

U.S. President Donald Trump and the head of the Centers for Disease Control and Prevention (CDC) have disagreed about when a COVID-19 vaccine would become widely available. Trump has said enough vaccine would be available for every American by April, while the CDC director said vaccines were likely to reach the general public around mid-2021, an assessment more in line with most experts.

Pfizer Inc <PFE.N> said on Friday it could file for U.S. authorization of the COVID-19 vaccine it is developing with German partner BioNTech <22UAy.F> in late November, suggesting it is possible a vaccine could be available in the United States this year.

WHAT DOES IT MEAN FOR A VACCINE TO BE GENERALLY AVAILABLE?

General availability is when every American who wants the vaccine can get it. There are currently no COVID-19 vaccines approved by U.S. regulators, although a handful are in late-stage trials to prove they are safe and effective.

Experts estimate that at least 70% of roughly 330 million Americans would need to be immune through a vaccine or prior infection to achieve what is known as herd immunity, which occurs when enough people are immune to prevent the spread of the virus to those unable to get a vaccine.

HOW LONG BEFORE VACCINE PRODUCTION IS FULLY RAMPED UP?

The CDC anticipates that up to 700 million doses of vaccine will be available in April of 2021, enough to vaccinate all Americans because most vaccines in development require two doses per person.

It has forecast that 35 million to 45 million doses of vaccines will be available in the United States by the end of this year from the first two companies to receive authorization. The current front-runners are Pfizer and Moderna Inc <MRNA.O>.

Though 35 million to 45 million doses sounds like a lot, obtaining enough doses to inoculate everyone in the United States will likely take until later in 2021. CDC Director Robert Redfield told a congressional hearing in September that most Americans will be vaccinated by July, not April.

Drugmakers have been more ambitious with their calculations. Pfizer and BioNTech SE have said they expect to have 100 million doses available worldwide by the end of 2020, but did not specify how much of that was earmarked for the United States. Moderna has said it is on track to make around 20 million doses by the end of the year and between 500 million and 1 billion doses a year beginning in 2021.

AstraZeneca Plc <AZN.L> has said it could deliver as many as 300 million doses of its experimental vaccine in the United States as early as October but its U.S. trial has been on hold since September.

WHO WOULD GET AN APPROVED VACCINE FIRST?

The CDC has said that if supplies are limited, the earliest inoculations may go to healthcare workers, people at increased risk for severe COVID-19, people aged 65 years and older and essential workers.

It is unclear when a vaccine will be available for children as major drugmakers have yet to include them in late-stage trials. Pfizer and BioNTech have approval from regulators to start recruiting volunteers as young as 12 for vaccine studies.

WHICH COMPANIES WILL LIKELY ROLL OUT A VACCINE QUICKLY?

Pfizer/BioNTech said it may have data as early as October and Moderna says it could have similar evidence in November. The vaccines would first need to be approved or authorized for emergency use by U.S. regulators, and Pfizer says it expects to have the safety data it needs in the third week of November to file with the U.S. Food and Drug Administration.

Drugmakers have already started manufacturing supplies of their vaccine candidates to be ready as soon as they get the go-ahead. The U.S. Department of Defense and the CDC plan to start distribution of vaccines within 24 hours of regulatory authorization.

Several drugmakers including Pfizer, AstraZeneca, Johnson & Johnson <JNJ.N> and Novavax Inc <NVAX.O> have said they expect to produce at least 1 billion doses of their vaccines next year if they get regulatory authorization.

Sanofi SA <SASY.PA> and GlaxoSmithKline Plc <GSK.L> are also working on developing a vaccine they say could be authorized next year.