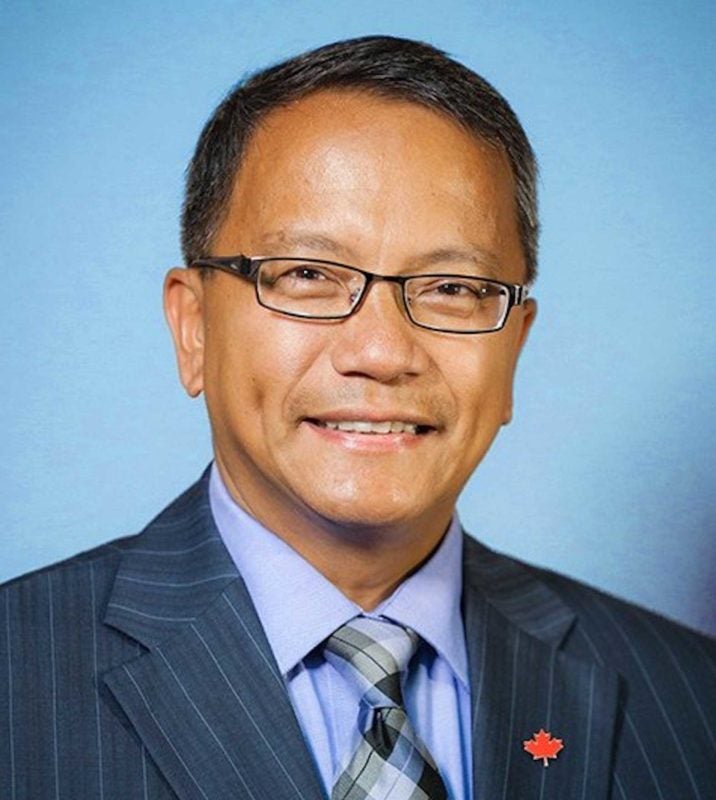 Julius Tiangson will try to get Toronto York for the Conservatives. CONTRIBUTED

TORONTO — Failed Conservative candidate Julius A. Tiangson is making another run for a seat in the federal riding of Toronto York in the by-election on Oct. 26, 2020. He made his first run in the 2015 election in  Mississauga Centre.

The native of Davao and father of 3 is a businessman who has led and founded businesses and non-profit organizations in Canada for the past 30 years, according to his campaign material.

Liberal Dr. Rey Pagtakhan of Winnipeg was the first and only Filipino elected to the Canadian Parliament. He was elected in 1988 and served until 2004.

After Pagtakhan’s retirement, no Filipino has served in the Canadian Parliament until the appointment of Tobias Enverga of Ontario to the Senate in 2012. Tobias sat as a Conservative and died in 2017.

He actively participates in community organizations and politics. His advocacy on behalf of the temporary foreign workers, particularly those who are in the Live-in Caregiver Program of Canada, new immigrants and youth, led him to run as a Member of Parliament for Mississauga Centre in 2015.

Tiangson is a recipient of the Queen Elizabeth II Diamond Jubilee Medal for community involvement. He is married to Bunny Tiangson. They have 3 adult children – Dana Mae, Francis and Nathan.

Another  Filipino political aspirant, lawyer Paul Jonathan Saguil, was not able to get nominated for the Toronto Centre riding vacated by former Finance Bill Morneau who resigned abruptly. Broadcaster Marcia Ien is running for the Liberals and will face the newly-elected leader of the Green Party,Annamie Paul.