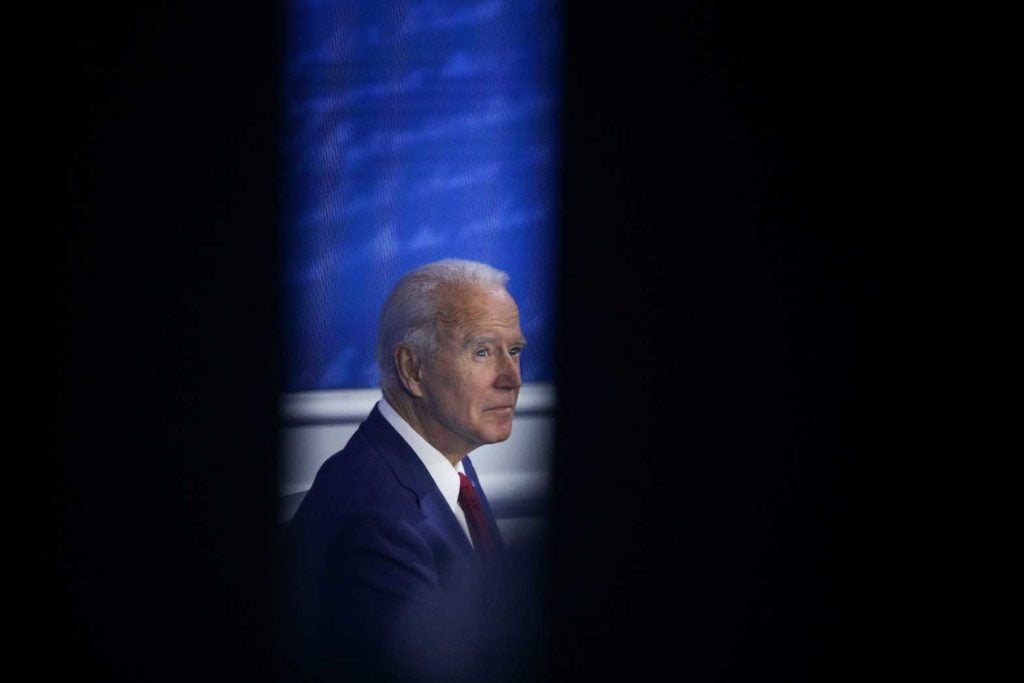 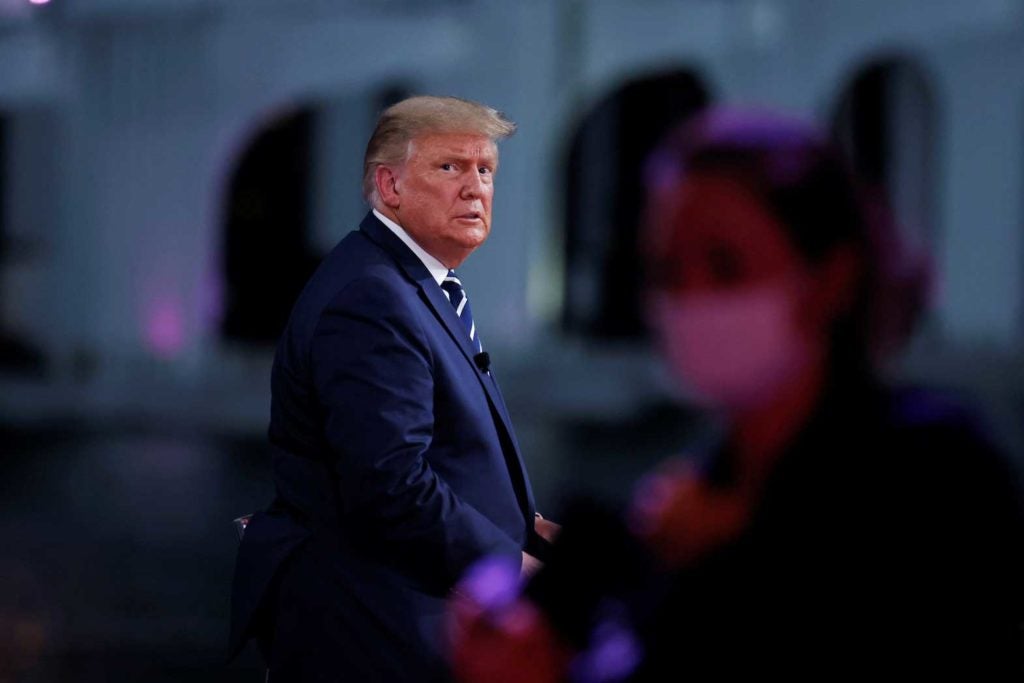 Trump lags in opinion polls and latest figures from his campaign show he is also behind in fundraising in the final weeks before the Nov. 3 election. REUTERS

Trump lags in opinion polls and latest figures from his campaign show he is also behind in fundraising in the final weeks before the Nov. 3 election.

Trump’s campaign and the Republican National Committee raised some $247.8 million in September, his campaign manager said on Twitter, well behind the $383 million haul of Biden and the Democratic Party.

As the candidates return to the trail, a record 21.2 million Americans already have voted, according the U.S. Elections Project at the University of Florida. About 136.6 million people in total voted in the 2016 election.

Thursday night’s split-screen events replaced a presidential debate that was canceled after Trump’s bout with coronavirus.

A combative Trump, sparring with moderator Savannah Guthrie on NBC, refused to condemn the bizarre conspiracy theory QAnon, reiterated his unsubstantiated assertion that the 2020 election was rife with fraud and questioned whether masks help fight the spread of COVID-19.

Biden delivered policy-heavy answers and focused his attacks on Trump’s handling of the pandemic, which has killed 216,000 people in the United States and hammered the economy.

National opinion polls have shown Biden ahead for months and it was unclear whether Trump’s aggressive posture would alter what has been a stable race despite a whirlwind of news.

Trump will travel to Florida and Georgia, two states he could need on the path to victory, while Biden will visit two cities in Michigan, another battleground state.

The second presidential debate had been scheduled for Thursday, but Trump pulled out after organizers said it would be virtual to lessen the risk of infection. The president has returned to headlining campaign rallies, having spent three nights at a military hospital after contracting the virus.

In Thursday’s town hall event in Miami, Trump denounced white supremacists two weeks after failing to do so forcefully at the first presidential debate. But he would not do the same about QAnon, a fringe movement whose adherents believe Democrats are part of a global pedophilia ring.

“I do know they are against pedophilia, they fight it very hard,” Trump said, before saying he knew nothing about the conspiracy theory when pressed by the moderator.

Trump questioned whether masks were effective at stopping the spread of the coronavirus, contradicting the consensus of public health experts, including some in his administration.

In Philadelphia on the ABC network, Biden outlined his plans to battle the pandemic and revive the economy by prioritizing testing, funding local and state governments and dramatically increasing taxes on corporations and the wealthy.

He promised to announce before the election his position on adding justices to the Supreme Court, which some Democrats favor in response to Republicans’ push for quick confirmation of Trump’s latest nominee to the court, Amy Coney Barrett.

Looming over the last seven months of the campaign, the coronavirus dominated both televised events. Trump said again that the country has “rounded the corner,” despite surges in cases in many states.

Biden’s campaign said three people who in recent days had traveled with him or his running mate, U.S. Senator Kamala Harris, had tested positive. Neither candidate had close contact with the infected individuals, the campaign said, but Harris canceled her in-person events through Sunday as a precaution.