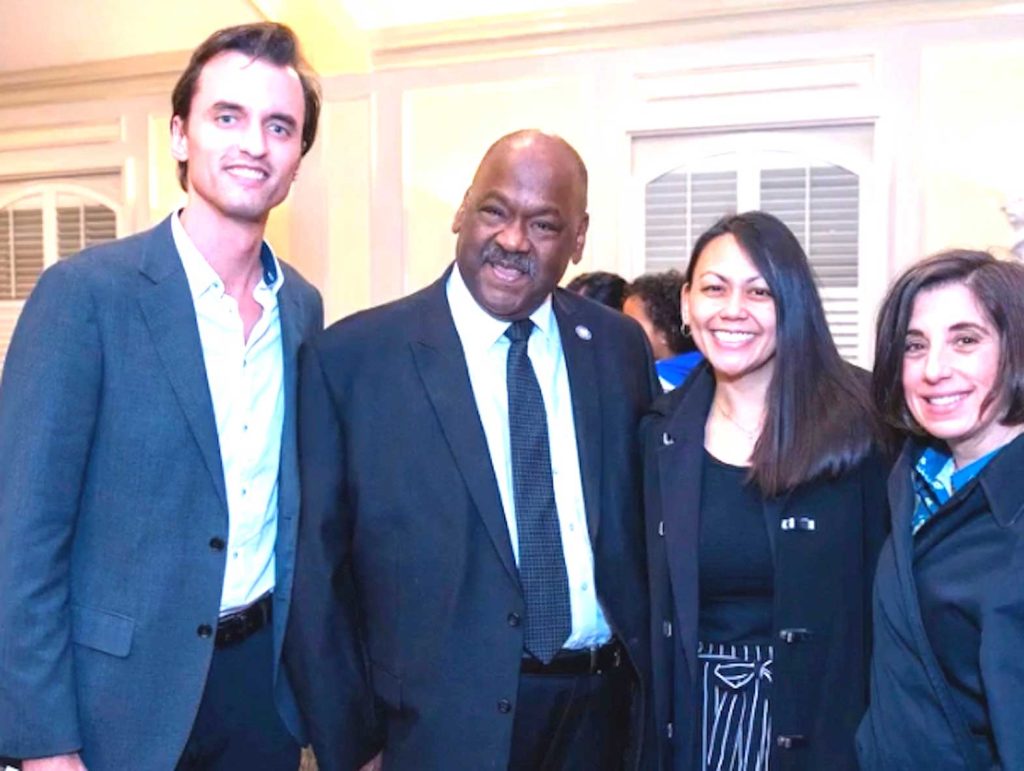 DALY CITY, California — In a recent sweep of sanctuary cities by the Department of Homeland Security and U.S. Immigration and Customs Enforcement from September until the first week of October, agents nabbed a Daly City resident among 125 people throughout the state.

DHS and ICE alleged in a joint statement that those arrested were undocumented immigrants with multiple felonies who now face deportation. The Daly City man allegedly had many DUIs. Acting ICE Director Tony Pham said in the statement that the operation targeted sanctuary cities for “harboring” criminals “where they can potentially re-offend and revictimize.”

The operation drew swift rebuke from this city’s highest official, who immediately affirmed Daly City’s compliance with the California Values Act or SB 54, the 2017 law banning state and local law enforcement agencies from using their resources on behalf of federal immigration enforcement agencies.

“I want to assure our community that Daly City policy explicitly prohibits cooperation with ICE, and our Police Department was not involved with the recent ICE arrests in any way,” Daly City Mayor Glenn Sylvester said in a statement Oct. 9 immediately after the arrest in the Westlake District.  “Our City Council has worked hard to ensure Police Department protocols are clear on this matter.”

While not officially a sanctuary city, Daly City in July 2019 strengthened its stance with a resolution vowing to respect the rights of all residents regardless of immigration status.

“Over half of our residents are foreign-born, and we celebrate our diversity. It is alarming to see federal agencies carry out arrests in this manner, as part of an effort to stoke fear especially ahead of the presidential election,” says Sylvester, one of 4 Filipino Americans among the 5 City Council members.

A retired sergeant with San Francisco Police Department,  Sylvester has faced his share of crises and adversity which, he says, groomed him for his current role as mayor.

His successful first campaign for elected office in 2016 thrust him to the head of the City Council, which voted him mayor within hours after he swore in as Council Member that same night.  That experience should have given him an inkling about getting ready for what lay ahead before his next round on the ballot.

However, not even the Brooklyn, New York-born son of Linda Acosta, originally from Pangasinan, northern Philippines, and Wilbert Sylvester of Brooklyn, could have imagined the impending world crisis.

Late last year, Sylvester, then-vice mayor, had heard of a potential outbreak in China.  Immediately, the husband-father-and-grandfather assumed protector mode, adjusting his activities to absorb developments in the oncoming calamity, “determining who was the most vulnerable.”

Voted by his fellow Council members as mayor again for this year, Sylvester kickstarted his term to “accomplish my previous campaign promises.”

He cited an increase in city staffing and retention of police and fire personnel among his major achievements in the past four years, which he attributed to “finding additional funds to augment our budget for less impact.”  He notes that affordable and senior housing have risen where the median value of owner-occupied homes is over $700,000 in 2019, according to the U.S. Census.

The city’s move initiated last year to boost access to information on resources through technology gave the mayor timely platform to reach residents directly about Covid-19, how to avoid infection and get assistance for food, medication and other basic necessities.

For many months, his would be the face of security and voice of reason in his weekly virtual updates when contradictory information about local and state guidelines and coronavirus itself threatened the stability of communities everywhere. 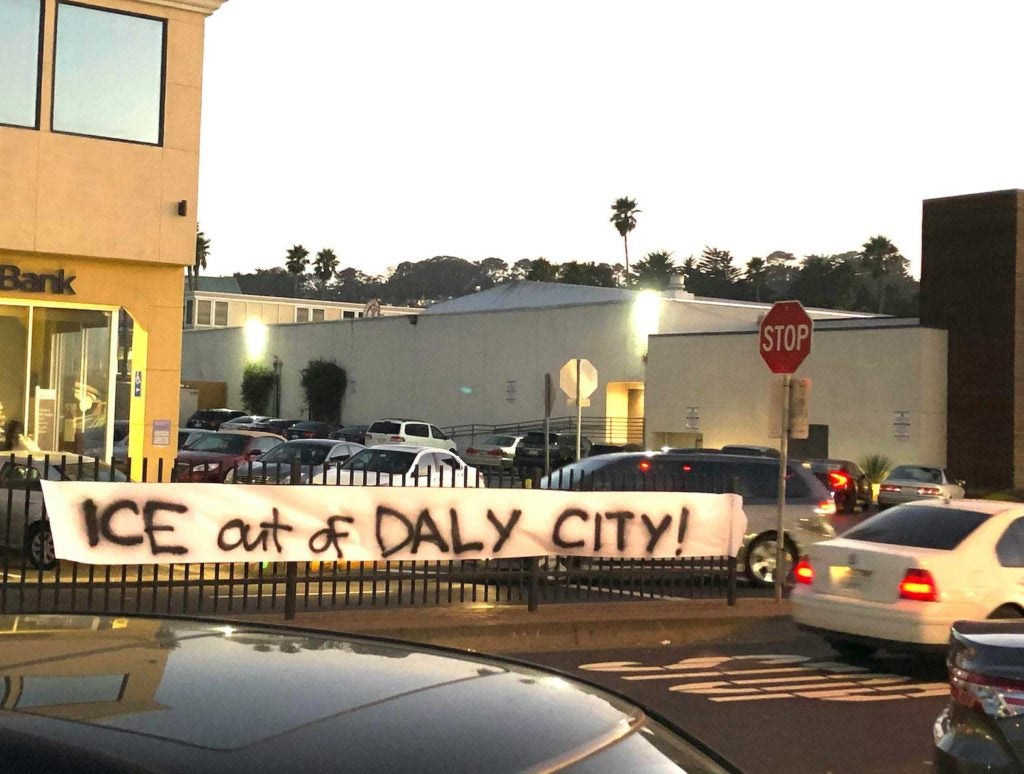 There’s no secret to his composure in an upheaval: “Full and complete transparency to the public,” he says,

“I do not know all the answers, but I surround myself with those who do,” he asserts.  “If I was not in a position of influence, how would I feel in the shoes of others who are not (if I did not know whom and what to ask)?”

Foremost of the “vulnerable” sectors on his mind are older adults, 23% of whom make up the nearly 107,000 residents who account for the largest city in San Mateo County.

In June, he led a multisectoral task force of City employees and private citizens to review and propose projects aimed at earning World Health Organization certification as an “Age-Friendly Community.”  Cities awarded such distinction are those whose leaders commit to highlighting eight “domains,” such as housing and transportation, to address the health and engagement of its older population.

The Daly City Task Force acknowledged the various programs already in place for its older residents and  chose to prioritize the domain of communication to raise community awareness of the existence of said programs.  The city instituted check-in calls, a pen-pal program, food distribution and delivery, while suspending in-person events and services at the popular Doelger Senior Center for safety.

Daly City’s population is dominated by Asians who constitute around 57%, Hispanics 24%, non-Hispanic whites 13% and Blacks 3%.

The City Council often invokes its “welcoming city” policy.  Racial injustice has not been raised as an urgent issue locally, and there have been few or no reported incidents of race-based hostilities besetting residents.

The city’s most prominent and authoritative resident who is a Black Fil-Am says he gives “wholehearted support” to the Black Lives Matter movement.

“I have lived through systemic racism all my life and continue to do so today and not necessarily or specifically by Caucasians but through other races. I have a long history of examples from the past and more recent today,” he shares with Inquirer.net.

Perhaps his 36 years of service as a police officer frames his statement that he “will not tolerate the rioting, looting and violence towards others” often conflated with but rejected by many Black leaders as a consequence of BLM activities.  His position on the battle cry arising from the deaths of unarmed Black people in police custody: “The narrative is clear  — all lives matter.”

“Perseverance and the deep passion for others” are the biggest qualities the 66-year-old says he has inherited from his Philippine side.   “Filipinos have deep-rooted respect for elders and now that I am considered an elder, I have witnessed such and understand it more.   Once a Filipino gets to know you, they will give the shirts off their backs at their own plight to insure you are well. This is a trait and quality I try to emulate always.” 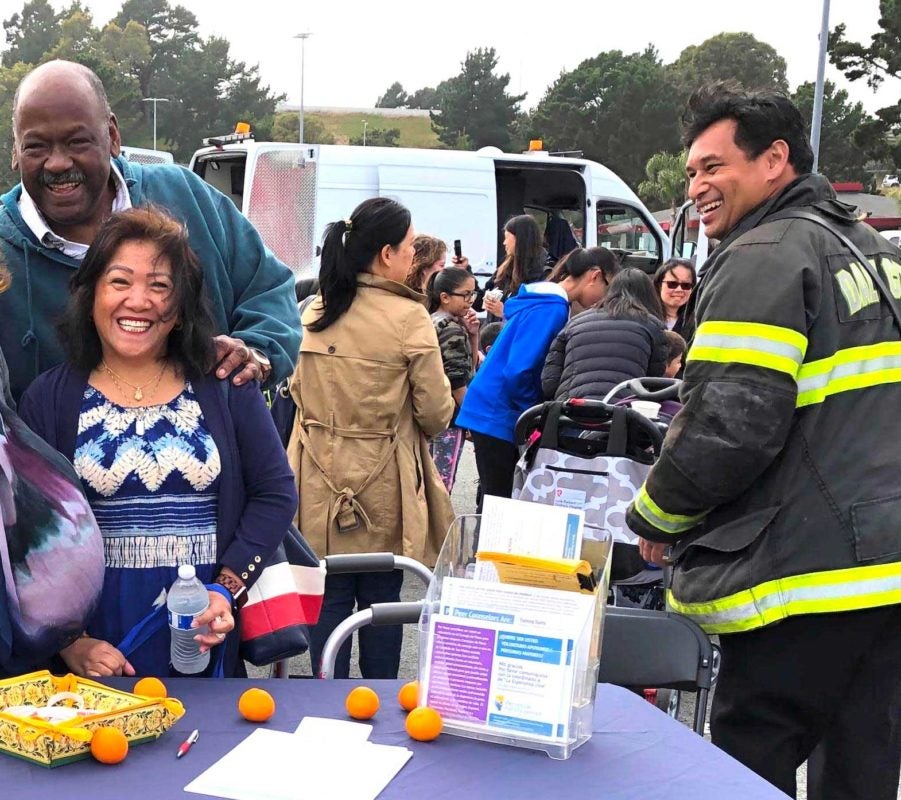 Sylvester and his wife, Nida, also a Fil-Am, are parents to Jason, an emergency dispatcher; Kimberly, a DNA criminalist; Krystalyn, a software engineer, and Jonathan, a police officer wearing his dad’s star.  They have 6 grandchildren.

In case anyone forgets who Glenn Sylvester is, giant posters and yard signs remind voters who is on the ballot on Nov. 3.

Four years ago, he and his fellow candidate Juslyn Manalo, the current vice mayor, stood in the fog on notoriously damp and blustery Skyline Boulevard connecting the county of San Mateo to San Francisco, flashing their widest smiles and waving signs to identify themselves to voters in their first campaign. This time around the two are counting on their accomplishments and high visibility to earn them a second term.

“It is imperative that we continue to work together,” Sylvester tells voters in his candidate statement.  “My top priorities remain the same” on top of “insuring equality and fairness for everyone.”

More than ever he believes he deserves to keep his seat on 333 90th Avenue to complete projects stalled by the pandemic.

“I wish so much that I would have gotten involved at a much earlier age. There is so much to be done to make this world a better place.   This is my advice to the younger generation:  Help build your community now and for the future.”