The Filipino American National Historical Society’s (FANHS) theme for this year’s Fil-Am History Month (October) is “The History of Fil-Am Activism.” The theme highlights the myriad ways Fil-Ams have participated in social justice movements such as the efforts of the United Farm Workers and anti-martial law groups, across the states, across multiple decades.

For lovers of theater and history, the book Barangay to Broadway: Filipino American Theater History by Walter Ang provides an engaging look at how different Fil-Am theater makers and groups have constantly been a part or product of activism. 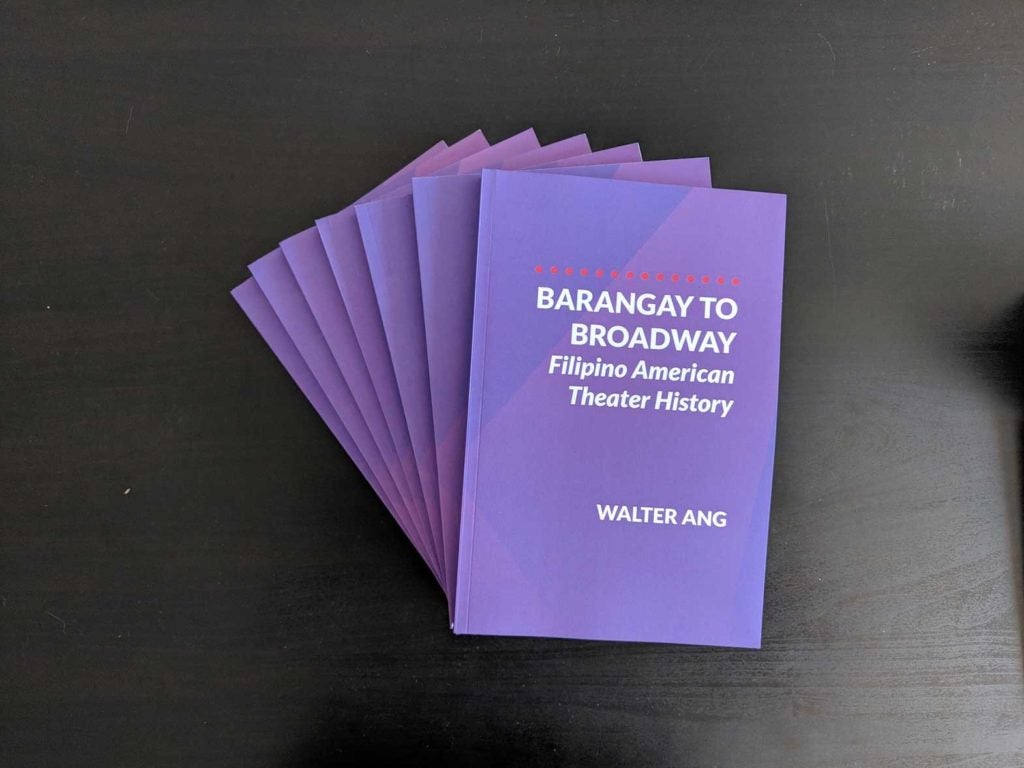 Groups such as Ating Tao in San Francisco in the late 1960s coalesced from the nascent Asian American identity that emerged from the Civil Rights movement; Sining Bayan in Berkeley, California was created in the 1970s as the cultural arm of activist group Union of Democratic Filipinos (Katipunan ng mga Demokraritong Pilipino – KDP); while Circa-Pintig in Chicago was formed in the 1980s as an offshoot of anti-martial law activist group Philippine Forum.

Several acclaimed actors who have worked across the country and internationally, such as Jose Llana (“The King and I”), ended up living in the U.S. due to their parents leaving the Philippines because of martial law.

The book includes interviews with key Fil-Am theater makers who have founded companies or blazed trails in their respective disciplines such as directing, playwriting or designing, such as actress Mia Katigbak, who cofounded National Asian American Theater Company, and set designer Loy Arcenas, whose court case against plagiarism of his work set a precedent for theater set designs to be copyrightable.

It also lists plays and musicals that prove Fil-Ams have always been actively creating American history, such as works about Larry Itliong, who spearheaded the Delano Grape Strike along with Mexican farmworkers Dolores Huerta and Cesar Chavez, among others.