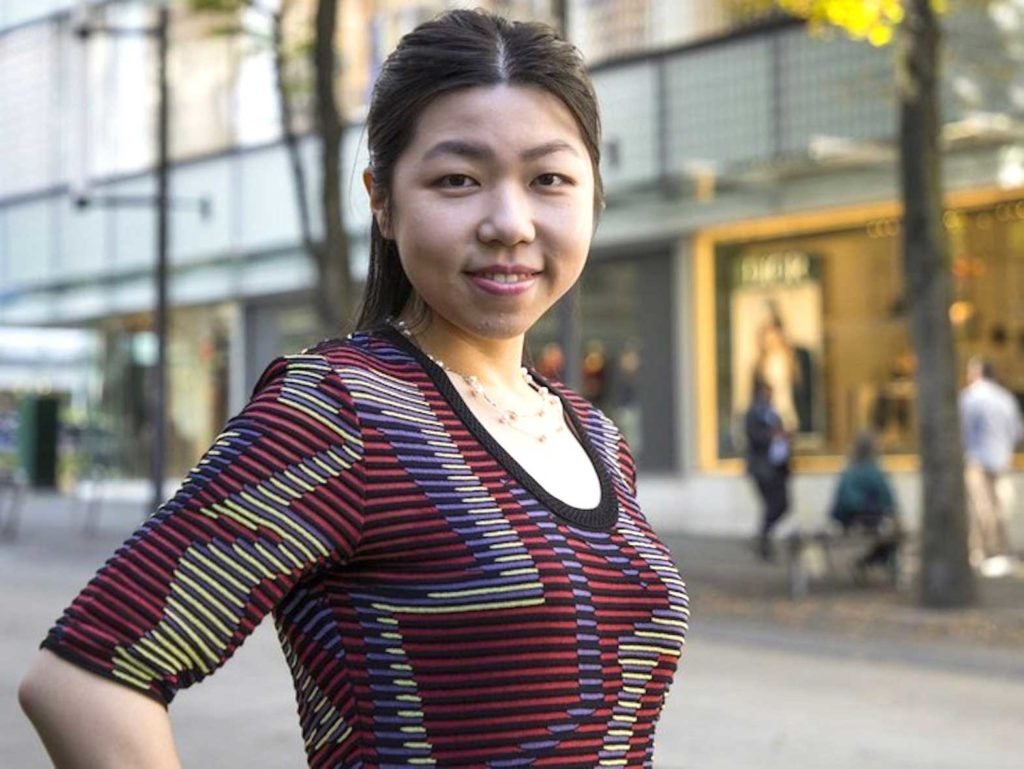 Hermanie Chiong, 23, may be the youngest lawyer ever called to the bar in B.C. She is currently articling with Kazlaw Personal Injury Lawyers. FRANCIS GEORGIAN /PNG

VANCOUVER, B.C. — At 23, Hermanie Chiong may be the youngest lawyer ever called to the bar in British Columbia.

Chiong, who was the youngest in her B.C. bar exam qualification course, will be called to the bar on Oct. 5, The Province reports.

Chiong’s impressive resume includes a scholarship from England’s Oxford University, where she got her law degree, and the Governor General’s Academic Medal for graduating as the top high school student in Canada, as well as perfect scores in both of the mandatory provincial exams.

Chiong grew up in Richmond, B.C. and remembers fighting for justice as a kid, even when it got her in trouble.

“I always wanted to make things fair and right, and as a kid I got in trouble for speaking up in defense of others. I remember another one of my classmates wanted to hit another child and I grabbed her hand to stop her. It looked like we were fighting, so I got in trouble,” Chiong told The Province.

“I had the impulse to intervene and it’s the same impulse and motivation I have today helping others.”

Chiong went to McRoberts Secondary in Richmond, and then directly into the jurisprudence program at Oxford.

She was awarded the Governor General’s Academic  Medal in 2015 for achieving the highest average for her grade 11 and 12 courses.

“I decided to study abroad — the main reason was to broaden my horizons. Exposure to other cultures, the good, the bad and the ugly is important. It helped me figure out how I wanted to contribute to society.”

Although she describes Oxford’s tutorial-style teaching system, in which she had to grapple with matters of jurisprudence in one-on-one sessions with experts, as “daunting” she admits that “it was also the best learning experience.”

At Oxford, Chiong discovered she was deeply interested in the people, and tort law.

“The meaning of tort is ‘a wrong’ and tort law is about making things right for victims by putting them back where they were if the accident had not happened. Anyone can be injured and everyone deserves fair compensation.”

Chiong says she gets a sense of purpose knowing she is helping people who might not otherwise get what they deserve.

The hours a lawyer logs are long, and when a trial is upcoming, working weekends is part of the deal. But Chiong said justice brings its own rewards.

“What gives most of us the greatest sense of achievement is having justice rendered, and in common law every decision has a ripple effect that can benefit many including people you never meet.”

For young people who might be considering what to do with their futures, Chiong says the most important thing is to have an open mind.