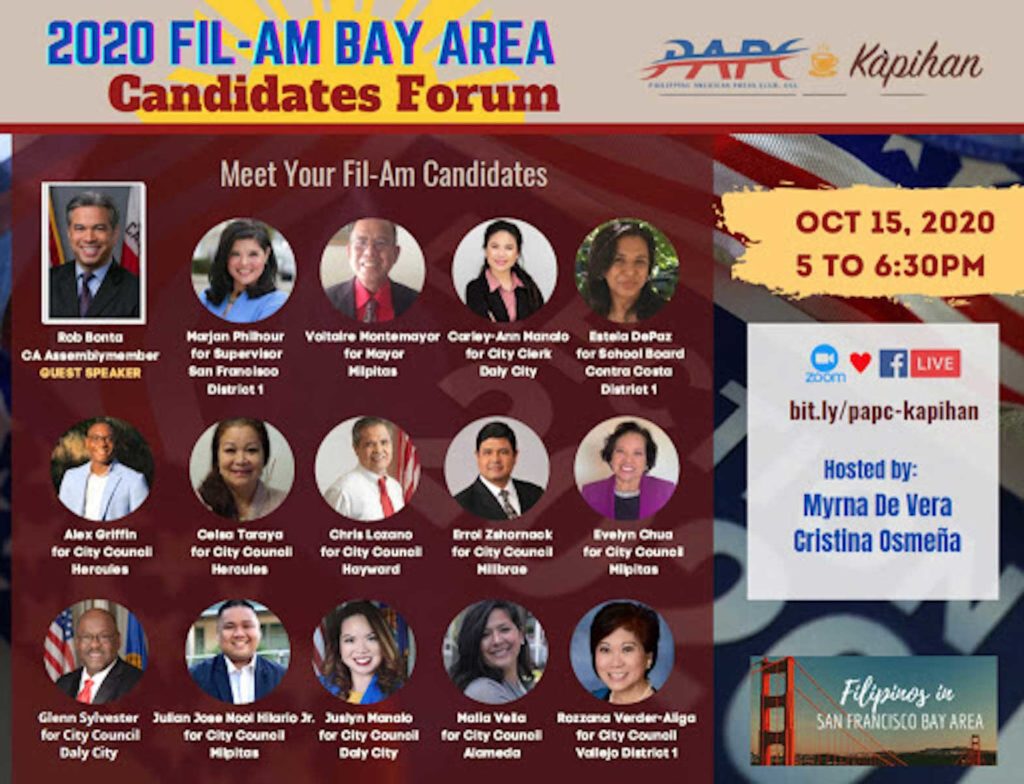 Assemblyman Rob Bonta, elected to the California Assembly in 2012, is the first Filipino American state legislator in California’s 170-year history. He serves in the 18th District of the California State Assembly representing Alameda, Oakland and San Leandro. He is in the ballot in the general election uncontested.

According to the 2017 American Community Survey of the Census Bureau, there are an estimated 500,000 Filipinos in the Bay, which represents 12% of the 4 million Filipinos in the United States and 30% of the Filipino residents in the State of California. Filipino Americans compose the largest Asian American sub-group in California. However, Filipinos in the past have been described as “invisible residents.” Hopefully, this year, that will be a thing of the past. The community needs to be more visible not only in California but nationwide.

Deadline for registration is October 9, 2020. Register to vote or check your status at https://covr.sos.ca.gov/