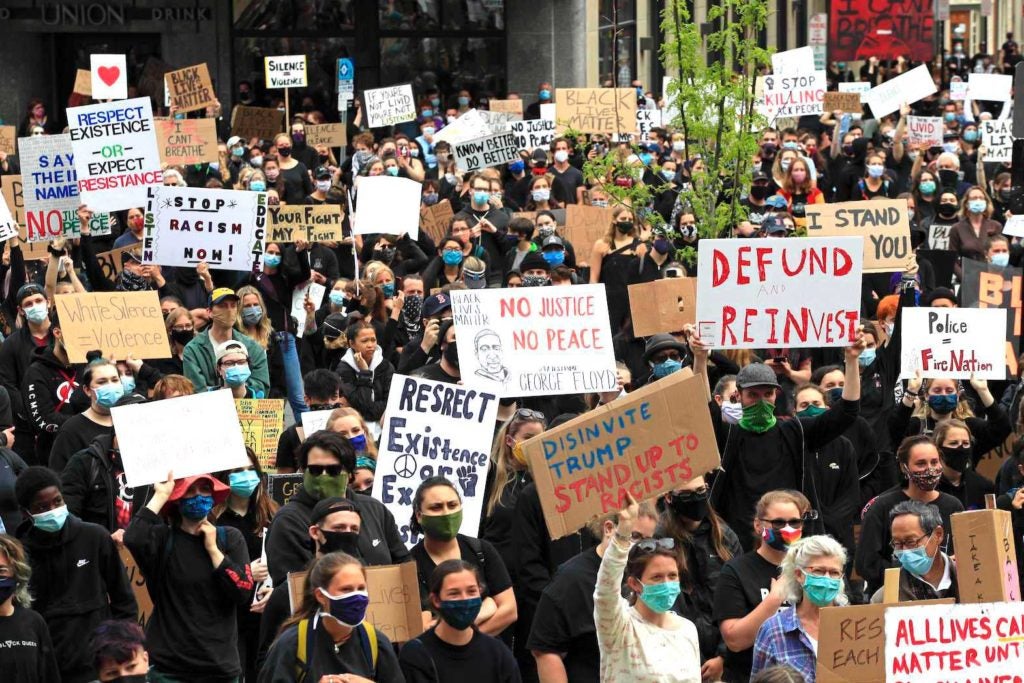 Donald Trump as president is already the source of extreme American anxiety. There’s COVID and his lack of action; the thought that an incompetent president can swing the Supreme Court with a third conservative judge pick; and then there’s the simple matter of his inability to promise a peaceful transition of power—the prospect of Trump being an unwelcome overstay for which there is no ICE.

But now comes this bombshell over the weekend from the New York Times about Trump’s taxes. Here’s one nugget: Donald Trump paid $156, 824 dollars in taxes to the Philippines in 2017. That’s roughly P7.8 million in pesos by my rough estimates.

Great for the Philippines. Trump couldn’t outwit Malacanang.  But the United States was so much easier to dodge.

According to the  massive New York Times investigation,  Trump paid just $750 in taxes to the U.S in 2017. That’s after paying another $750 in 2016. And then paying no income taxes at all in ten of the previous 15 years. All that culled from tax records going back to 1994.

The apparent reason is that Trump businesses lost so much money, Trump was claiming millions in losses resulting in little to no tax payments to the U.S. government.

Trump called a hastily news conference to call the Times report  “fake news.” But it’s more like he’s the “Fake Billionaire.” The tax records sourced from unnamed people who were entitled to have the documents reveals Trump’s biggest lie to date.

Trump—the man who told Americans to vote for him because he could run America like a business– is actually a failed businessperson whose greatest business accomplishment is not paying his fair share in U.S. taxes.

Trump likes to say he uses the existing laws, but to get down to zero takes more than a little creative accounting. He’s either a con, a bad businessman, or both.

This is a man who is our president, but for how much longer? The report indicates he needs us more than we need him, as Trump continues to line his pockets, attracting business  to his properties while president. That itself is unethical and presents legal problems.

At least now we know what subject  will dominate in Tuesday’s debate.

Existential worries are gripping America: Covid; SCOTUS; a Trump overstay; and the anxiety of living under a president who just doesn’t care about anything other than his own preservation of power. Trump’s way is to employ  the arithmetic of the autocrat, mastered by the likes of Ferdinand Marcos. (Did you celebrate Sept. 21, 1972?)

Trump’s getting good at it. He just asks “What can we do that  benefits me most?” All others be damned.

We are now at the point where Trump can’t even pledge to the nation a peaceful transition of power. And why should he, if he has no intention of leaving because he will do what he can to assure victory.

Now doesn’t that just sound like Marcos. Or like Saddam Hussein (although Saddam was a real military man, not just a master of bad feet and draft dodging).

Somehow we should all see what’s wrong with the inability to commit to a peaceful transition. To not do so is clearly  the mentality of a dictator. That’s why Trump saying he’d “get rid of ballots” is like throwing the Constitution into a fire pit.

It does give Trump an appalling distinction. No U.S. president has ever been so emboldened as to suggest he was above our democracy. Richard Nixon? No, Nixon was smart enough to know when to get out.

Trump? He’s his own brand of visa  overstay. We may need a presidential form of ICE to get him out.

Just look at his record. He was impeached and he survived. We’ve demanded to see his tax return, and he’s shielded it from us.  He’s been implicated or caught in scandal after scandal, from the “Access Hollywood” tape, to the women who have accused him of all sorts of sexual misconduct.  His survival shouldn’t be seen as a plus. But it’s this kind of resilience amid the confluence of existential events that could bring our democracy to the brink.

And we’re not even talking about the more than 200,000 dead from COVID with no national testing plan (to which Trump gave  himself an A-Plus).

We haven’t even mentioned Trump’s replacement for Judge Ruth Bader Ginsburg, Amy Coney Barrett. She may please some Catholic Filipinos for her pro-life stand on abortion, but she replaces our leading protective shield from Trump, our stop-gap Ginsburg. If Barrett’s rushed through, it  means hang on to your hats for rollbacks of anything progressive that benefitted people of color. Or women. 1940’s here we come.

You just can’t use the word “existential” enough. Everything that happens threatens to impact us for a generation at least. That’s not even debatable.

Bit of good news on census

But Trump hasn’t changed all the courts yet. And it is the source of one bit of good news: the stopping of the rush job Census 2020 deadlines which would have assured an inaccurate count.

Talk about our existential crisis.  I am not counted therefore I don’t exist. But now, thanks to Judge Lucy Koh of the U.S. District Court for the Northern District in California, you may have more time to get counted in the 2020 Census, if you haven’t done so already.

On Friday, Judge Koh issued a preliminary injunction that bars the Trump administration from accelerating the Census deadlines.

The order prevents the Census count from ending early on Sept. 30 and allow data collection to continue until Oct. 31. The court also stopped the Census Bureau from delivering apportionment data on Dec. 31.

Given the pandemic, natural disasters like the California wildfires, and a Census workforce that was just 38 percent of what it had been in years past, accelerating the Census deadlines made no sense at all.

The fear of an undercount was just too real. The court’s opinion cites Associate Field Director for field operations Timothy Olson, who said this in an email thread on July 27 of this year:

“We need to sound the alarm to the realities of the ground—people are afraid to work for us and it is reflected in the number of enumerators working in the (Area Census Offices). And this means it is ludicrous to think we can complete 100 percent of the nation’s data collection earlier than 10/31 and any thinking person who would believe we can deliver apportionment by 12/31 has either a mental deficiency or a political motivation.”

If I were on that thread, I would say both, considering how the Trump administration has been casting doubt and dissension about the Census at every turn. There never seemed to be a desire to get a true count of the population of the New America, with its more diverse hues that would make a white supremacist cry.

From the citizenship question, which spread fear in immigrant communities, to the Trump memo expressing a desire to not have “illegal aliens” participate, the administration has done all it could to make sure the Census would be anything but smooth, let alone accurate.

I started hearing about it from field offices around the final push in the field count in August.

The number of Asian Americans is somewhere north of 23 million in the U.S., according to the latest Census numbers.

But when the official 2020 Census results are unveiled, will all of us be counted? If you haven’t done so yet, go to my2020census.gov right now. Get counted now. Or else.

Asian Americans, we have an existential crisis. We could be the most undercounted group in the 2020 Census. Census insiders weren’t counting on an extension and were already resigned to an imperfect count.

Now we have a little more time. Get counted. “I’m not getting counted, Emil. I’m undocumented,” you say. Yes. I know. The citizenship question debate did not help. Enumerators were telling me that people in their homes really believed the Census was an arm of Donald Trump’s ICE.

Forget that. Earlier, the Supreme Court affirmed there will be no citizenship question. The Census isn’t out to deport to you.

It was just another monkey wrench thrown in by the Trump administration to create even more distrust and division.

Rest assured, the count has nothing to do with citizenship. It’s not about having papers. It’s just about who is living in this country—for whatever reason—for at least six months out of the year.

It’s all about counting the people of the U.S., not citizens. All the people. We the people. (Just like it says in the Constitution.) You’re one of them. Now get counted.

Even the Philippine Consul General Henry Bensurto, Jr., recently reached out to the broad Filipino American community—especially his Filipino nationals working at the consulate. “It’s not about the brown (Philippine) passport or the blue (U.S.) passport,” Bensurto said.

If you’re living in the U.S. the majority of the year, get counted. Money is at stake. Resources. Funds for your community and region. Funds for your particular ethnic group. And, of course, the Census is the basis for drawing new political districts.

If you’re in Philadelphia and don’t mark “FILIPINO” if you’re Filipino, then no one will know there are any Flips in Philly.

They’ll only know if you mark it down. And if you don’t, you’ll fall through a crack bigger than the one on the Liberty Bell.

Every ten years, the Census is done. Over time, the form has become easier to fill out. It takes less than five minutes to fill it out online. I had it sitting on my pile of unopened mail for weeks. I even had two enumerators knock on my door.

Finally, I stopped playing hard to get and just filled it out online. Another set of Guillermos present and accounted for. Now how about the rest of you?

The hard to find Asians and Filipinos

Census insiders tell me the problem isn’t a procrastinator like me who has filled out the form and participated in the Census for decades. They know where I am in the data trove of 350 million Americans somewhere.

The question is what about the new people since 2010. For Asian Americans that means the Nepalese, the Burmese, and other fast-growing groups in our national community. Where are they?

Covid makes it even harder to find certain people. Many have been forced to move because of Covid economic distress. Some people move in with family. The multigenerational households. Or they move in with friends in unconventional housing situations where there are people of mixed status.

Some documented. Some undocumented. Add in the fear factor, and people remain uncounted.

That’s why some I talked to at the Census Bureau worry that Asian Americans will be the most undercounted group.

Sign up in the final days. Time’s running out. Don’t fear the Census. Fear what will happen to our community if you don’t fill out that form.

It’s easier than voting. And the administration thought it was easier to muck up. But then Judge Koh stepped in and saved the day to make sure the Census had a shot to be as accurate as possible. The government will likely appeal this ruling, creating more confusion. And wouldn’t that be just like 2020.

But for now, there’s time. The census matters because you do. Don’t be invisible. Be counted.

Emil Guillermo is a journalist and commentator. He writes a column for the North American Bureau of the Inquirer.net. Follow on Twitter @emilamok. Listen to his podcasts on www.amok.com