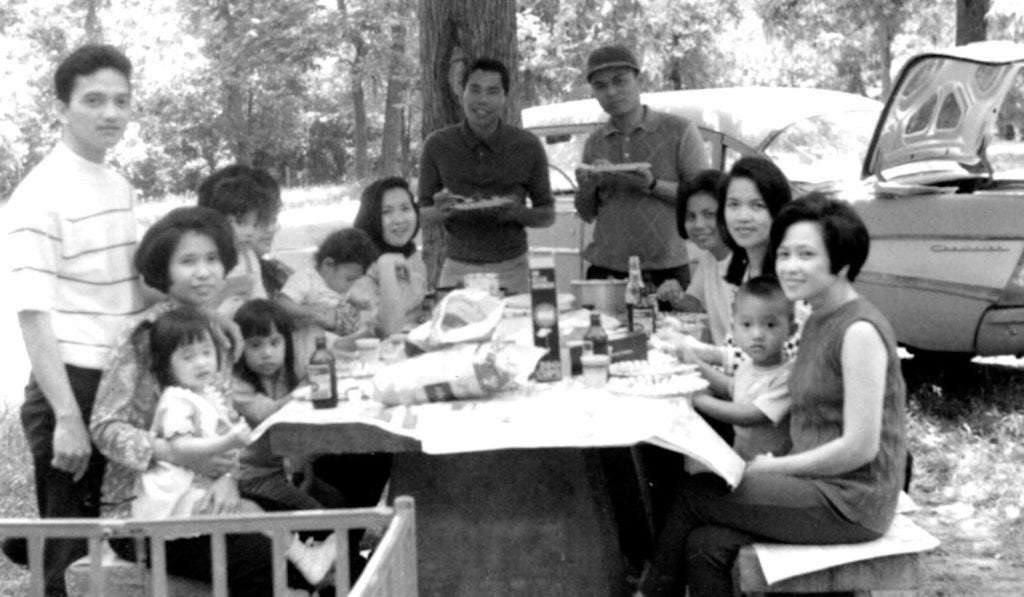 The vast majority of Fil-Ams can trace their US entry back to family-based immigration. FAHNS

Family is central in Filipino culture, and family is also how most Filipinos become Fil-Ams. As a former colony of the US, with echoes of America in the structure of our government or the language used in education, many Filipinos dream of visiting or migrating to the US. Family plays a key role in making Filipinos’ American dreams come true.

Intro to US immigration

US immigration can be divided into three categories — humanitarian, business, and family-based immigration.

While humanitarian immigration is often in the news, it is rare for Filipinos to come that way, which traditionally has been for people fleeing their home countries because of persecution, war, or disaster. The Philippines being a stable nation that is not very belligerent and has weathered many natural calamities, it is difficult to prove that one has a well-founded fear based on race, religion, nationality, political opinion or membership in a particular social group — the latter typically being part of a successful claim for asylum.

The most prominent asylum matter before the US Board of Immigration Appeals is a 1997 case where a rich Tsinoy, who presented proof that his brother and sister were kidnapped for ransom, was denied asylum in the US because fear of kidnapping, while serious, did not equal persecution.

More Filipinos come through employer-sponsored or business immigration, but not many. Just a handful of Filipinos take advantage of longstanding treaties between the Philippines and the US that allow for Filipinos to come to the US as investors, or as executives or specialized employees of multinational companies. Athletes, actors, or people in other specialized professions have visa categories meant for them.

A few thousand Filipinos come to the US as international students every year, many of whom no doubt hope to eventually find employers to sponsor them for working visas after graduation. Other Filipinos come under the catch-all J-1 category, which encompasses anything from au pairs to teachers to hotel and restaurant management interns to nurses or medical residents.

The vast majority of Fil-Ams, though, can trace their US entry back to family-based immigration. US citizens are allowed to petition for their spouses, children, parents, siblings, and fiances to come here, while permanent residents holding green cards can file for their spouses and unmarried children. Historically, family reunification has been a key principle of immigration and nationality law. Legally, naturalized US citizens have had all the rights and responsibilities of natural-born citizens, and all the same Constitutional rights, except for the ability to become President or Vice-President.

Of course, any Filipino interested in immigrating to the US has no doubt encountered the issue of priority dates. Unless the person sponsoring you is a US citizen, and you are the spouse, minor child, or parent, it’s not as simple as just filing some forms and queueing for a few hours for a 30-second interview at the US Embassy in Manila.

Under US immigration law, any country can only get a maximum of 25,620 family-sponsored immigrant visas each fiscal year, or up to 7% of the 226,000 total allotted worldwide. Given our proclivity for big families that remain close no matter the distance, there is a huge backlog of Filipinos with approved family-based petitions just waiting for immigrant visas to become available.

While the rest of the world may have to wait years to be reunited with the American sides of their family, Filipinos wait decades to reunite with their Fil-Am kin. In recent years, family-based immigration has been misleadingly nicknamed “chain migration” by some, but any Fil-Am family can tell you that it takes 20-30 years for each link of the “chain” to appear. In many cases, the wait is so long that children age out into adulthood and either face longer waits or lose their eligibility. Sadly, it is also quite common that the US citizen sponsor dies in the meantime, extinguishing the petition before the family could reunite.

The pandemic has wrought havoc not just on the Fil-Am nurse population, but the entire immigration system. A pair of executive orders issued earlier this year suspended almost all immigration from outside the US, except for spouses and minor children of US citizens under the pretext of responding to Covid19. While the US border was never closed to citizens, green card holders, students, or tourists from the Philippines, all the other paths mentioned above are currently blocked until at least 2021, except for treaty traders or investors.

The US Embassy in Manila canceled appointments for months, and has only recently reopened on a limited basis. On this side of the world, the Philippine consulates have also been mostly closed due to the pandemic, affecting many Filipinos on J-1 visas that often need documents from the Philippine government to maintain or change their status, including Filipino teachers teaching in many rural or underserved areas in the US. The Philippines itself has also severely limited flights, shutting many Filipinos in and many Fil-Ams out.

Hovering over all this is the impending 2020 election. While many of us understandably focus on the Presidency, it is Congress, not the President, that makes the laws, including immigration law. Immigration reform tends to only come every few decades. Most of the above Fil-Am immigration was only made possible in the 1960s, when the Immigration and Nationality Act of 1965 lifted the 100 Filipinos a year quota imposed after the Philippines gained independence from the US in 1946.

Since then, the only major immigration reform came from the Immigration and Reform Control Act of 1986, during the Ronald Reagan administration. IRCA provided amnesty for what one side of the aisle calls undocumented immigrants and the other dubs illegal aliens. At least some Filipino TNTs (who typically come by plane as tourists then overstay) took advantage of this one-time opportunity to legalize their status by paying a fine. IRCA also put the basic structure of the current immigration enforcement regime in place. Since then, employers have been required to check immigration status or face civil or criminal penalties.

Being part of many Fil-Am civic organizations, I often see Pinoys sporting caps or shirts that say FBI. Most of these titos I see are typically not agents of the Federal Bureau of Investigation. They are just proud of their full-blooded Ilocano heritage. Because of Marcos’ special relationship with America, there’s plenty of FBIs among the Fil-Am population. But no matter how we like our longganisa, whether Vigan, de recado, skinless, or vegan, all Fil-Ams should care about family-based immigration, because it’s the sinangag that completes the Fil-Am community.

Jath Shao is a lawyer with offices in New York, Chicago, Cleveland, and Bonifacio Global City. He represents Fil-Ams and other immigrants in courts and cases across the nation.