Rich Americans got richer despite pandemic 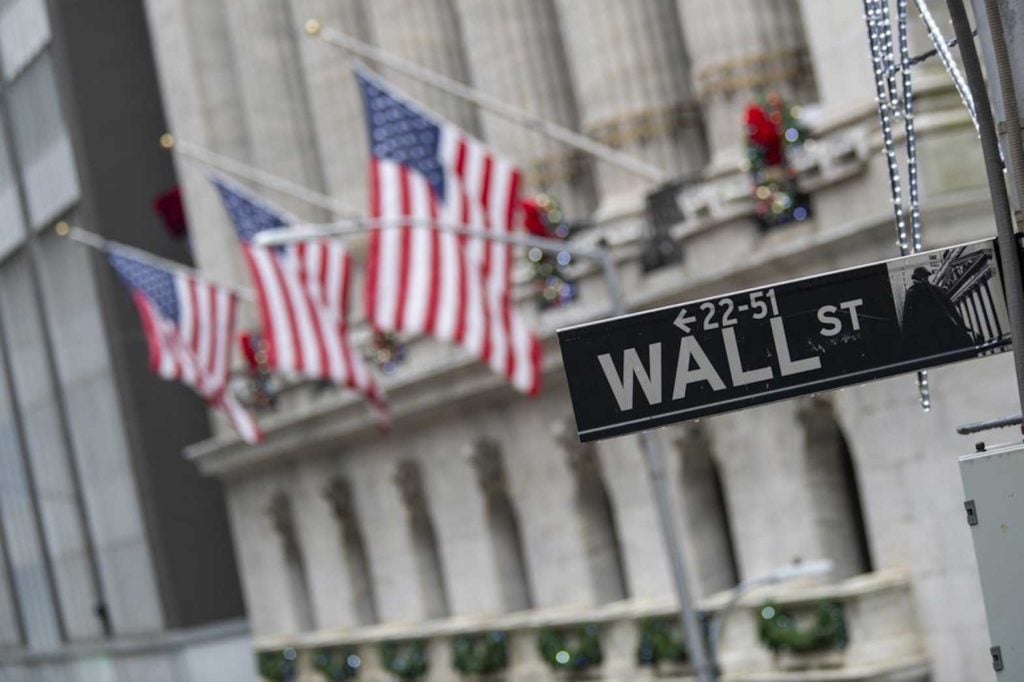 In this Jan. 3, 2020 file photo, the Wall St. street sign is framed by American flags flying outside the New York Stock Exchange in New York. Stocks are falling early on Wall Street Thursday, Sept. 17, as the late selling from the previous day carries over. (AP Photo/Mary Altaffer, File)

WASHINGTON — Americans’ household wealth rebounded last quarter to a record high as the stock market quickly recovered from a pandemic-induced plunge in March. Yet the gains flowed mainly to the most affluent households even as tens of millions of people endured job losses and shrunken incomes.

The Federal Reserve said Monday that American households’ net worth jumped nearly 7% in the April-June quarter to $119 trillion. That figure had sunk to $111.3 trillion in the first quarter, when the coronavirus battered the economy and sent stock prices tumbling.

Since then, the S&P 500 stock index has regained its record high before losing some ground this month. It was up 2.8% for this year as of Friday. The tech-heavy Nasdaq has soared more than 20% this year.

The full recovery of wealth even while the economy has regained only about half the jobs lost to the pandemic recession underscores what many economists see as America’s widening economic inequality. Data compiled by Opportunity Insights, a research group, show that the highest-paying one-third of jobs have almost fully recovered from the recession, while the lowest-paying one-third of jobs remain 16% below pre-pandemic levels.

The wealth data “highlights the inequalities in the recovery in the sense that high-income workers not only have jobs that for the most part have come back; they also have savings that have continued to grow,” said John Friedman, an economist at Brown University who is co-director of Opportunity Insights.

The richest one-tenth of Americans owned more than two-thirds of the nation’s wealth, according to Fed data through the end of March, the latest period for which figures are available. The top 1% owned 31%.

The small financial cushion for most households could force many consumers to cut back on spending in the coming months, now that government financial aid such as enhanced unemployment benefits has expired. Any significant such cutback in spending would, in turn, weaken the economy.

Household wealth reflects the value of Americans’ homes, plus bank accounts, stocks, bonds and other assets minus mortgage debt, auto loans, credit card debt and other borrowing. (The figures are not adjusted for inflation.)

Americans also sharply increased their savings last quarter, likely reflecting a cutback in spending by wealthier consumers nervous about the virus’s threat to the economy. The federal government’s financial assistance in the form of $1,200 checks and $600 in weekly unemployment benefits also likely allowed some lower-income households to save more. That government assistance has since expired. 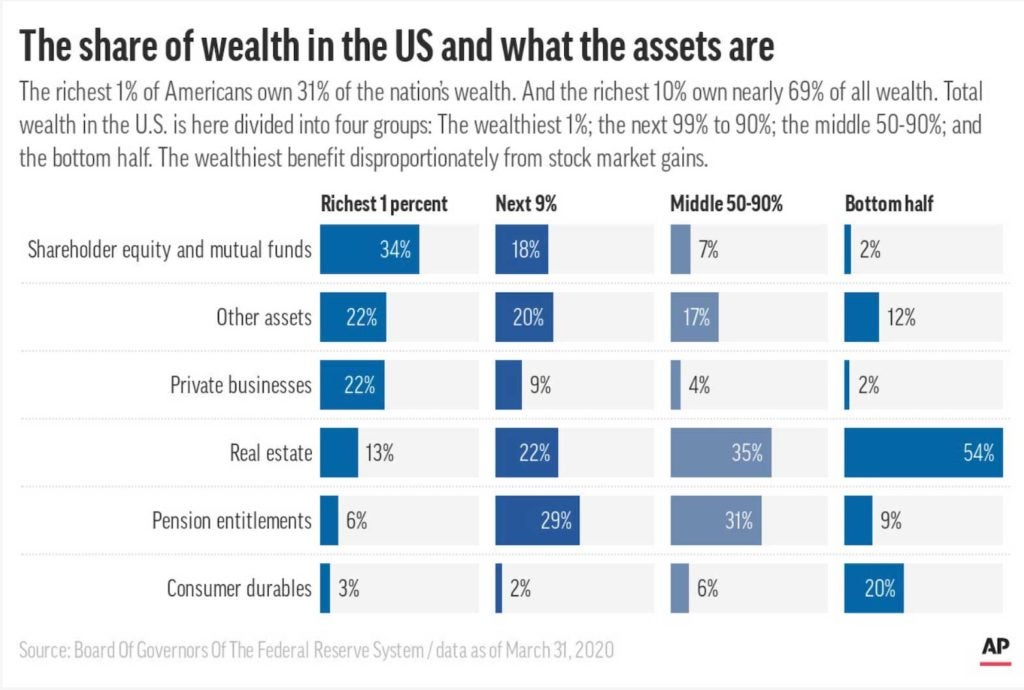 “Those are things that hold back our economy,” Powell said at a news conference. “If we want to have the highest potential output and the best output for our economy, we need that prosperity to be very broadly spread.”

Yet many analysts say the Fed’s policies have inadvertently contributed to inequality by disproportionately benefiting stockholders. The central bank has cut its benchmark short-term interest rate to nearly zero and is buying about $80 billion in Treasurys a month. Both moves have kept rates on government bonds ultra-low, thereby encouraging investors to plow money into stocks and boosting share prices.

The Fed has also bought about $12 billion in corporate bonds and exchange-traded funds made up of corporate debt. Those purchases are intended to ensure that the corporate bond market functions smoothly and that large corporations can borrow by issuing debt.

Its purchases have been relatively small relative to the size of the overall market. But the Fed’s actions have restored confidence in the bond market and enabled large U.S. companies to embark on a borrowing binge.

The Fed’s report Monday showed that business debt jumped 14% in the second quarter, after an even bigger rise of 18.4% in the first quarter.

Amanda Fischer, policy director at the Washington Center for Equitable Growth, a progressive think tank, said that the Fed could have required those companies whose bonds it bought to keep all their workers. Instead, for example, the Fed has purchased bonds issued by ExxonMobil, yet that company has said it is considering layoffs.

“The Fed did have the opportunity to attach conditions to the lending, and they chose not to,” Fischer said.

Powell and many economists have said that another financial rescue package from Congress would boost the economy and help narrow inequality, because Congress can provide additional direct payments and more jobless aid. Yet there is no signs of a deal in Congress.

Much smaller financial resources mean that many nonwhite households are forced to sharply cut spending after a job loss or reduced incomes. Research by economists Peter Ganong and Damon Jones at the University of Chicago found that Black Americans cut spending 50% more than whites when faced with the same income losses. Hispanics reduced theirs by 20% more.

Even with household wealth at a record high, millions of people face the threat of eviction or going hungry. A Fed report released Friday found that nearly one-quarter of adults said their family had received some form of economic help since the pandemic began, whether from unemployment benefits, food stamps or donations of groceries from charitable groups.

Nearly 23 million adults live in households in which there wasn’t enough to eat at some point in the past seven days, according to the Census Bureau’s Household Pulse survey.

The rebound in wealth “is not enough to say that the economy is back,” Jones said. “People have lost their jobs, they’re working less because it’s dangerous and risky and their hours have been cut.”