World will always remember Marcos as a corrupt dictator 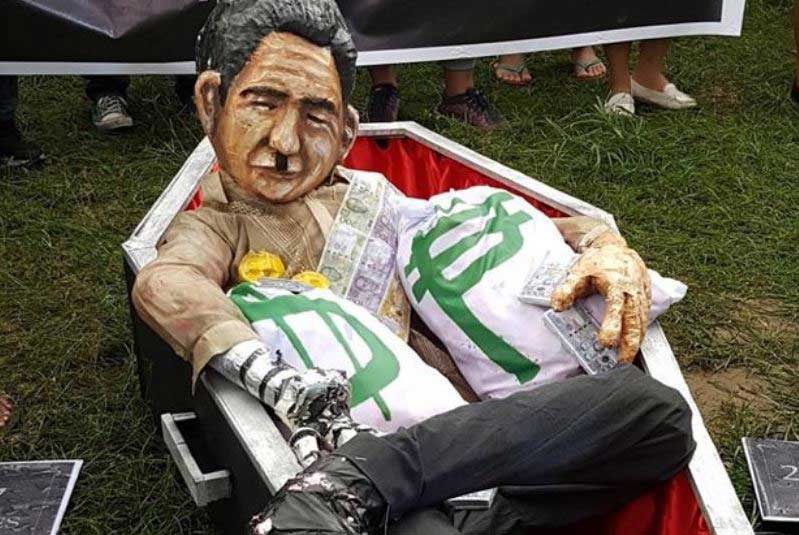 I will forever remember that September 11 is the birthday of the dictator Ferdinand Marcos (and July 2 is Imelda’s).

That’s because these dates were hammered into our heads for years.

I was a year old when Marcos was elected president, and was eight when he imposed martial law, launching one of the most brutal regimes in history. That made me the prime target of the Marcos propaganda machine.

Those of us who were children the Martial Law regime began in 1972 were supposed to play a critical role in defending that regime, in justifying the abuses and the crimes of the dictatorship.

It’s like in Nazi Germany. We were supposed to be Marcos’ version of the Hitler Youth, the obedient, committed followers of the dictator. We were taught the songs with Fascist lyrics, some of which I still remember to this day.

At 12, I was even a member of a junior version of the Kabataang Barangay, Marcos’ Hitler Youth, in our parish school in Cubao.

At least that was the plan. Well, it didn’t work out that way.

By the time I was in college in the early ‘80s, roughly a decade after Marcos launched his corrupt dictatorship, my generation, known as the Martial Law Babies, were, to use a popular term today, woke.

All those stupid songs praising Marcos, hailing his “New Society,” declaring that a “new day” had arrived, all the lies we were fed in the media about how he and Imelda had saved the nation, and created a “big beautiful country” — they didn’t work.

By the time I was in my late teens, the regime had clearly been exposed as a corrupt, abusive, violent dictatorship.

But the story didn’t end with his overthrow in 1986. There’s been an effort to change that history. Maybe it’s working, those memes claiming Marcos was a good, decent ruler, that he didn’t do all those terrible things historians, journalists and academics say he did.

This is happening largely because we, my generation and those before us, didn’t do enough to pass on the lessons of the Martial Law era to the generation that followed us.

Still, those who hope spread lies about Marcos’ record have an uphill climb in front of them.

They may manage to deceive some people through social media. But throughout the world, Marcos is still is and will continue to be remembered as a corrupt, brutal dictator.