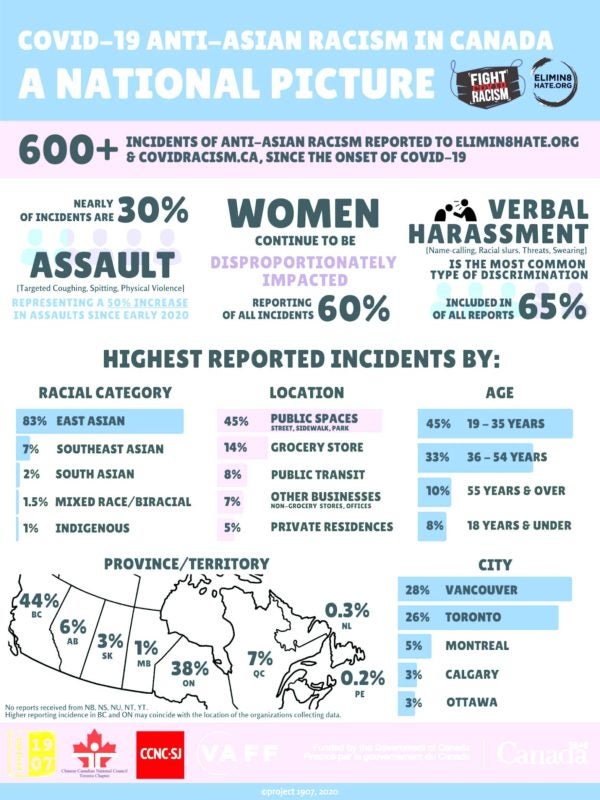 TORONTO — Canada has more racist anti-Asian hate incidents per capita than the United States, according to a report released on the anniversary of the 1907 anti-Asian riots in Vancouver.

Up to 600 anti-Asian incidents have been reported in 7 provinces since the onset of the coronavirus pandemic, according to the report released by the Chinese Canadian National Council for Social Justice.

women are even more disproportionately impacted, accounting for nearly 70% of all reported incidents.

Most recently, youths in Pembroke, Ontario attacked an 80-year-old Asian grandmother with a rock.

British Columbia has the most reported incidents of any north American province state, or territory.

Last month in Vancouver, a video showed an unidentified female shoved a 61-year-old Filipina woman against her car without provocation.

Authors of the report are calling for local governments to enforce anti-racism measures.

Those who have faced racist incidents are encouraged to report them via elimi8hate.org or covidracism.ca.