Trump’s Legacy: Nearly 200,000 Americans dead, and the number is growing 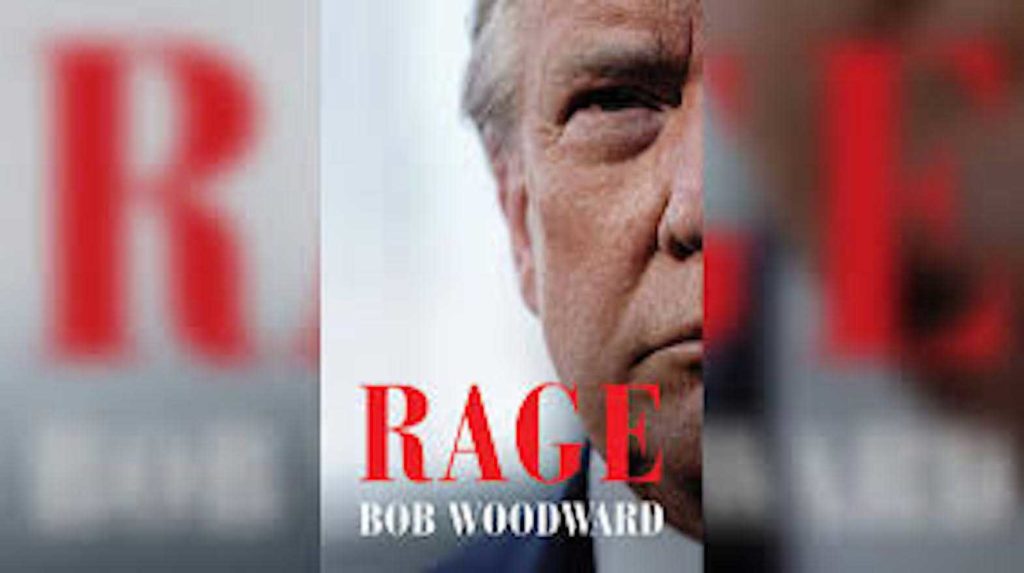 I wish I could take a deep breath and consider what I’m hearing in the news, but I’m in California.

In our most Asian American state, no matter where you are, you can’t escape all the fire and the flames. It’s sort of like news on the latest Trump outrage. Smoke drifts in and discolors everything, turns life into a Trumpy orange haze.

The whole state is on fire. And so is our democracy.

If you haven’t heard, read, or seen what Trump told Watergate journalist Bob Woodward on the record and on tape about the coronavirus, here’s the key highlight.

The president knew about Covid-19 as early as Feb. 7 of this year after speaking to China’s President Xi.

“You just breathe the air and that’s how it’s passed,” Trump, the non-masker, told Woodward in one of 18 interviews the president gave the journalist for the new book, “Rage.” Why would Trump do that? His campaign aides reportedly were shocked to find out. The president’s ego must have gotten in the way.

Or maybe he wanted to confess that he knew more than he let on to the public in February.

“It’s also more deadly than your, you know, than even your strenuous flus, you know, people don’t realize we lose 25,000, 35,000 people a year here,” Trump said. “This is more deadly, this is five per–you know, five percent versus one percent and less than 1 percent. You know deadly stuff.”

Finally, on March 16, Trump first introduced the task force and announced 15 days to slow the spread of the virus.

But you’ll recall on March 19, Trump was still talking fast and loose about the virus, despite knowing its deadly nature. He even joked about it, referring to it as the “Kung Flu” and the “China Virus.”

It was the double whammy of Trump’s inaction, plus a signal to his base to blame Asians for this disruption in their lives. It’s led to thousands of racist attacks against Asian Americans.

Meanwhile, as Trump defended his xenophobia to the media, he was talking to Woodward again that same day, March 19.

In that call, Trump said he was finding out it wasn’t just old people affected by coronavirus, but young people too. Woodward pressed Trump on why he seemed to be pivoting from his public view. And that’s when Trump says the most damning thing on the record about the coronavirus.

That’s the president telling us there’s no fire. Despite all the smoke? The orange sky? The fleck of ash falling in your coffee cup?

Trump downplayed it all. (Of course, has he even mentioned the fires that have ravaged California, Oregon and Washington?)

And as the downplayer-in-chief continues to do so during the pandemic, businesses fail; people lose jobs; rent goes unpaid; food shortages rise, and the death toll is steadily heading to 200,000 Americans.

This is your leader who lies to your face about the deadly situation we’re in and continues to go maskless and hold super-spreader rallies because he’d rather sacrifice your life before his own presidency.

I wanted to be the first to say “Resign.” But people I know shot back, “He’ll never resign.”

Yes, but he should.

Then I heard Woodward’s Watergate pal, Carl Bernstein, on CNN.

Bernstein said instead of letting us know what we’re facing, Trump covered up a “grave national emergency.”

“This is one of the great presidential felonies of all time, maybe the greatest,” Bernstein said. “And we have the smoking gun tape of the president committing the felony.”

Bernstein called it a “homicidal negligence.”

What else do you call a situation where slow-playing the virus has resulted in 6 million people infected and 190,000 people dead in the U.S.?

The onus is now on the Republican leadership. Time to think about the country and not your political self-preservation, folks. Be a real patriot and hero. Will Mr. Elaine Chao (Kentucky Sen. Mitch McConnell) have the guts to lead others in confronting the president, just as Republican leaders told Nixon when it was time to go?

Said Bernstein: “[They] told Nixon he had to resign, and the facts here are even graver than in Watergate.”

And that’s the state of America. We need to see Republicans with the courage stand up to the downplayer-in-chief and tell him to his face he is unfit to lead and has been derelict in his duties.

Maybe they should tell him if he really wants to make history, it would be better, cleaner, just to leave right now.

I know, I’m being naïvely innocent in the goodness of those who lead. Except now. We have never had a leader quite like this, who doesn’t even have the grace of Nixon to get out.

But there’s no time to pause for a deep breath to think where this places us in history. Without question, it’s graver than Watergate. Our democracy’s burning. Good people know it’s time to put the Trump fire out.

Emil Guillermo is an award-winning journalist and commentator. He writes a column for the Inquirer.net’s North American Bureau. Twitter @emilamok. Listen to his podcasts on www.amok.com