Ferdinand Marcos bilked the nation out of billions of dollars, caused massive poverty, and made the few rich Filipinos richer through cronyism. As the first and last Filipino president to win a second full term, he told himself, “Two terms for me are not enough” and crafted a plan for an indefinite extension of absolute power.

Marcos won the November 1969 election, mainly due to massive spending of 1.3 billion pesos in debt-funded infrastructure and other non-essential projects. The nation was plunged into a financial crisis as the value of peso dropped and the economy was in free fall. When he violated fundamental human rights and pulled the Filipino spirit downward, not sideward, as if a heavy weight was tied around the ankle, it was then that the individual suffering of every Juan and Juana de la Cruz graduated into national anger. 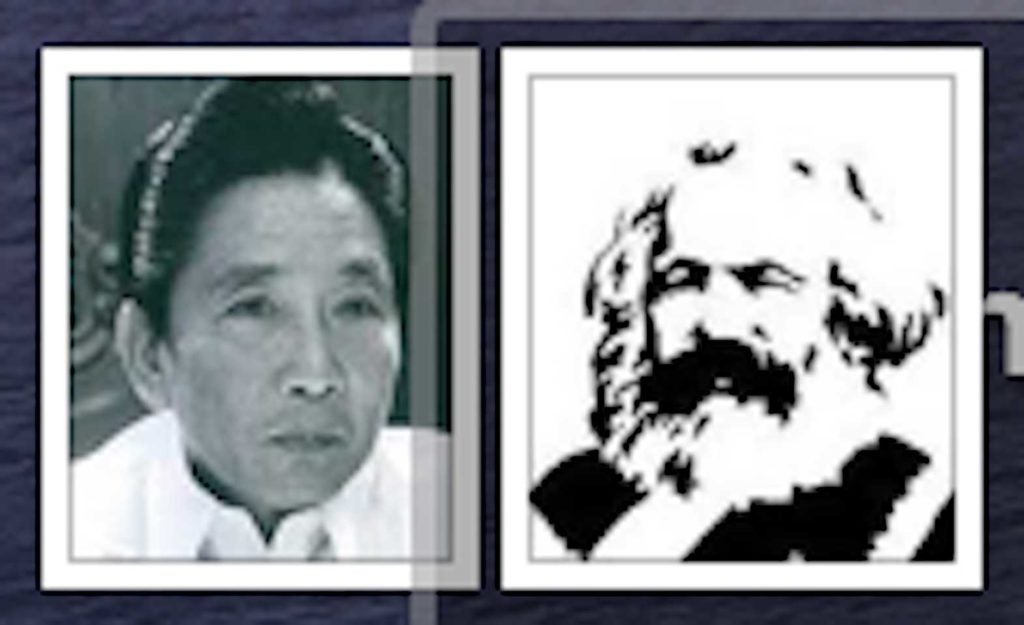 Marcos himself pictured the restless situation as a “social volcano,” of course, denying that he was the one who made all things look black and bleak, and the future hopeless and helpless.

A period of civil unrest known as the First Quarter Storm of 1970 was inevitable. As thousands of students learned to organize anti-Marcos marches and demonstrations, the nation witnessed more and more enlightened Filipinos like Sisters Christine Tan, RGS, and Mariani Dimaranan, SFIC, going to the streets, fighting back, and screaming “I choose not to be afraid.”

The Philippine strongman tagged all those who opposed him as Marxist-Maoists. During this time, Marxism was a powerful force outside the Catholic Church and Liberation Theology was a powerful force brewing inside, even as the Third World hailed Gustavo Gutierrez’s landmark book Teología de la Liberación, published in 1971.

Karl Marx’s Thesis 11 on Feuerbach, “Philosophers up to now have only interpreted the world in various ways, but what matters is that it be changed” had a heavy impact on Liberation Theology. Its emphasis on social transformation (es kommt aber darauf an, sie zu evändern) attracted Catholic clergy, religious, and seminarians who felt the need to resist the Marcosian tyranny, which they identified as the absolute source of poverty and misery.

Marcos kept a diary. An entry on page 73, dated February 9, 1970, reads, “Conferred with the two Cardinals, Santos and Rosales, on the Jesuits and bishops propagating radical ideas – like Father Ortiz, Murphy (Tom), and Blanco as well as the seven bishops…” To Marcos, the Church leadership replied that Marxism was evil because it advocated armed struggle to topple down the bourgeoisie and that preferential option for the poor did not make the ordained ministers Marxists but followers of the Master (Luke 4:18).

Marcos unleashed his attack dogs and instigated the brutal crackdowns. Over 300 Catholic clergy — including Bishops Francisco Claver, SJ, of Malaybalay, Antonio Fortich of Bacolod, Julio Labayen of Infanta, and four other prelates — were accused of subversion and ordered arrested. They also arrested 18-year old seminarian Amado Picardal, brought him to Camp Sergio Osmeña in Cebu, and dumped him inside a small dark windowless “dragon room.” There he endured solitary confinement. In between severe tortures, he penned A Prisoner’s Psalm and I quote an excerpt:

“My fingers are swollen, I cannot clench my fist

My ribs are broken, I cannot stand erect

My whole body is inflamed, it is getting numb…”

“I was thirsty and they forced me to drink rum

To loosen my tongue and reveal to them the truth.

They stripped me off my clothes and my dignity…”

Marcosian dictatorship was the antithesis of Marxism. The first wanted to enslave the poor and make them eternally indebted and, in contrast, the second wanted to liberate the proletariat, the working class, from the exploitation of the bourgeoisie.

However, Marcos (1917-1989) and Marx (1818-1883) had one thing in common. Though separated by different historical periods, both were social influencers who believed in the mighty use of deadly forces (military force in the case of Marcos, hence, Martial Law) to effect social change.

The Catholic Church in the Philippines fought two evils at the same time: Marcosism and Marxism.

Jose Mario Bautista Maximiano ([email protected]) is the author of THE SIGNS OF THE TIMES and the Social Doctrine of the Church: An Epistemology (Salesiana, 1991) and THE CHURCH CAN HANDLE THE TRUTH (Claretian, 2017).